I am testing the limits of the Doom 3 engine - in regards to maximum map size.

I noticed some stencil shadow precision errors that become more pronounced when objects get further and further away from the map origin. 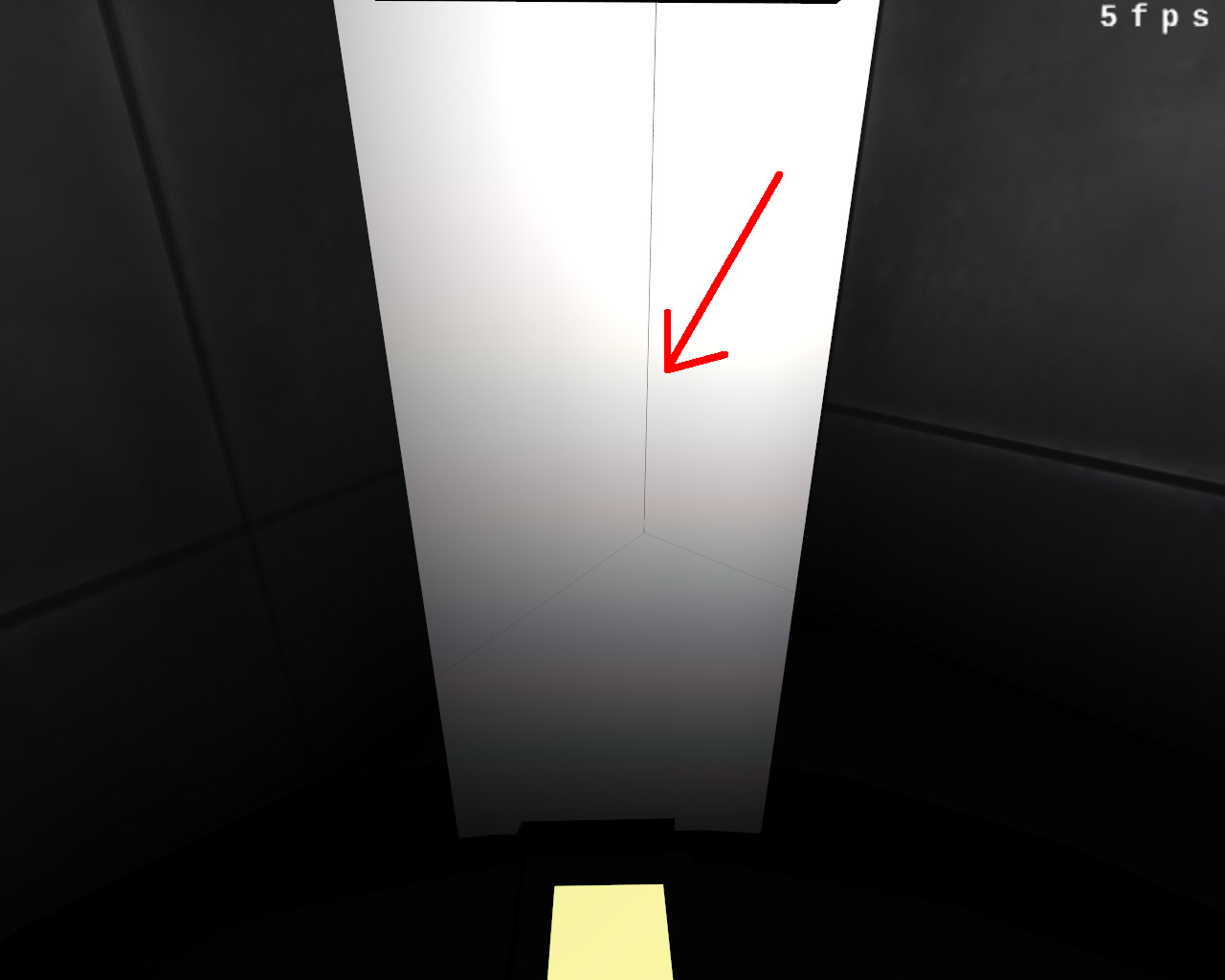 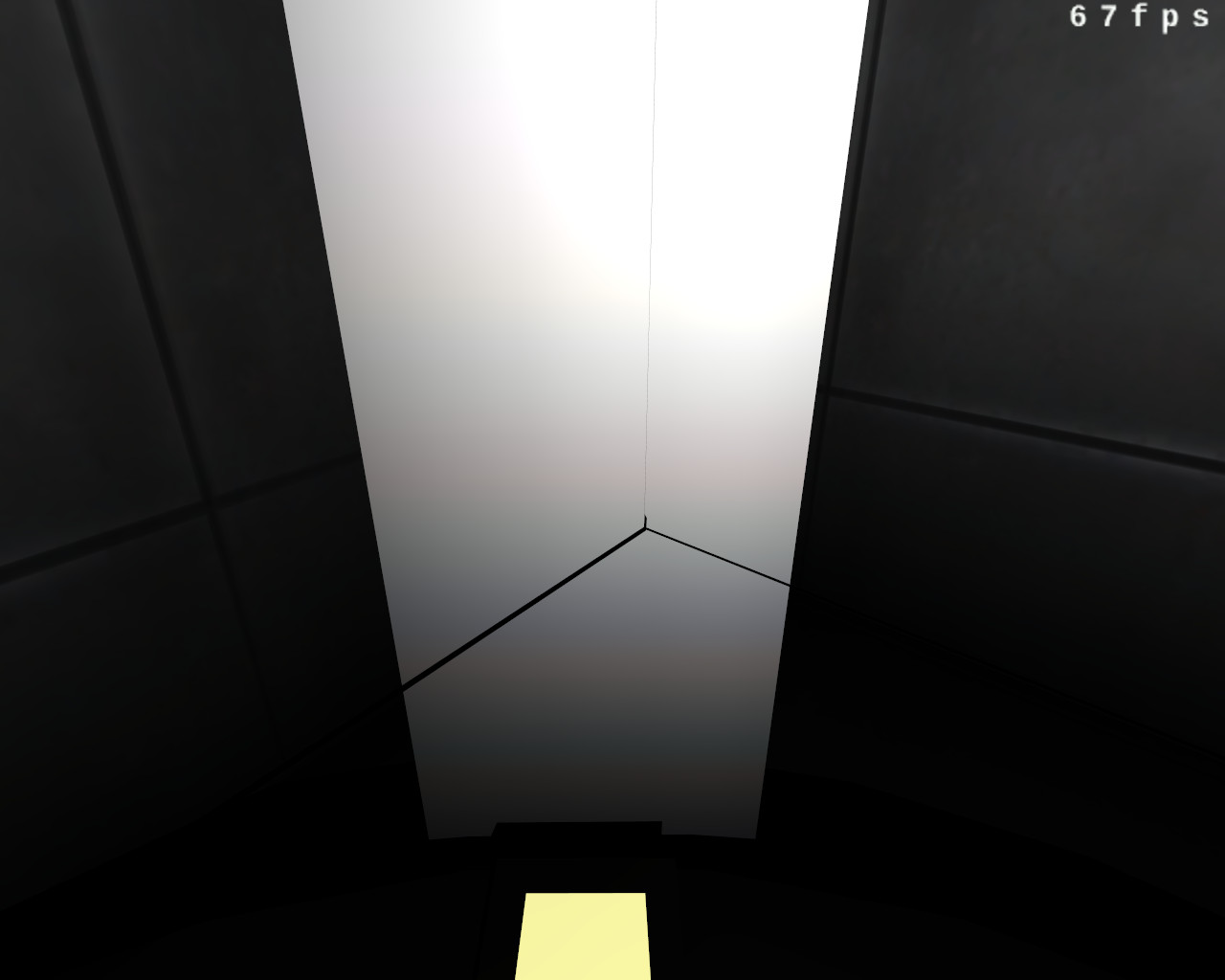 I believe these errors have been referred to as "shadow cracks" but I am not positive what these artifacts have been previously called.

Nearly all of the artifacts appear along the bounds of the lights/shadows - which can be seen here: 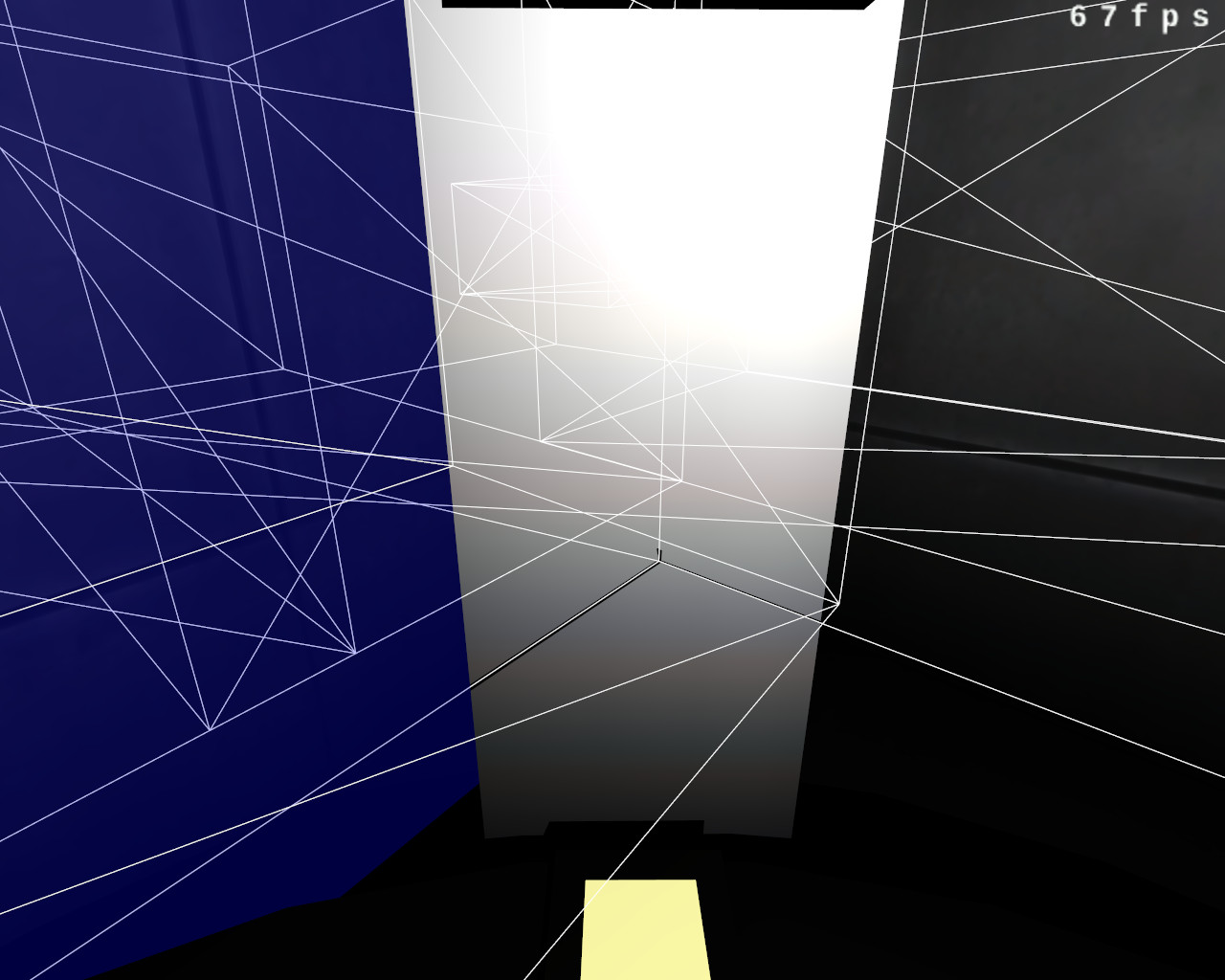 Has anyone seen this type of graphical artifact before with stencil shadows? What are they called? What is the cause? 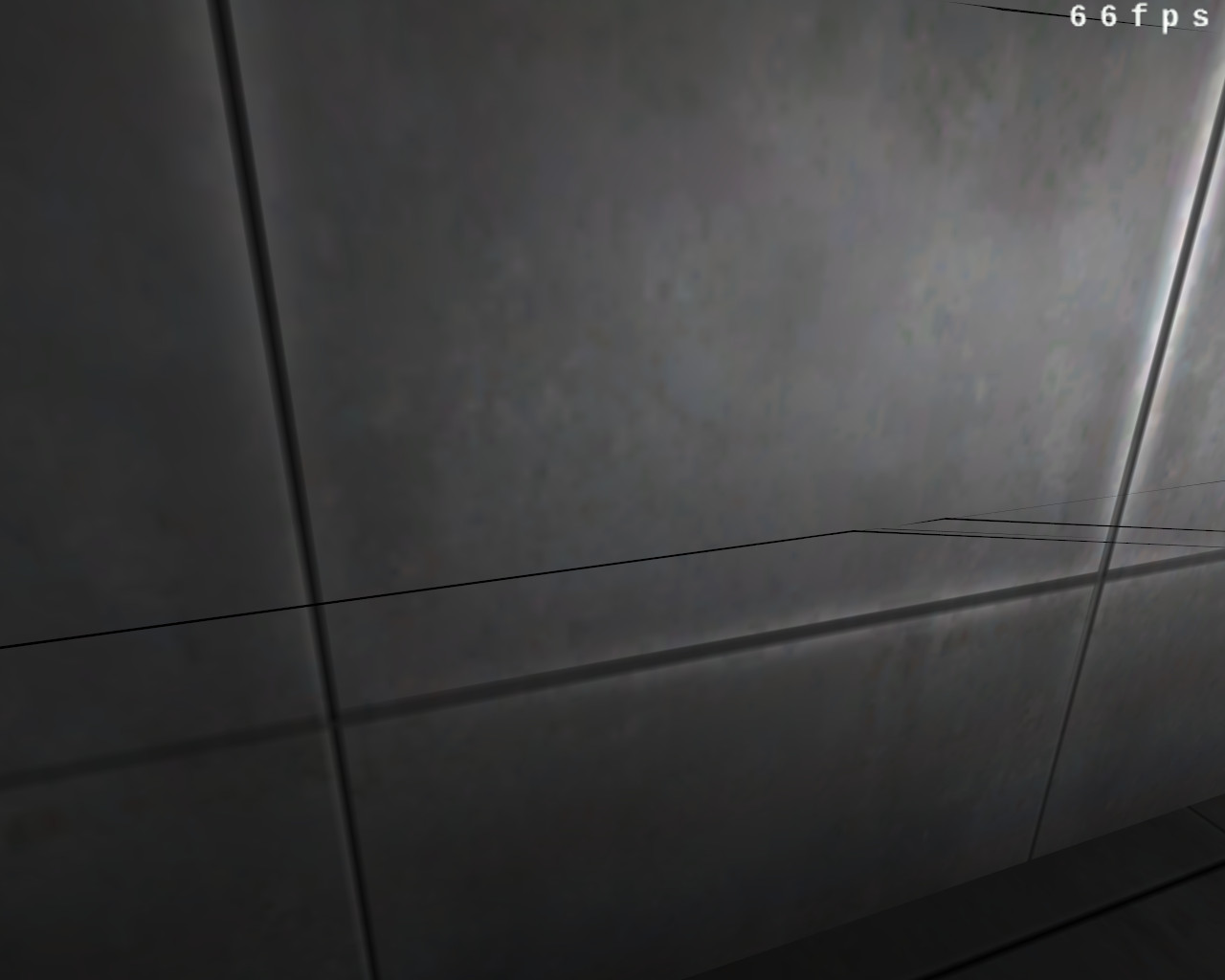 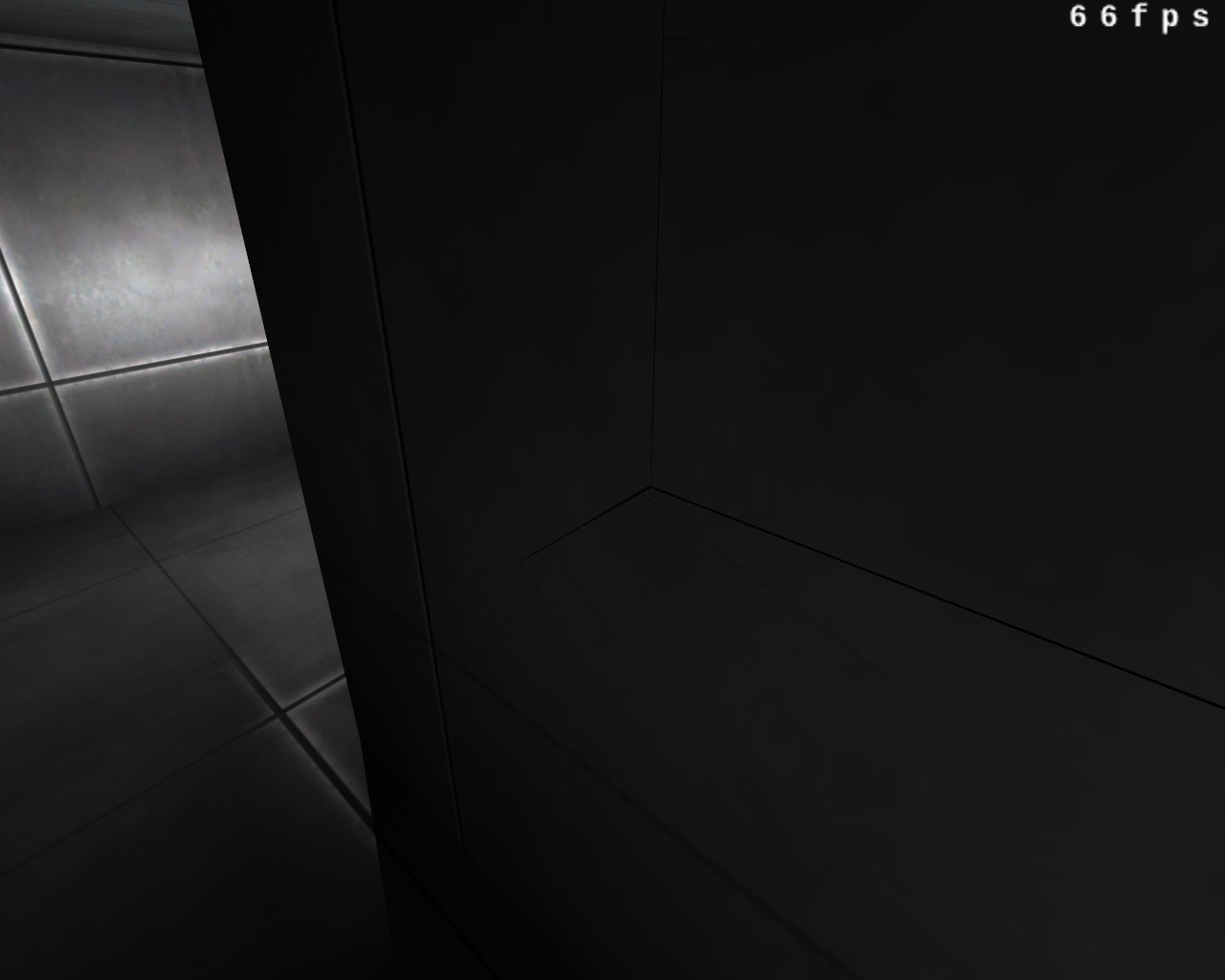 This is the vanilla Doom 3 Engine as found here: https://github.com/TTimo/doom3.gpl

I noticed while testing the r_useOptimizedShadows cvar (which handles the shadow volumes of the worldspawn geometry) that the artifact disappeared. Then I worked my way to this function:

which I changed to this:

That gets rid of the artifacts - but now it assumes that we are never inside shadow volumes of the worldspawn geometry. So whenever we do go inside a shadow volume, that shadow volume is not rendered properly.

I did finally figure out a solution - actually a few different solutions. I did not figure out the actual cause of the artifact from a graphics programming perspective - but I did find some solutions.

As I previously stated in my question, it appeared that the artifact was only occurring on the pre-computed shadow volumes of the worldspawn static geometry (which is basically geometry that the engine knows is never going to move so it pre-calculates ahead-of-time the shadow volumes and other things with a command entered in the console called "dmap"). I did not figure out why it was only on the shadows of the static worldspawn geometry and not on any of the ASE or LWO models.

I have had success with option 2 - "SO_CULL_OCCLUDED". It fixes all the artifacts - it takes a bit longer to run - but I believe a lot of this time is spent printing large amounts of information to the console - these prints could probably be reduced or done away with.

One the of the places that gave me some clues was the comment here in tr_stencilshadow.cpp:

Now, the problem with only doing this "extra" shadow optimization during "dmap" is that if any of these lights are ever moved (which is always possible depending on the type of project you are doing) - it will then default back to the "un-optimized" real time shadow volume creation process (for the moved light) and the artifacts will reappear for that light. So the only way to guarantee that these artifacts will not appear is to always run the very expensive optimization process for these static worldspawn shadows. It is in fact very expensive so this would be an absolute last resort if you can't figure out a proper graphics solution. (if you do, make sure to post your solution here.)

I would recommend for anyone creating large maps for the vanilla Doom 3 engine - and using worldspawn geometry - that they create a cvar that they can change depending on their needs for the real-time creation of the optimized shadow volumes. I called my cvar r_useExpensiveShadowOptimizations - which appears to be an oxymoron. For example:

I also recommend that depending on how large your maps are(and assuming the lights will not move), that you increase the static shadow volume optimization level with the "shadowOpt" parameter for dmap.

So basically all of the things you need to have a large map and not have shadow artifacts are there for you, you just need to decide which ones you will need to use. Doing it in real time is extremely expensive and should only be done as a last resort if you can't find a proper graphics solution. Doing it in DMAP makes perfect sense as it solves the problem and only takes a few more seconds for the map to compile.

It could very well be a floating pointer precision error, since Doom used floats for the rendering (mainly an OpenGL limitation). However, fiddling around tr_stencilshadow.cpp, I've noticed this comment which might be related to the issue (inside PointsOrdered() function):

So there it is. It might also be a known limitation of the way the shadow rendering was implemented. Quite frankly, the code is very messy and hard to read, so I can't tell you for sure. You might try mailing the devs to get more info.

Not the answer you're looking for? Browse other questions tagged opengl shadows .