Moving gameobject with animation according to my script Unity3D

I am developing a game with Unity3D with an horizontal list of elements which you can move with arrows. Here you can see an example: 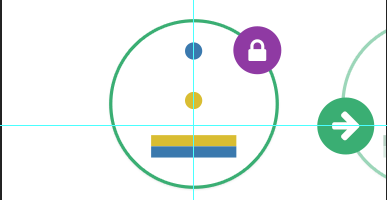 I have created animations in order to modify the alpha value of the elements and to move them according to my script:

I have tested the code and it works correctly without animation, but I can't get it works according to my animation. What can I do? I have read about apply root motion but It also doesn't work for me.

The answer was here: http://answers.unity3d.com/questions/194798/scripting-animated-variables.html

Animations always "take over" the control of the animated value (position / rotation / or a script value) because it always sets the value to an absolute value. However you still can affect the value but you have to decide what's the better solution in your case:

Use [LateUpdate()][1] to modify the value. Modify means you just scale the actual value instead of setting it to a new value. In LateUpdate all animation components have applied their values for thi frame and you can "overwrite" the value as you need it.

Not the answer you're looking for? Browse other questions tagged c# unity animation gameobject or ask your own question.