So, I am trying to program in opengl (3.3) a kind of robot. The idea is that I have some simple blocks that represent his body (4 rectangles for his arms, one for the torso and the last one representing the head). To simplify a made a bad picture of my idea. 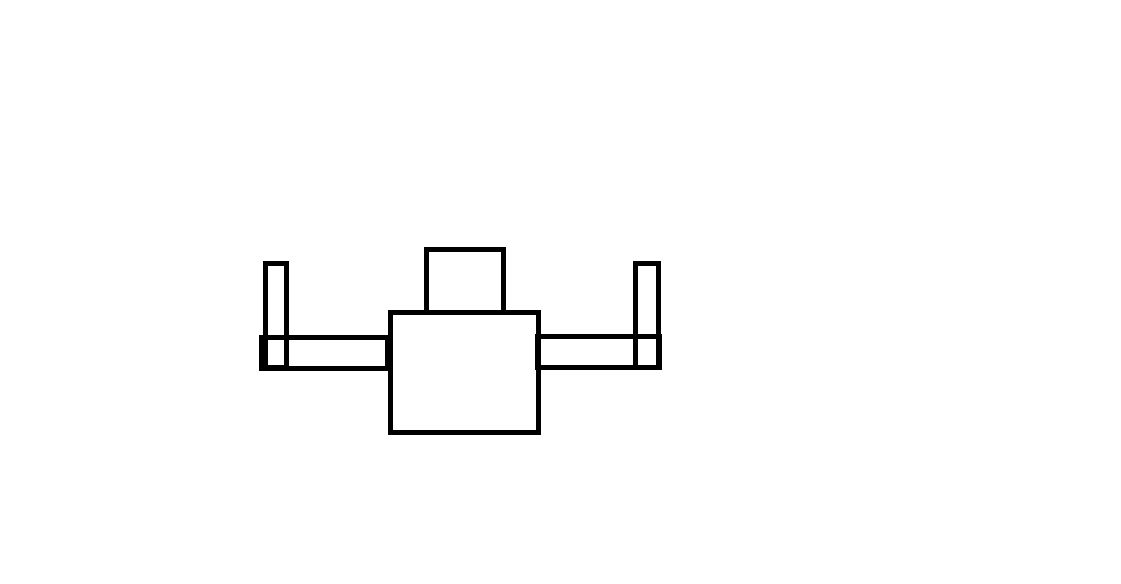 So now what I want to do is to make him move his arms depending on keyboard commands. Doing that would be just rotating each arm the amount that you want (translating too). But I am stuck because the only way I found to make striped rectangles (just the borders) is using the geometry shader. From the little I know about opengl, transformations are applied in the vertex shader, which would not work for my idea. Would be inefficient to apply the transformations on the geometry shader? (It is from what I know). If so, is there an easier way of drawing those rectangles?

EDIT: Ok, I can simplify a lot this question. The thing is that I want to draw those "skeletal" rectangles, but the only way I know how to do it is using the geometry shader. But with this comes the problem of the transformations, so I would want to avoid doing that. There is another way to draw those skeletal shapes?

Looks like you don't have a clear understanding of what you can do in each type shader. You don't need a geometry shader to do this, a vertex shader is enough.

I suggest you to have a look at this tutorial that shows how to draw triangles in modern OpenGL. Once you understand how you can draw, play with the function void CGLRenderer::SetData(), which is where you set the actual vertex positions of your primitives. What you probably want to do is modify the Vertex Buffer Object content depending on the key that you press, this will change the position/orientation/size of your shapes.

Perhaps this is another good tutorial for you. It shows how to create a spinning triangle in WebGL using fragment and vertex shaders. See the result here.

Not the answer you're looking for? Browse other questions tagged opengl shaders or ask your own question.

0
GLSL: can i use matrix transformation functions in vertex shader?
3
what happens with missing vertices in geometry shader
5
How do I add a border to rectangles using a shader?
2
White dots artifacts when applying borders to hex tiled geometry
2
Unity: Simple “pass through” geometry shader
1
Why is my tessellation output failing to reach my geometry shader?