I have been making a game like Minecraft or Terraria in which you add blocks and such to the world, and I came across this interesting debacle, the game is in a top down 2D perspective, and I would like to make it so users can add water to the world, however I would also like the water to behave like water would in the real world.

In other words, spread.

However, this would not stop the water at that point, flooding the underpart of the map and creating little islands where the players have made things.

I could also pre-make the map, and put the water in that way, allowing the land mass of the map to go unscathed, however this prevents the players from making their own rivers and whatnot.

So my question is, do I prevent players from using water? Or do I allow them to and try to fix any disasters?

Would there be any use to code that allows me to limit the amount of water generated?

The reason water is important is due to the fact that several water vehicles are being planned, and water could be used as a resource to feed the player (dehydration etc)

EDIT: I have worked in water as follows. It the player will add the water like a block, at this point the water will spread in an equal outward direction.

If the water intersects ANY block it will stop and proceed with phase two, which is to move back and forth to simulate waves.

I found that through using XNA's ability to locate the side of the rectangle intersected, I can make it continue on down a length

Here is an image of the partially completed function in action 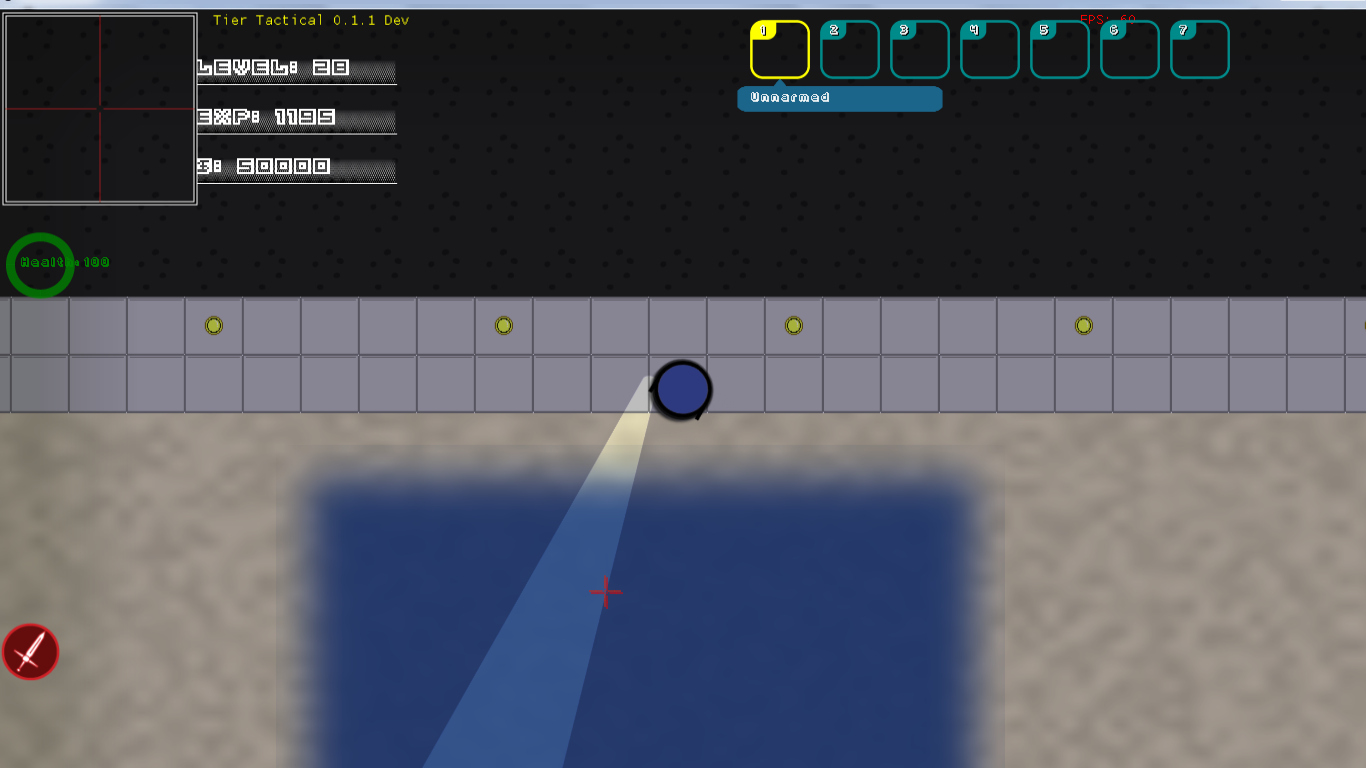 I'm not quite clear on what you meant in your question, but I believe that limiting the spread of a particular water source would indeed solve your problem.

Perhaps something along the lines of giving it a height and maximum water limit when spawned, and decrementing the height and max water each block it goes along, with spreading to a lower block (you mentioned it was 2D top-down but gave the impression that there was height to blocks, is that correct?) giving it more height but not maximum water. Or just height if you think that would help solve your problem.

I say go ahead with water, just keep experimenting until you find a balance that suits your game.

PS: I'm not sure if it's relevant (I would add this as a comment if I had the rep to), but I personally loved the fact that in Minecraft an ill placed water block could cause havoc, those parts of the engine were what helped make it so fun imo.

I'd just like to add a couple items to consider. The first is the speed at which water will transfer to an adjacent empty area. For example maybe one block of water will transfer 1/3 of it's volume per second to every open block next to it. If you open a second space for water, it would take two seconds (or whatever a tick of game time is) to get an equal amount of water in each space. If two spaces are opened, you would have all three spaces at an equal amount in one tick.

There shouldn't be much reason to keep it out. The player will likely learn to be careful. I would limit the amount of water generated. If you want to allow for a flowing source of water, I would make sure that there is some sort of outlet for every inlet.

The last item I would consider is an amount of water that is considered negligible and should be destroyed. Essentially evaporation of a very thin layer of water.

3
Some advice for settling on a map format for a tile game?
1
Random Placement of Objects on a Tilemap
23
How can I add a satisfying objective and/or win condition to a game with respawns?
1
Ideas for fair travelling system for text based RPGs
0
Toggle action for gamepad triggers, whilst being held down
1
Game mechanics for a persistent real-time strategic/tactical game
4
Is there an "official" term for the "key-door problem"?