I'm a new comer to Unity. In Unity, when I click to main camera in Hierarchy view. I see 6 lines: one blue, one red, one green and three white. I know red/green/white lines for (x,y,z) location but I don't know what the meaning of 3 white lines is. 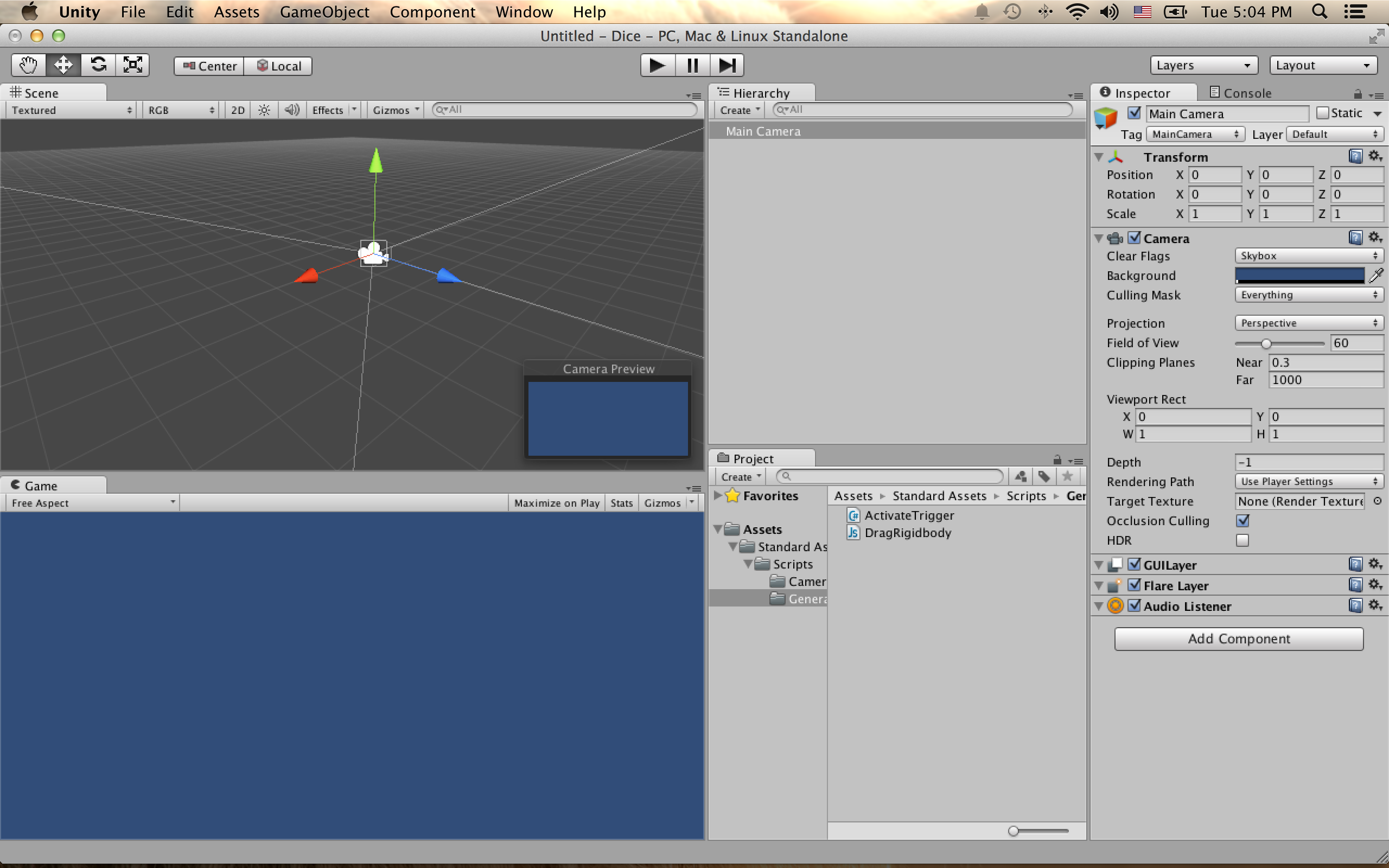 When I resize scene view I see that white lines change respectively. And at some points, three white line same with three color line as image below: 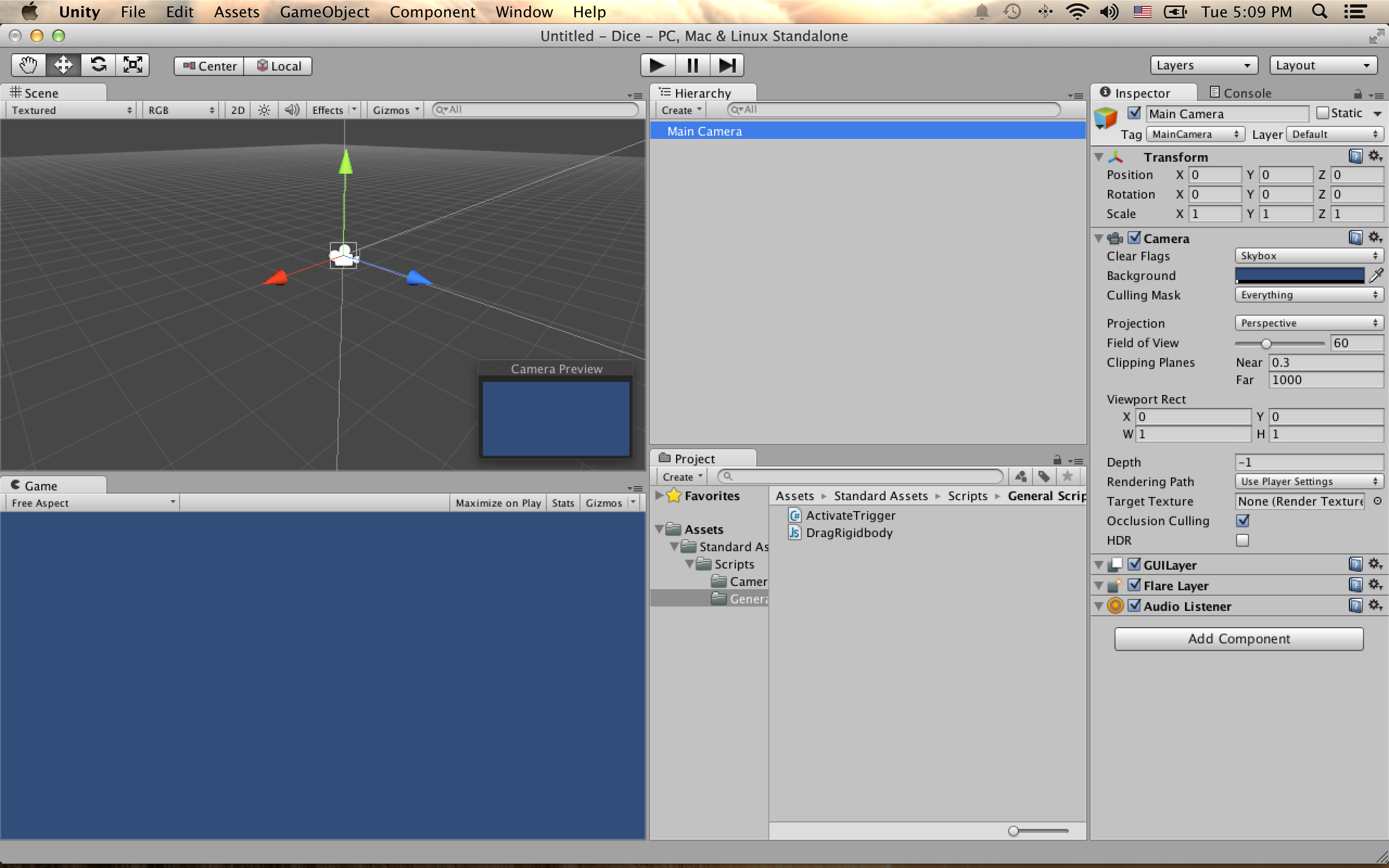 Please explain for me. Thanks :)

The white lines are the view frustum of the camera. It shows what is within the camera's field of vision.

The frustum can be thought of as a pyramid, with the point oriented at the camera, and the flat rectangular base pointing outwards.

This representation of a camera in virtual space is common to many 3D programs and discussions of virtual 3D space in general. In some discussions of the frustum, you will see it depicted as a trapezoidal prism (think pyramid, but with the tip cut off) because in virtual space, the camera doesn't always see all the way to the horizon (that could get very inefficient).

2
Checking if object passed between two other objects
6
How to create a White Hot thermal camera?
1
Gameobjects disappearing when changing renderer.material.color
2
Help understanding camera/scene Unity
0
Why when coloring a Light from green to red it's coloring only part of it in red?
1
Color change effect, with a sharp line separating the old & new colors
0
Why when using Linerenderer it's drawing a line also in scene view?
0
How can OnMouseDown in the parent object be triggered from the child placed on top of it?
0
How to fix 'procedural skybox' visible horizon line on 'screen space camera' canvas?
0
Unexpected white pixels when using terrain painting brush