I'm looking to use A* Path-finding as a method of navigating my game terrain. Trouble is, my terrain is built upon play using a script and A* grid does not detect this, therefore marking all nodes as "un-walkable".

I'm wondering if anyone knows a solution for this or an alternative path finding method. I have tried enabling the terrain to spawn on edit more using ExexcuteInEditMode, but this does not seem to work either.

The terrain was generated through a fantastic guide called Procedural Terrain Tutorial.

Would greatly appreciate any help I'll be able to get.

I've attached some screenshots for clarity : 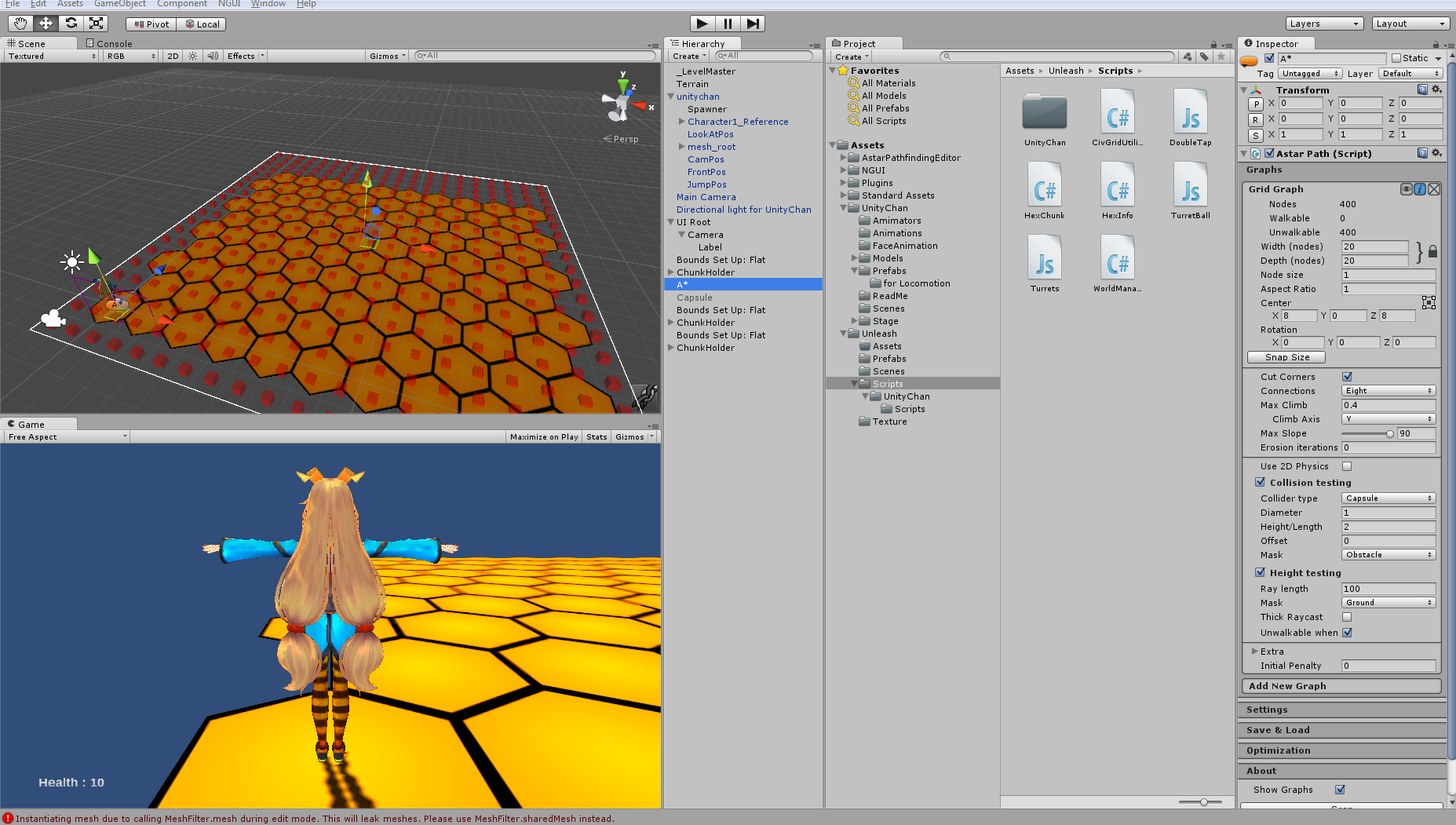 Based on your picture and your other questions you are using the Arongranberg A* Pathfinding Project.

Second, use Update-Graph over every generated area (that means you create area, then you update the graph). If you add any obstacles after that, you have to update the graph again (or add obstacles before Graph-Update).

Additional note: You use a grid-graph, but your field seems to be made up of hexagons. You may use a point-graph with the points beeing located in the center of the hexagons. But I'm making assumptions about your game here.

Once your terrain is built start by manually turning down booleans for unwalkable nodes to walkable, You may think this as a forced method, but you need to assign

So that all values lying at the edge of the terrain grid are neutralised, and all values inside will be determined by A* script which is followed after this step, if your start and end are nonwalkable at start, after A* pathfinding , they have to be walkable for algo to start, which is then followed by UV Mapping which can invoke and take care of these calls

Not the answer you're looking for? Browse other questions tagged unity path-finding terrain procedural .

3
Working with chunks of terrain
6
Generating terrain using Marching Cubes
3
How to play character animation when using A* pathfinding
0
How do I change the size and specific height values of Unity generated terrain?
2
How to add prefabs to the terrain and still retain scripts, colliders, etc.?
0
Chunked A* Pathfinding Issues
0
Unity NavMesh pathfinding using Job System
0
Pathfinding How to store data for big terrain size