I am making a simple game right now and am struggling with collision response. My goal is to someday be able to turn it into a 2D platformer but I have a long way to go. I am currently making this in JavaScript and using the canvas element so (0,0) is in the top left and positive X is to the right and positive Y is down.

I read a helpful post on StackExchange that got me started on this but I can't seem to get the algorithm 100% correct. How to deal with corner collisions in 2D?

I can detect the collision fine but I can't seem to get the response right. The goal is to detect which side the player hit first since minimum displacement doesn't always work. The X response seems to work fine but the Y only works when I am far from the corners. Here is a picture showing what happens 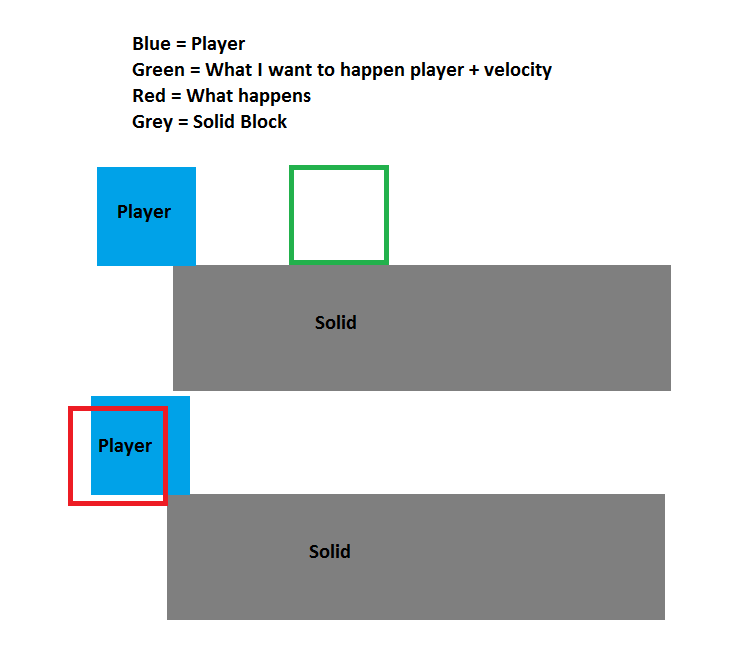 Here is the code

And here is a JSFiddle if you would like to see the problem yourself. http://jsfiddle.net/dMumU/

To recreate this move the player to here 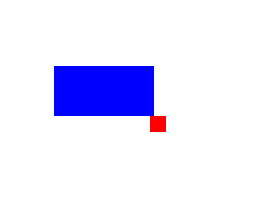 And press up and left at the same time. The player will jump to the right for some reason.

Any advice? I know I am close but I can't seem to get xTime and yTime to equal what I want every time.

Also, your code can be shortened and simplified a lot. Here is how I’d rewrite it:

I’m afraid I must have done something wrong with your jsfiddle but this example should work: http://jsfiddle.net/4zh0aytd/

The error comes from yTime and xTime. Since you are using a rectangle that is wider than taller, your xTime is always greater than your yTime. This is way when colliding in the x directions it works, and when colliding in the y directions, the wrong thing happens. You can test this by swapping the width and height dimensions of the box, and the error will be just the opposite then.

Not the answer you're looking for? Browse other questions tagged 2d collision-detection response .

22
How to deal with corner collisions in 2D?