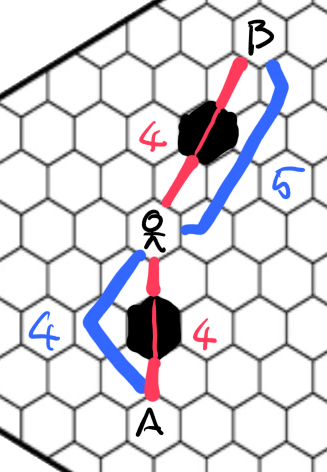 The mistake in this post was treating any red line that crosses a hex as being equal. Those red lines are not all the same length in the Euclidean space of the player's screen (ignoring the grid).

That makes the straight-line distance to A:

Compare to the straight-line distance to B, which is:

Two ways to see this: 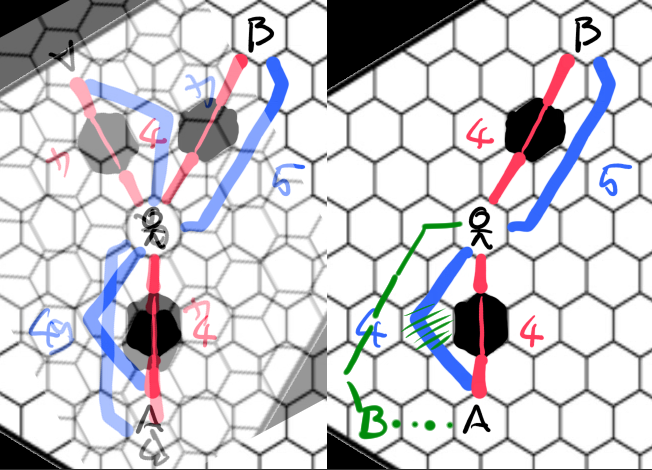 Not the answer you're looking for? Browse other questions tagged movement roguelikes hexagonal-grid line-of-sight .

10
Longest path algorithm for roguelike maze generation
50
Looking for a good technique for character movement in hack&slash game
10
Simulating "line of sight" with obstacles on 2d grid?
8
Implementing David Silver's Cooperative Pathfinding in Real-Time
3
Determining whether an object is in field of view considering obstacles
2
Smoothing Pathfinding on Tile-Based Terrain but Free-Roaming Player
0
Line of Sight with Bresenham
0
2D party follow the leader in Unity?