How to mimic the same fixed-size horizon as in this racing game?

I am trying to replicate the same horizon (buildings and sky) as in the image below: 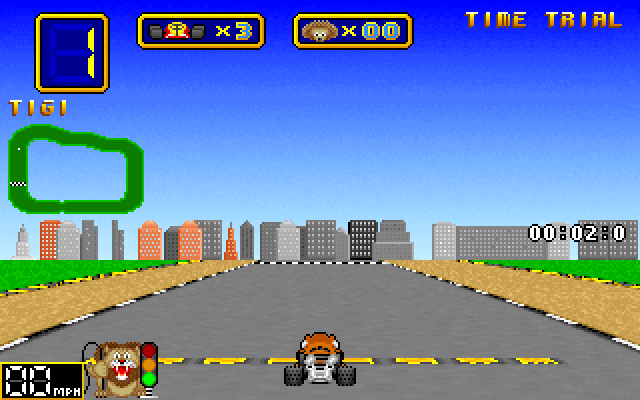 As you can see, the player has advanced in a straight line, yet the horizon has still the same size: 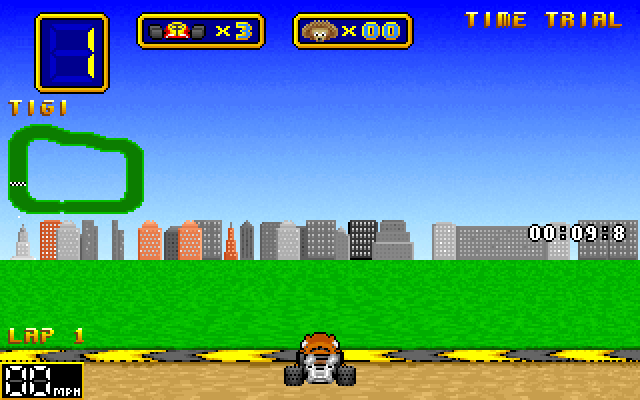 This is my attempt using 3D, while it's okay when the player is on the start line: 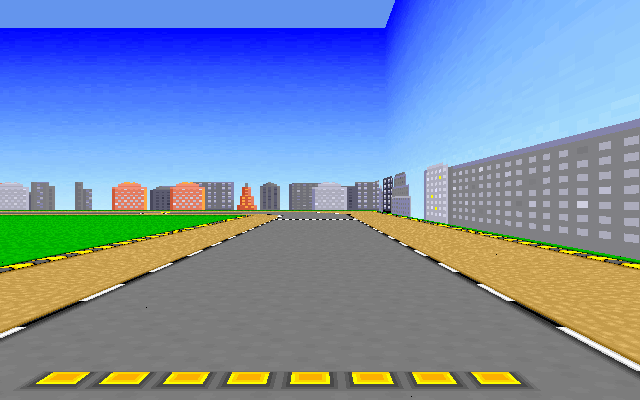 It's not so great when the player advanced as much as in the image no. 2: 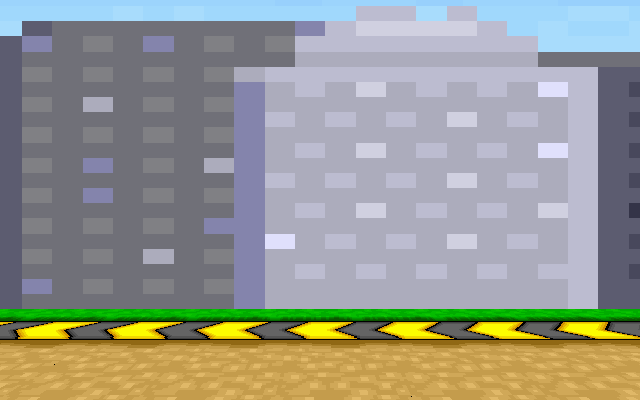 This is an overview of where the horizon buildings and sky are located: 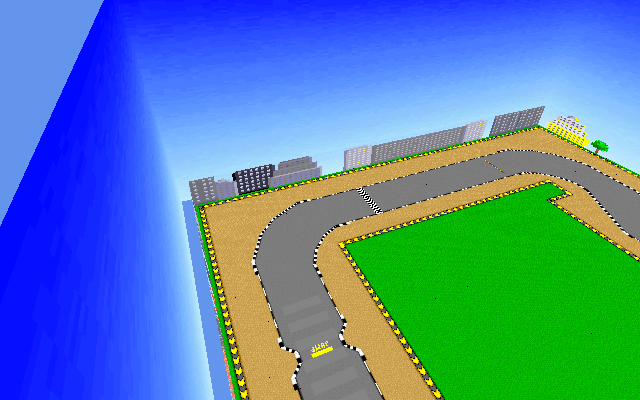 Obviously this won't achieve such effect when one is close to it, so I've tried to scale up the horizon on all axes but the problem is that the buildings are too small depending where you look at them from.

How can one mimic such rendering ?

The two easiest ways I can think to do this are to either maintain a fixed distance between the camera and the horizon geometry, or draw the horizon as a 2D sprite, with the latter most likely being easier.

I believe that the game you are mimicking was able to achieve this because it was not actually a 3D game, but a 2D game that simulated movement through a 3D space; a 2.5D game, if you will. For that reason, drawing the horizon at a perceived fixed 3D distance is easy, because the 2D asset always needs to be rendered to the same portion of the screen.

To render it as a 2D asset, the simplest way I can think of is to first separate out objects into three categories: objects that will never extend visually into the sky (the road, and ground), objects that will (tall cacti, the player maybe), and the horizon/sky. The drawing algorithm then becomes:

There are definitely other ways to do it. If you can guarantee that the ground will not draw above the horizon line, you can skip the depth buffer clear.

In short, trying to get what you want using exclusively 3D objects is possible, but would probably overcomplicate things. Try rendering it in 2D first.

You need to cancel translation from camera transform when rendering skybox, then just draw box at 0, 0, 0.

Not the answer you're looking for? Browse other questions tagged 3d rendering monogame or ask your own question.

9
How to draw a 3D world with lines, more like a sketch drawing or cartoon
19
How to prevent "underwater sight" in games
5
Microfacet model - BRDF obtain extreme values at grazing angles
3
Pathfinding in 3d voxel: waypoints?
3
How to calculate height of a thought line over a known spot in 3rd person view?
2
Combining skydome and fog
4
In VR Games, i frequently notice that skyboxes look too close. Would this be a method for making them appear more distant, especially for space games?
0
Unity3D C# Drag object smoothly on it's x axis that's already bouncing
3
Making the camera look at the player while keeping another object in view
0
Unity - Make a Mirror character of player in movement