In a fast-paced multiplayer game I'm working on, there is an issue with the interpolation algorithm. This interpolation is for a moving object not controlled by the local computer.

The server sends packets with the object's position at a fixed rate. (red markers) The interpolation algorithm is attempting (and failing) to create a smooth path between the red markers.

Green: Local position when a packet is received (edited for clarity)

Blue: Line from local position to goal when packet is received

On a network with a realistic amount of lag and packet loss, this is the result:

The local position (green&black lines) seems to oscillate around the goals (red lines) instead of moving between them smoothly.

This is how it looks on a perfect network with the object moving right to left. (0 ping, 0 packet loss, etc.) 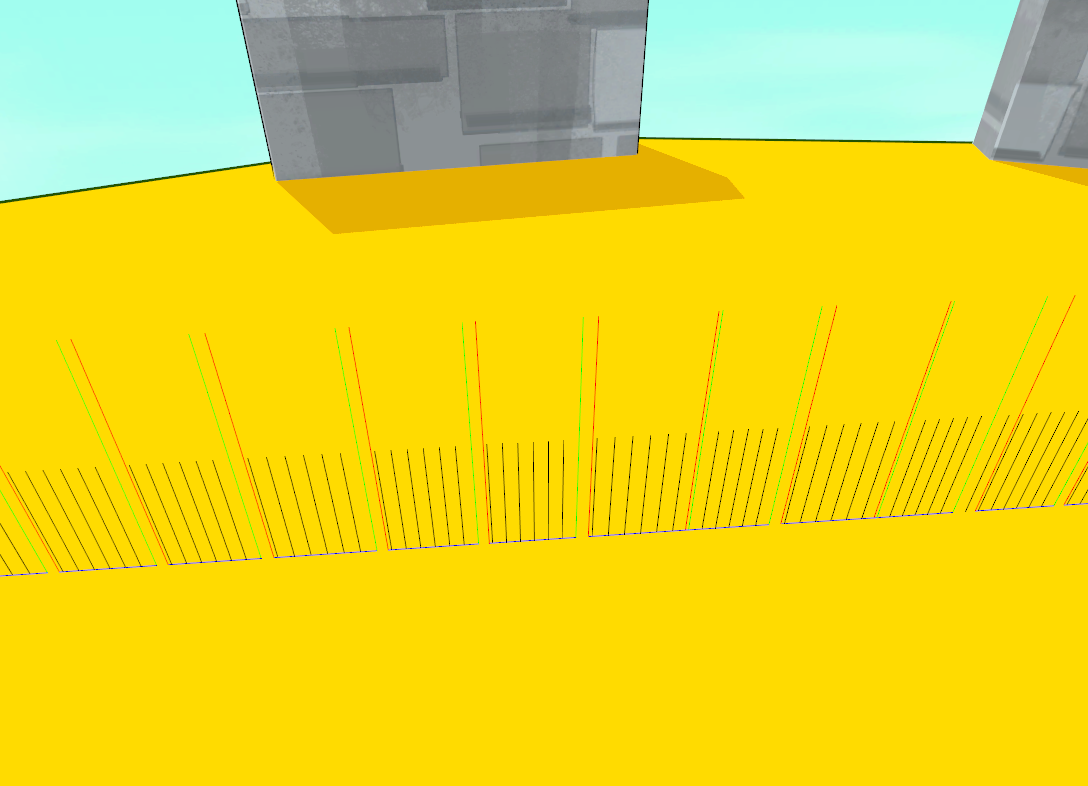 I believe what is happening is the extrapolation overshoots a bit to far. Over several packets, this issue compounds, causing the oscillation.

Any idea about what's going on?

Welp, it turns out my router was messed up, causing the game to fall back on TCP without warning. Everything is working fine now, I'm just stupid.

I should have realized something was wrong when the packets started coming in like this: 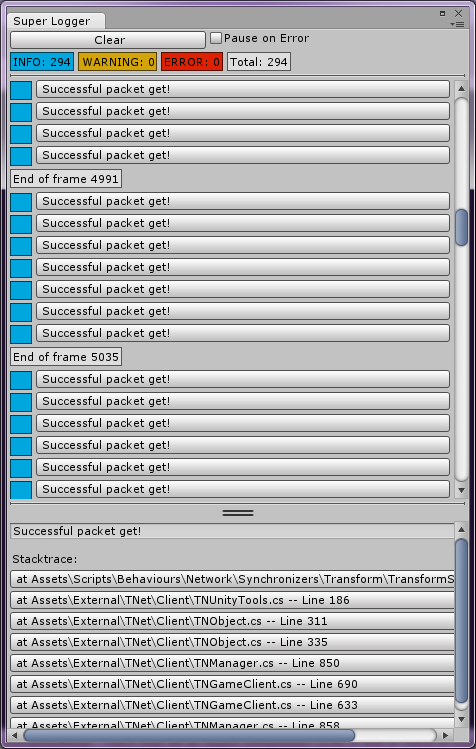 There were many other things causing the game to fall back on TCP. Some of them are specific to TNet (my framework) but I'll list them off just in case:

(set your lobby port to BROADCAST_PORT)

Overall, I highly recommend getting a VPS to host your server for testing, which would have made fixing this problem much easier to discover and find. Digital Ocean has served me well, and it only costs $5/month for more badnwidth and power than I would ever need.

Not the answer you're looking for? Browse other questions tagged unity multiplayer interpolation .