I'm using an orthographic camera to render slices of a model (in order to voxelize it). I render each slice both from above and below in order to determine what is inside each slice.

The model I render is a simple 'T' shape constructed from two cubes. The cubes have the same dimensions and have the same Y (height) coordinate. Here's a render of it in Blender:

I render this model once directly from above and once directly from below. My expectation was that I would get exactly the same image (except for mirroring over the y-axis). However when I render using a very low resolution render target (25x25) the position (in pixels) of the 'T' is different when rendered from above as opposed to rendered from below. See figure 2 and 3. The pink blocks are not part of the original rendering but I've added them so you can easily count/see the differences. 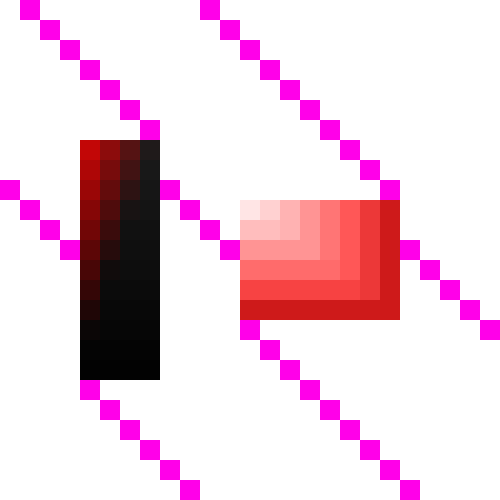 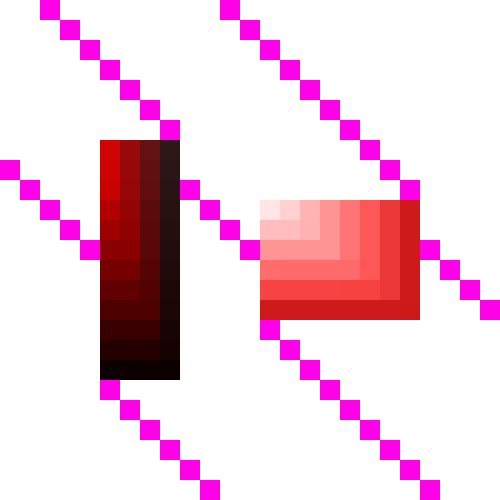 This is probably due to what I've read about pixel and texel coordinates which might be biased to the top-left as seen from the camera. Since I'm using the same 'up' vector for both of my camera's my bias only shows on the x-axis. I've tried to change the position of the camera and it's look-at by, what I thought, should be half a pixel. I've tried both shifting a single camera and shifting both cameras and while I see some effect I am not able to get a pixel-by-pixel perfect copy from both camera's.

Here I initialize the camera and compute, what I believe to be, half pixel. boundsDimX and boundsDimZ is a slightly enlarged bounding box around the model which I also use as the width and height of the view volume of the orthographic camera.

Main Question Now you've seen all the problems and code you can guess it. My main question is. How do I align both camera's so that they each render exactly the same image (mirrored along the Y axis)?

This is a different view on the problem presented, which might help to avoid rasterization differences issues altogether

Did you consider keeping everything in place, but scaling the Y of the model (cubes) by '-1' along the section plane? Then you will have everything exactly the same except for the objects being flipped upside-down - meaning you will get their down sides for your goal. Of course you will need to '-1' the normals and polygons facing directions too.

Not the answer you're looking for? Browse other questions tagged xna c# directx texel or ask your own question.

3
How to prevent 2D camera rotation if it would violate the bounds of the camera?
1
Billboards offset for character names + rotation
0
Making a point light follow the camera
3
In a TPS, how to aim bullets to the direction the camera is pointing, but make the shooting from the player?
2
Why is quad rendered at the center (0,0) instead of top left when using orthographic projection
0
Zoom at a specific point using Orthographic camera
0
Main camera transform.forward becomes up and down when looking from above
1
How to completely stop the camera from clipping into the ground