XNA, how to draw two cubes standing in line parallelly?

I just got a problem with drawing two 3D cubes standing in line. In my code, I made a cube class, and in the game1 class, I built two cubes, A on the right side, B on the left side. I also setup an FPS camera in the 3D world. The problem is if I draw cube B first(Blue), and move the camera to the left side to cube B, A(Red) is still standing in front of B, which is apparently wrong.

I guess some pics can make much sense. 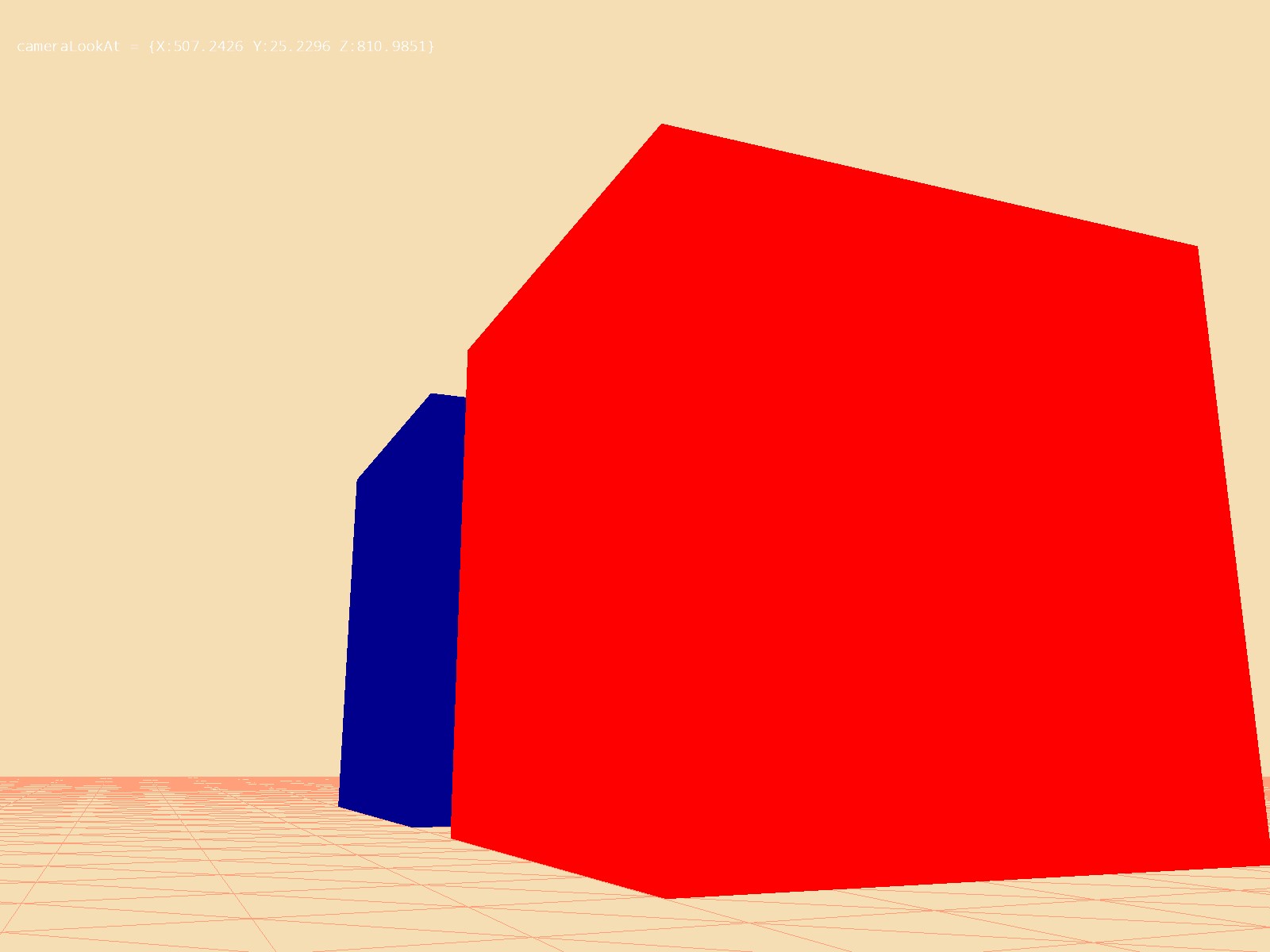 Then, I move the camera to the other side, the situation is like: 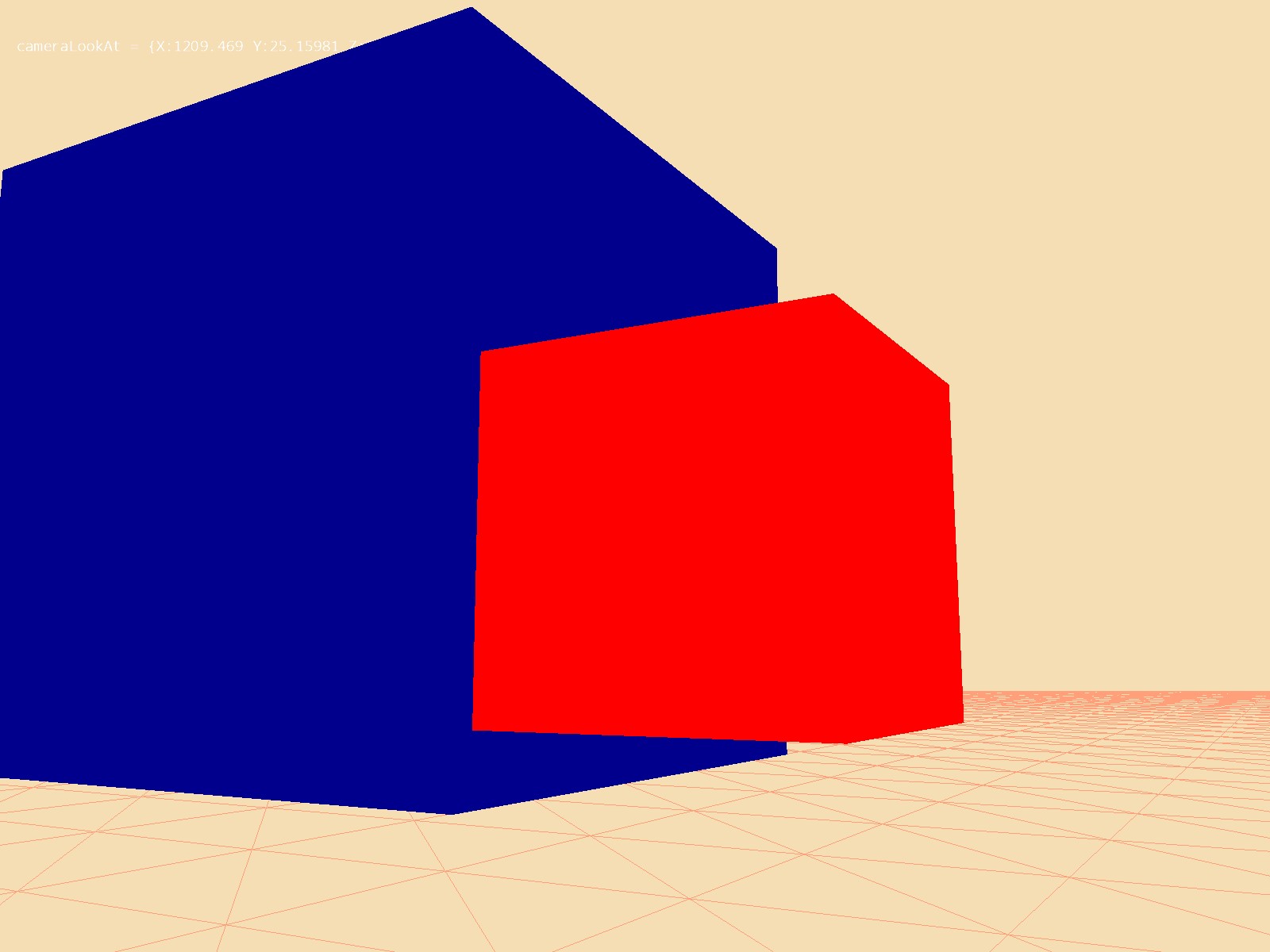 Could somebody give me help please?

This is the draw in the Cube class

This is the Draw method in game1

It seems to me that you don't have any depth testing going on. For that you have to have a depth buffer and write to that while drawing your geometry.
If you are drawing to a rendertarget then create it like this:

If you are drawing directly to the backbuffer you already have a depth texture bound to it.

In your drawing code you need to clear the depth too (well it's optional but it should be cleared to avoid some artifacts, also this doesn't cost you much to do so) while clearing the backbuffer (or rendertarget) color:

You also have to turn on depth testing before drawing your geometry, you can do it like this:

Not the answer you're looking for? Browse other questions tagged xna c# xna-4.0 or ask your own question.

0
Yet another frustum culling question
4
XNA 4.0 Multiple Textures on same Vertexbuffer
0
Performance of XNA 4,0 static vertex buffer / VertexPositionNormalTexture in F#
12
Camera for 2.5D Game
2
How to use camera transformation without depending on (1,-1) scale during spriteBatch.draw()
1
How can I scale Farseer bodies so that they work on different screen resolutions?
0
Drawing 3D cubes with xna
0
Unity forward vector flips when upside down. Mario Galaxy style gravity, bad rotation?