To get an idea of what I'm trying to accomplish, my older program does just this but uses the fixed function pipeline. I want to recreate this program using the programmable pipeline and as a result changed around a lot of the program, there is really no similar code between the two at this point. Example of my problem: 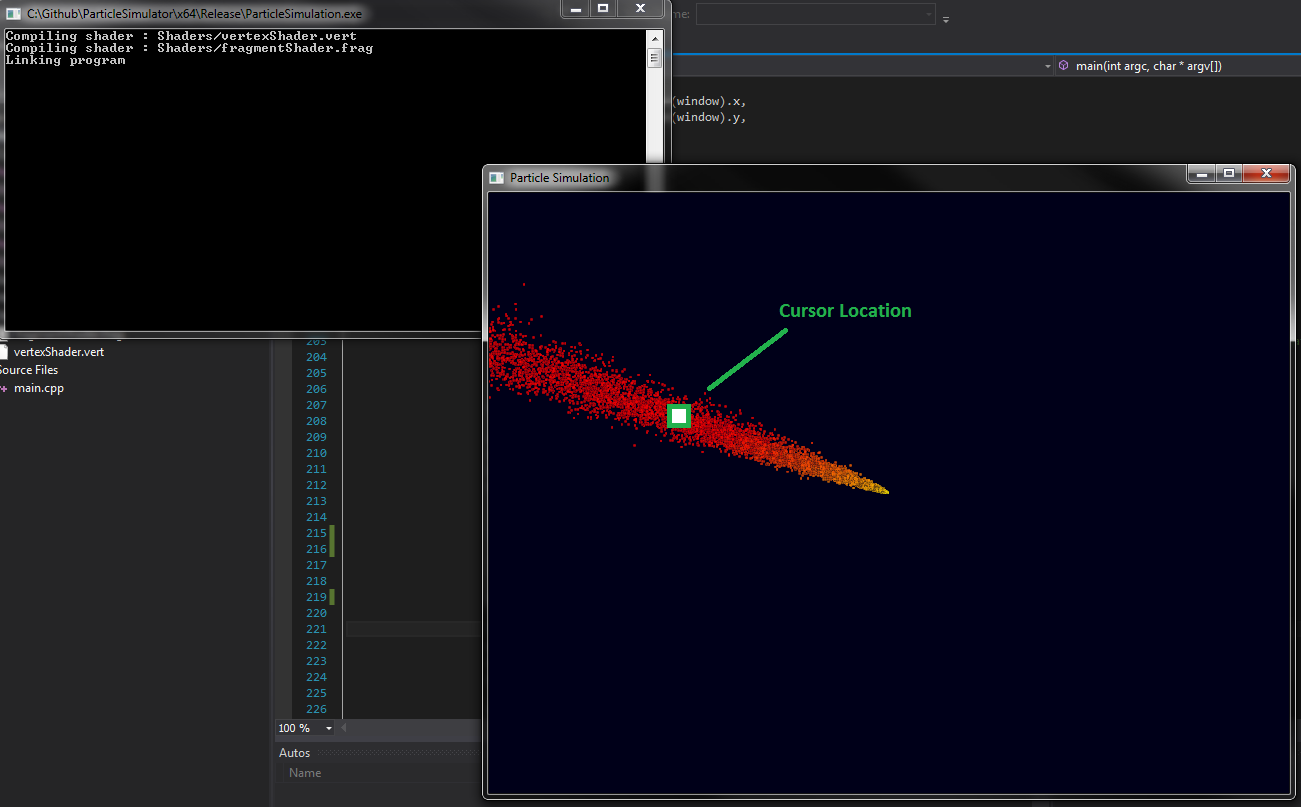 As you can see the particle only accelerate in the direction of the cursor, my main equation I'm using is:

where my particle struct is:

how would I go about simulating the behavior of my first program with this second program I'm writing? I can't seem to wrap my head around doing this as the program structure is so drastically different.

Well if I understand well as @user8363 explained in the comments, your problem is that you are making one direction for all the particles, which makes the particles move in that direction. If you want the particles to accelerate toward the point you need to make a direction vector for each particle. For instance:

Then updated each particle accordingly.

Not the answer you're looking for? Browse other questions tagged opengl c++ physics particles glm or ask your own question.

9
How do I make a vehicle move to a point and stop without overshooting or oscillating?
5
Panning with the OpenGL Camera / View Matrix
1
Billboarding + aligning with velocity direction
5
Lunar Lander calculating gravity, acceleration and collision in GameMaker
0
directX rotation of a 3d cube inconsistent
0
Gradually rotate vector towards another vector
4
Why is the size of glm's vec3 struct 12 bytes?
2
How to rotate directional billboard particle sprites toward the direction the particle is moving
0
GLFW - Camera rotation system
2
C++ Mouse picking for ray to plane intersection