How do I calculate legal moves in a travelling board game?

I'm making a traditional roll-the-dice-and-move style board game. Players move along the white squares on the board (see image) and may move in any available direction from a junction. Players must move the full distance of their roll.

Other than a brute force calculation, how can I efficiently calculate the destination squares of all legal moves? 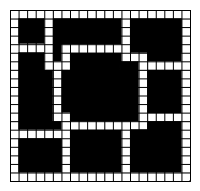 One solution is to use a recursive function (Video explaining recursion). So for example the player is on the red square and he can do 5 moves : 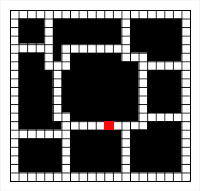 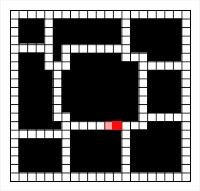 The function sees that the square on the right is white. Again, it calls itself but now there is only 3 moves left. 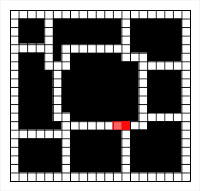 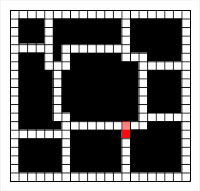 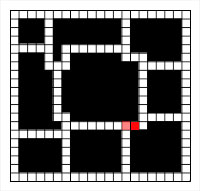 and again and again... Until there is no move left! When the function is called with no move left, it writes its position in an array.

At the end the array contains all the possible position for the player to go.

I don't know what language you use, so I will writte an example in C. So we will need a structure to contain the position of the legal moves :

Let's say you have these variables, to simplify we'll say they are global but you could just send their pointers to the function.

Utilisation of the function, for example the player in on position 10, 10 and can move 6 squares :

I really hope that makes sense, I will edit it if it doesn't. It is a lot harder to explain than I thought.

I'd actually move away from the square/grid representation and use loose nodes instead: 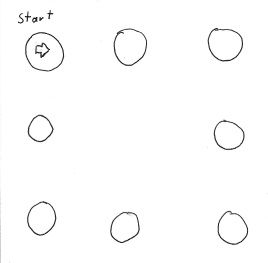 Each valid position is one node and nodes are linked with each other (using connections) to form valid moves or directions: 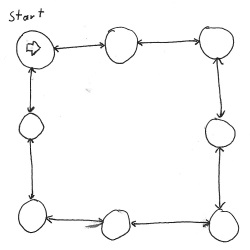 Based on your game design, those connections could have additional properties like costs, directions etc. This allows you to do all kind of interesting things, such as one-way shortcuts, shorter but more expensive to pass ways, etc. (see the dashed arrows in the center ): 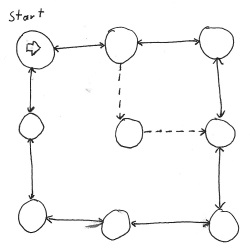 When the user tries to move, you're using a pathfinding algorithm such as A* to look for a route between his current position and the target position. You'd have to explore all possible paths till you're running out of options (impossible move) or you've found a valid distance (the move is valid). Whether you'd like to allow "too short" paths is a different story.

While this is more complicated to implement (and setup), you'll have to clear advantage that your board doesn't have to be aligned to a grid. You don't even have to use uniform positions (e.g. some could be square, others round etc.). For presentation, you'll just need coordinates assigned to each node (they're not game logic related).

Not the answer you're looking for? Browse other questions tagged ai simulations graph-theory board-game or ask your own question.

15
AI to move custom-shaped spaceships (shape affecting movement behaviour)
9
Designing Snake AI
1
What sort of AI is applicable to a board game of this complexity?
1
Board Game Pathfinding - Finding optimum valid path with limited path distance?
0
Networking Board Game Design Pattern
0
Minimax not blocking moves on board game
1
How can I make a computer opponent for my board game?