Shader that “cuts” hole through all geometry

How can I create a shader that "cuts" through all geometry, only rendering the clearing background in Unity? An example: 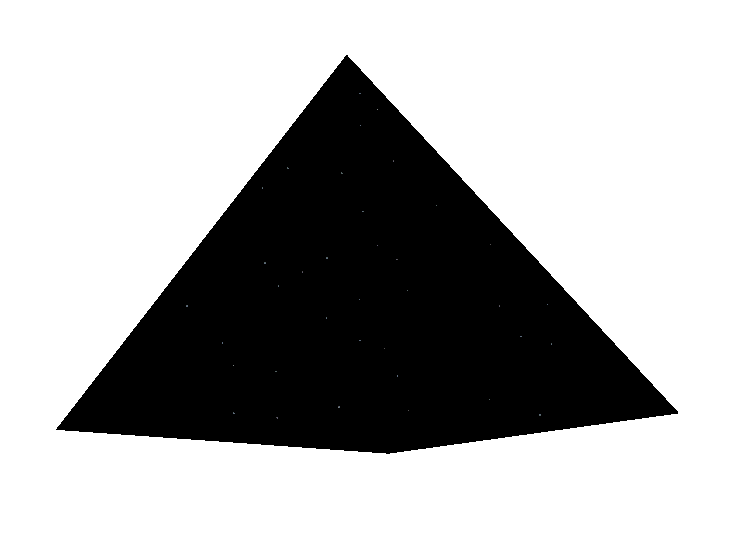 That's a prism in a huge white box-shaped room. The surface of the prism is just rendering the skybox of the scene (a starry sky). I used multiple cameras, which is pretty inefficient... There must be a way with just shaders.

Ok, finally figured it out! 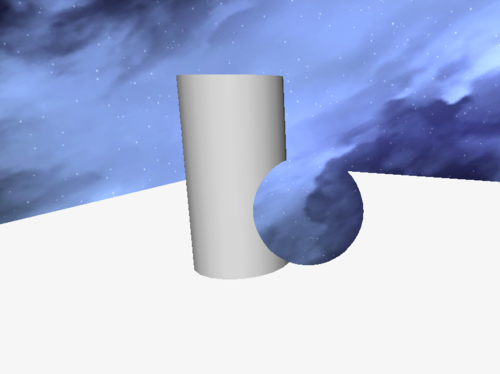 You see how the sphere mesh “cuts” through the cylinder and plane all the way to the skybox. This took me longer than expected to figure this out but thanks to a wiki page (http://wiki.unity3d.com/index.php/DepthMask) I got it all sorted.

Before using the shader setup in the wiki page I was using three different cameras with different clearing/depth flags to achieve the same result. It worked but it totally choked on the Ouya. The above solution requires only one camera and runs much fasta.

That’s it. Any questions let me know!

Couple of options to get the effect you want - but they do come a a cost:

I suspect that there must be a way to do this by using/abusing the z-buffer, too - but you probably want to z-test the 'hole polygons' using their real Z, then write a different Z. You could probably use multiple passes and the stencil buffer - drawing the hole 3 times with renderstate set up like this might work:

You'd still need to draw in a specific order - first the environment, then the holes, and finally the skybox last, though.

Not the answer you're looking for? Browse other questions tagged unity shaders occlusion or ask your own question.

1
“Cut through” an object to view another

2
Learning Shaders in XNA
1
Deferred rendering order?
2
Is there a way to create a sky-sphere instead of a skybox in Unity3D?
7
When do I need to call `glUseProgram`?
1
D3D/OpenGL: Question about shaders in larger projects
0
How to create a depth-recording shader for shadow mapping?
0
How to fix 'procedural skybox' visible horizon line on 'screen space camera' canvas?