Why does my machine render OpenGL using my onboard chipset instead of my graphics card?

I'm following an OpenGL tutorial series at opengl-tutorial.org, but have run into a problem:

cause my glfwCreateWindow() call to return null.

As I understand, this is caused by lack of support for OpenGL 3.3.

Why is my machine trying to render OpenGL 3.3 using my onboard graphics chipset (Intel HD Graphics 3000, which only supports OpenGL 3.1) instead of using my dedicated graphics card (GeForce 520M, which supports OpenGL 4.x)? I think this has something to do with power saving.

Note: I have newly updated nVidia drivers, installed as of yesterday. I know they are working because if I right-click my desktop I get a context menu for nVidia Control Panel.

This is the NVidia manual to their Optimus, the driver which is responsible of switching between integrated GPU and NVidia GPU. From a quick look, it seems they describe how to set the default GPU for a program. I haven't tried it yet though. 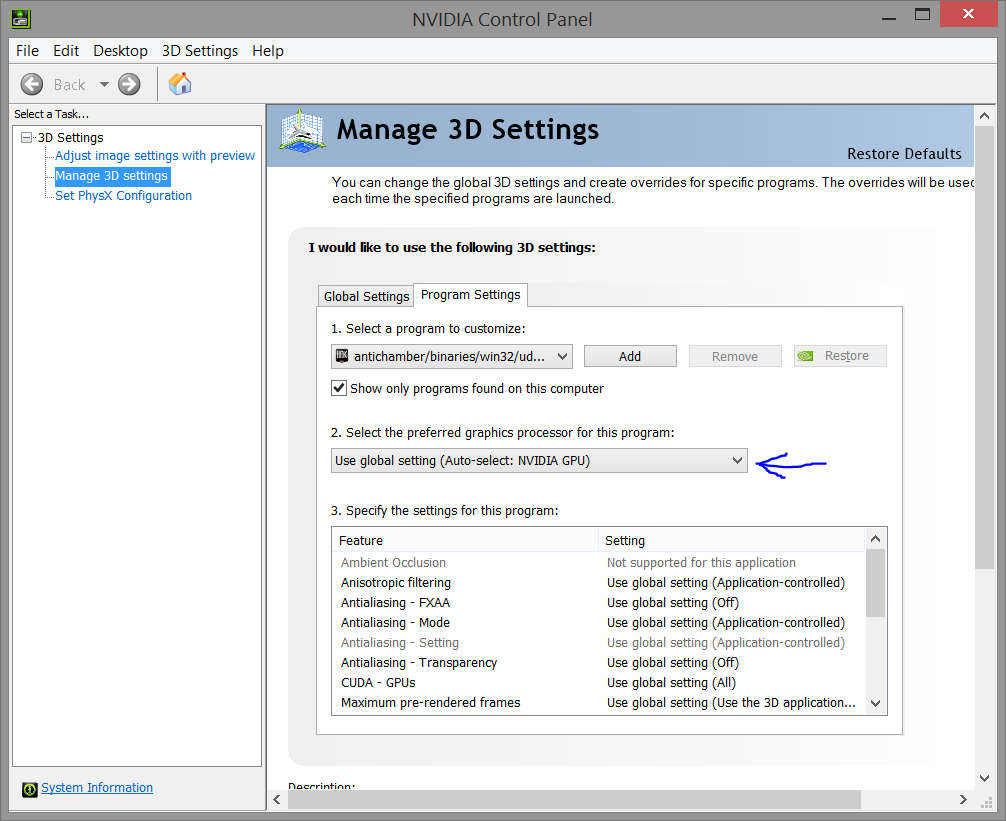 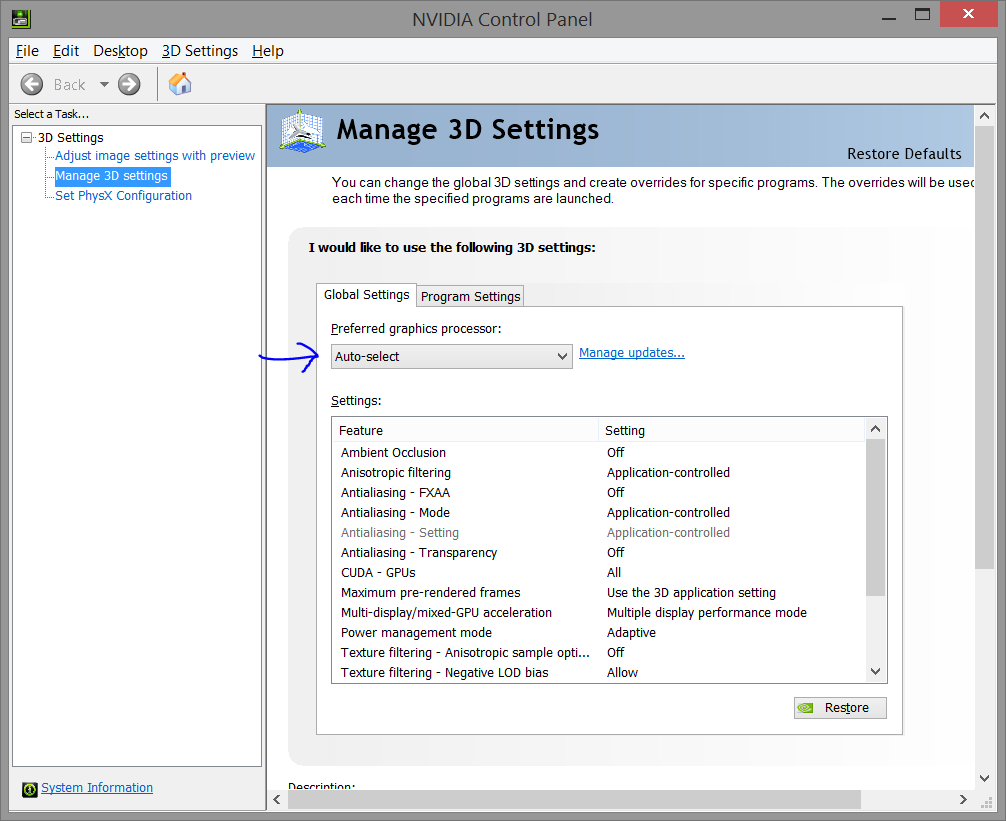 For your particular case, I'd try adding a program setting for cmake, and, failing that, change the global setting.

For Windows and GLFW - You can compile glfw library by yourself and add to cmake GLFW_USE_HYBRID_HPG option. More info here - Compiling GLFW

Not the answer you're looking for? Browse other questions tagged opengl nvidia glfw intel or ask your own question.

4
Why is OpenGL provided with latest GeForce drivers so extremely slow?
4
Why does my GLSL 1.20 shader not work with an OpenGL 4.0 driver?
6
OpenGL behaviour depending on the graphics card?
1
Setting up openGL on Linux
0
Problems when rendering code on Nvidia GPU
3
How do I get GLEW to use my Nvidia GPU instead of an integrated Intel card?
3
Why does glBindVertexArray sometimes fail (but mostly not)?
0
D3D12 device not supported
5
SDL2 not setting OpenGL version?