I'm still quite a beginner in the industry. I'm working on a game with some friends and I would like to add a cinematic between 2 levels like in the attached picture.

My question is how can I render the black bars in DirectX 9 or 11? Moreover, do I need to change the aspect ratio when I'm playing the cinematic? 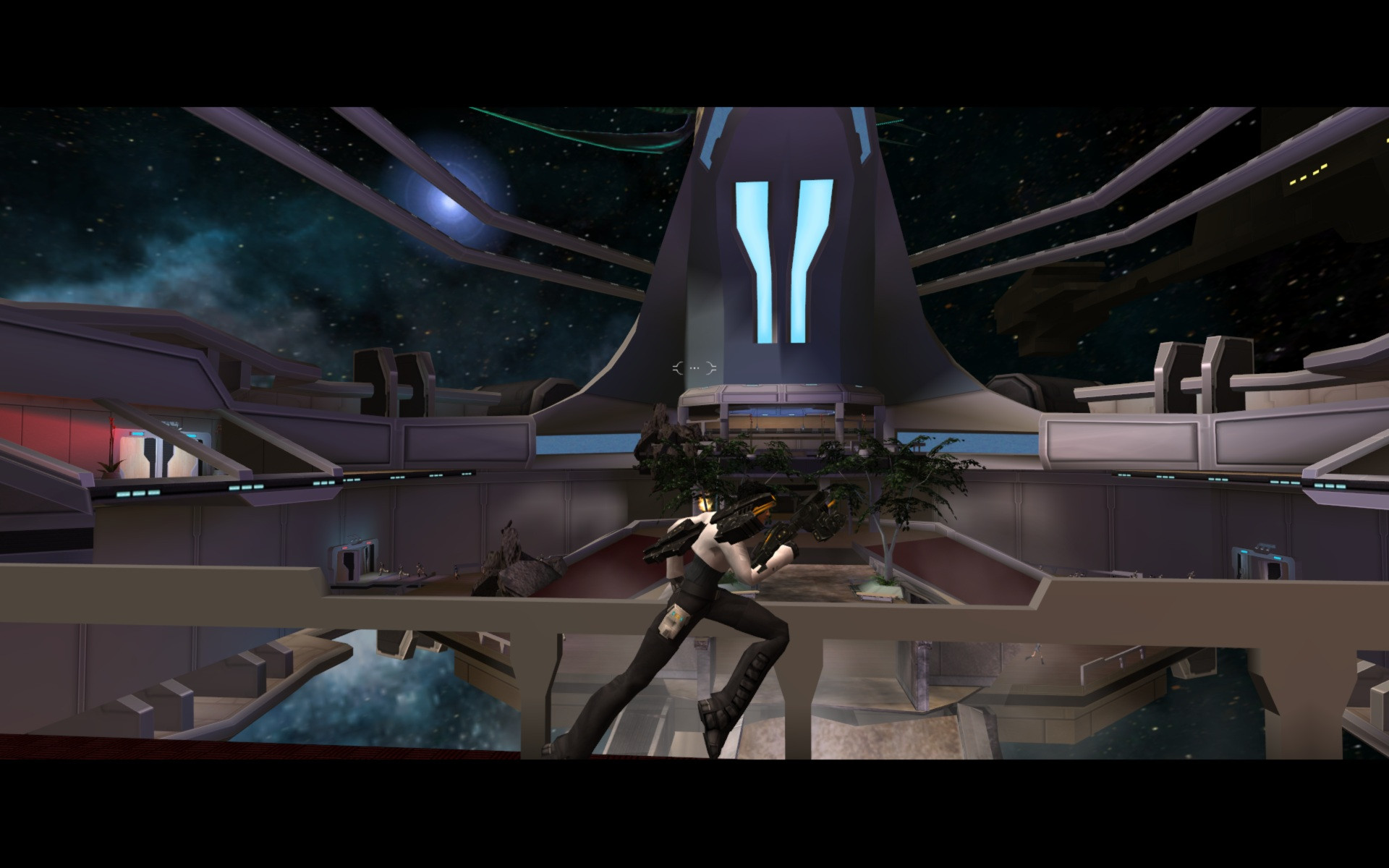 The black bars are nothing more than the cleared back buffer. The video is simply being centered and played between these two bars. This effect is known as Letterboxing. The only thing you need to do in DirectX is simply render the video accordingly (vertically aligned). That being said, a lot of the time these bars are shown because aspect ratio of the video is different than the game.

You do not change the resolution of the game while it's playing (at least, this is not a common approach). Rather, you calculate if the video aspect ratio matches the current aspect ratio, and if so, simply play it. If not, you can vertically center it.

** Some games are known to use letter boxing regardless to indiciate a "scene". You may choose to do this, too.

Not the answer you're looking for? Browse other questions tagged c++ directx directx11 .

5
Render to Texture2DArray slices in DirectX11?
1
Multiple Render Targets not saving data
1
Event Based Render / Update Loop
7
In DirectX 11, batching primitives for performance, how does this actually work?
2
DirectX particle system. ConstantBuffer
2
Elegant ways to handle rendering with DirectX 11
1
Why does SDL_RenderCopy result in a blank screen?
1
Apply multiple Shaders to one texture with DirectX