Generate Angle for Projectile to Follow So It's Ends Facing Downward

I have tried several formulas for setting the angle on each tick (every frame), namely

Where PlayerWasAtX is the stored location of the player upon projectile creation, LayoutHeight is the total height of the canvas, and Self.X is the X-coordinate of the projetile.

In those examples, example 1 would curl, example 2 would keep the object straight down at all times even when falling at a curve, and iirc example 2 just acted wacky.. or it acted the same as example 1.

Any help would be appreciated. Here are my reference pictures: 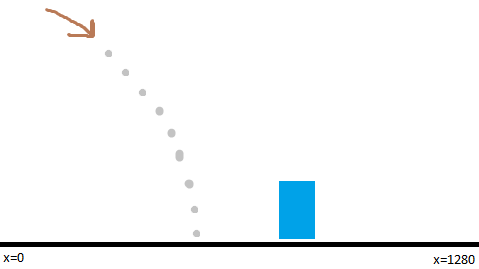 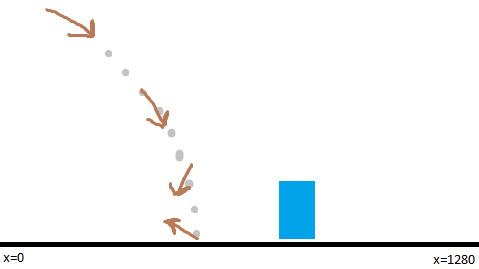 You need to set the angle to be the derivative of motion or in lament terms, the angle needs to be between the previous position and the current position.

Specifically, store the previous position prev.x, prev.y somewhere. The on the next frame where you already have calcualted the new position curr.x, curr.y, you calculate the angle between prev and curr and use that for the projectile.

I don't understand the mechanism you are using but it appears to rely on X alone which is bad. The angle should be determined by x & y and relying on the current x & y and the previous ones.

Not the answer you're looking for? Browse other questions tagged 2d physics angles or ask your own question.