I have a Model(I use the MVC pattern), that holds an 2D Array with Tile objects.

A tile object have a member, whether it burns or not, a member how long it takes until the neighboring tiles get fire too and a member with the elapsed time how long the fire already burns on this tile.

My problem is, that my only solution is, to iterate threw all tiles and check whether the tile burns. If yes, count down the elapsed time. Than check, whether the maximum time is reached and set the fire member of the neighboring tiles to true.

In small maps it works, but in bigger maps not(Too many computing power). Whats the fastest way to filter the burning tiles out of the array, so I can do logic with them ?

A idea from me was to create a extra list that holds a reference to burning tiles, but that's difficult, because the list can be get out of sync with the array(Because the MVC pattern the array is public so it can be modified without to change the list with the fire tiles).

I have problems to implement this. So maybe someone can show me a code example. Here my current state: I have a class Tile:

Than I have a class TileMap, too:

This class(TileMap) is placed into another class named "World". The world class is the big Model that contains all other models like players enemies .... To render the world I have a world renderer, that has a reference to the world object and every time I call the render method from the renderer, the renderer take for example the tile map from the world reference and iterate threw all tiles to draw them.

At last, I have a tile map controller. This class have a reference to the world, too. Every time the update method from it is called it do the logic for all world objects/models.

So now back to the actual question. How would you implement the event queue for the fire and maybe for such things like that? I am sorry and thanks for the patience :)

I have found that a list of burning tiles was an adequate solution. Here's how I solved the problem you mentioned, which was that list references can become stale:

Each item stored in the list is a reference to an object that is somehow "aware" of its own state. You accomplish this with your Tile.getBurning() method. This allows your TileMap to implement something like this:

This code would depend on a few extra properties in your Tile class:

This should solve your problem of large maps; only the burning tiles need burning updates. And by removing tiles that have already burned through their timer, you can (feasibly) keep the list short enough to update each frame.

Just for fun, here's my prototype in which I faced this problem: 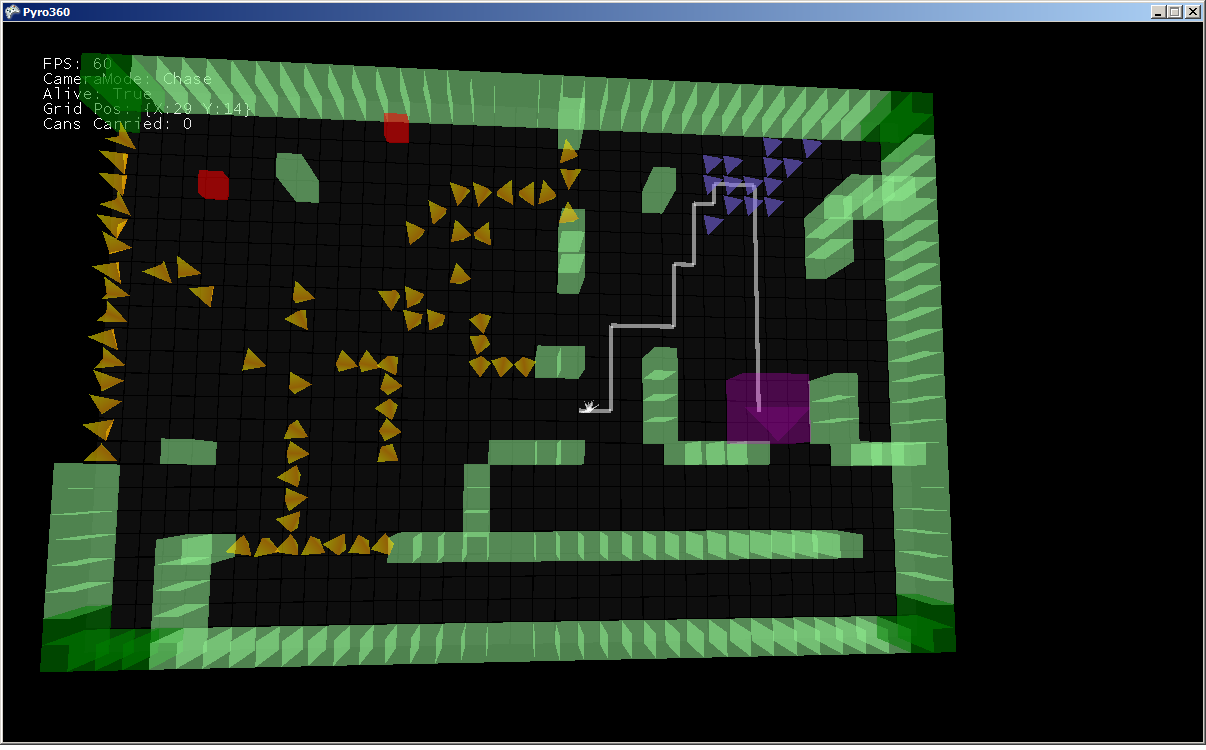 Aside, about your TileMap. By doing this:

You are gaining no encapsulation whatsoever. This is a semi-famous programming style opinion. But the real problem is that all your other code will still be tightly bound to that 2d array structure, so you won't be able to change it. If instead, you did this:

...you would have freedom to change implementation later. Performance would probably suffer if you iterated every tile this way. But you could expose other methods to operate on large chunks of the data all at once.