I have an infinite hexagonal floor, generated by tessellating a point grid in a tessellation shader pair: 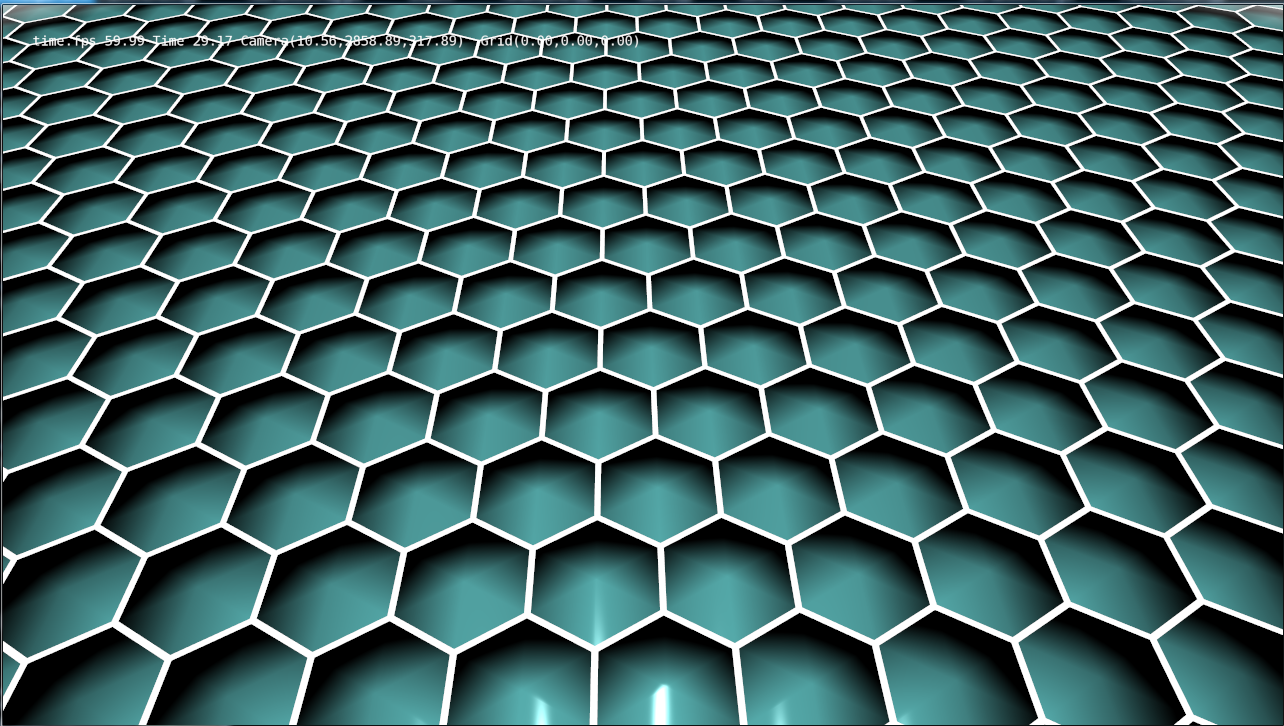 Note that this is a flat wireframe - the "shadows" are a lighting trick: 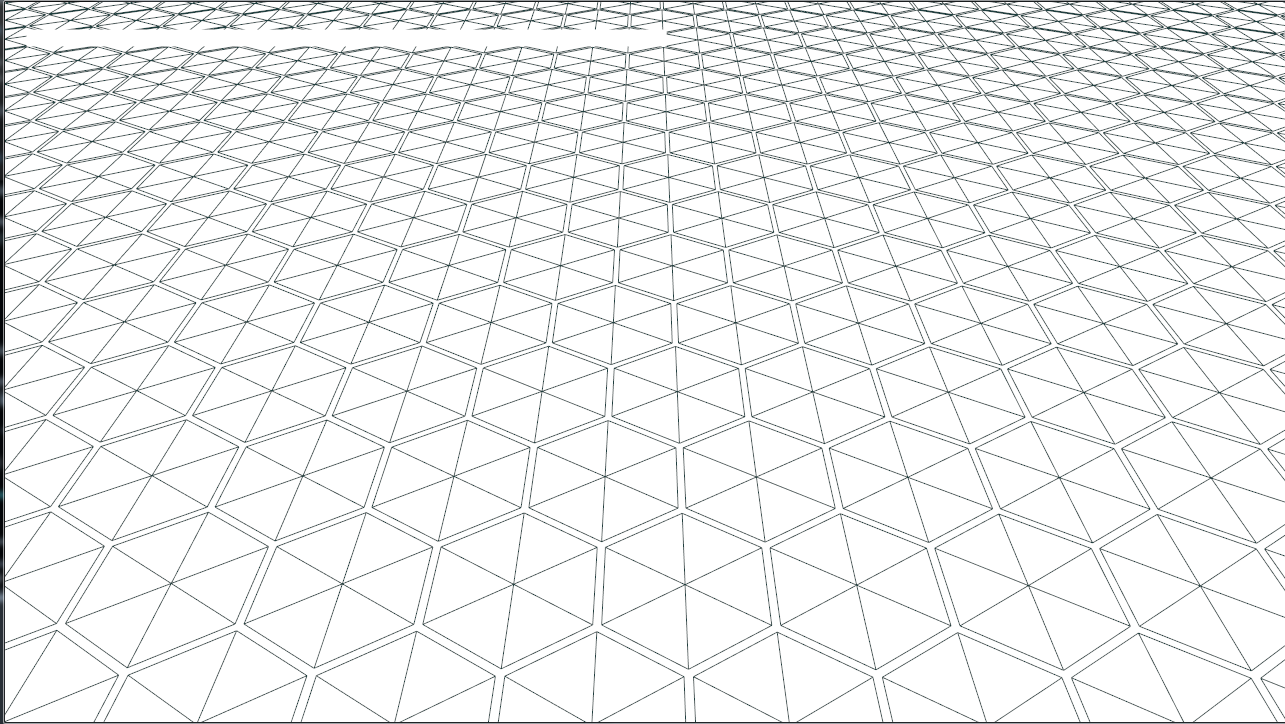 Now, I'd like to make this appear to be thick, refractive glass, but am unsure how to proceed.

The first thing that came to mind is to 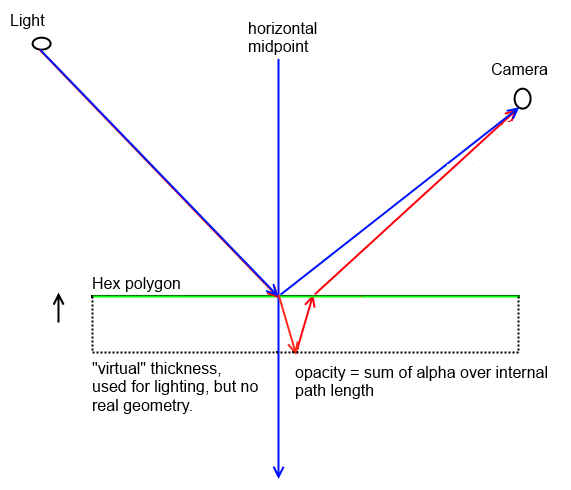 I haven't tried that yet, so I'm not sure what the visual result would be.

Ultimately, for this particular level, I'm trying to get that glass, hexagonal floor look used in Tron: Legacy during the disc battle. (See this image for an example.)

This article in GPU Gems goes into depth about refraction, which can give pretty nice results

In the most basic sense

The first step of the basic refraction technique is to render the scene geometry into a texture, skipping all refractive meshes. This texture can be used to determine which objects are visible behind the refractive objects that will be rendered in a subsequent pass. We denote this texture as S.

The second step is to render the refractive meshes, looking up values from the texture S with a perturbation applied to simulate the refractive look. The perturbation can be achieved using a normal map N, where the normal-map red and green (XY) components are used and scaled by some small value to add a displacement into the projected texture coordinates. This approach is straightforward to implement in a shader:

The following listing shows a shader that demonstrates this approach

The next images illustrates these three steps

For a similar effect in Unity, You might want to have a look at The Refraction Shader wiki page

I will take the image you showed as a reference for how I imagine the effect. The algorithm I can think of is simple:

Regarding the refraction shader, inorder to simulate the glass you can do

I just thought of the idea, so I didn't test it. I am sure it needs more work, Maybe I will do once I return from work.

Not the answer you're looking for? Browse other questions tagged shaders glsl or ask your own question.

8
GLSL Shader Editors for Linux
6
How are vertex shader outs sent as inputs to the fragment shader?
5
Refractive blur in XNA?
13
Glass Material for Unity 5
3
Why has my refractive water shader become reflective
0
Draw cube in glsl shader
0
Highlighting shader but using touch points/mouse
1
Need help with a grab Shader