How do I create smoke-like beam or aura effects?

I mean things like the Team Fortress 2 medic gun: 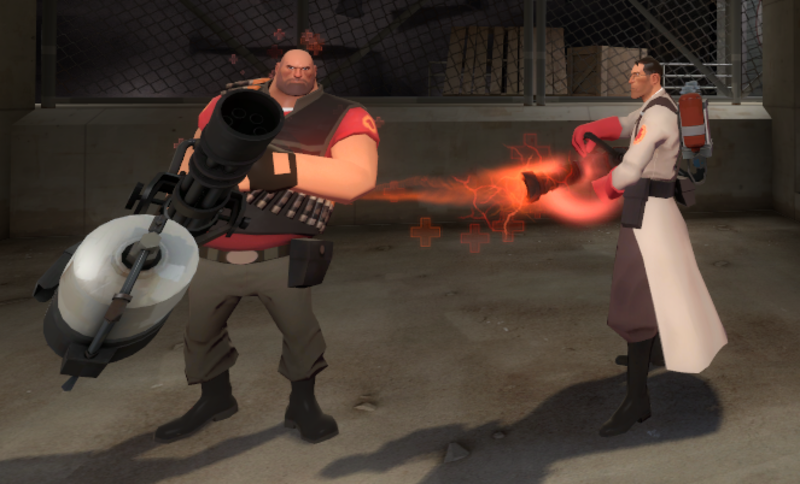 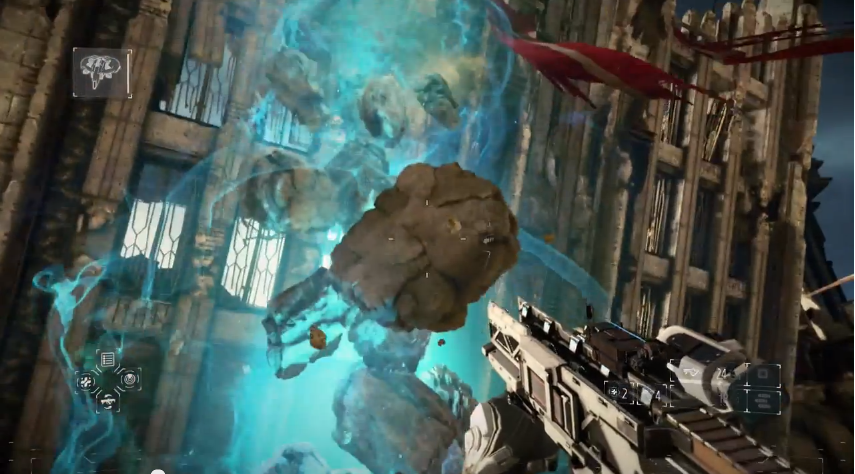 How do these work?

Typically the trick to this sort of effect is use of scrolling textures. Particles will often be involved but they are usually only an embellishment.

It is the case that effects like this are bespoke and although they share a similar starting point the final effect is always a result of tweaks and tinkering until the art director is happy.

So for example, if you wanted some sort of arcing energy gun, you could construct a camera facing triangle strip along a path from gun to target, and change the shape of the arc over time to give a sense of dynamism. You could then animate the texture coordinates so that the texture scrolls down the length of the beam to give the impression of movement from gun to target. Use alpha in the texture to soften the edges and give the illusion of pulses. This would obviously be a very basic effect but add another set of texture coords and you can start to build something that looks far more complicated than the sum of its parts.

As Mr. Beast say, these effects (like fire, auras, etc.) are usually made with particle systems.

A particle system simulate a lot (10-10000?) small elements emitted by a source, an that flow through a path. The path may be as complex as required.

Each particle is shown in the scene with a sprite. And may be improved with an animated texture, blending effects, or shaders.

For very simple auras, some games just use 3 axis-oriented quads with a amazing animated texture.

Not the answer you're looking for? Browse other questions tagged graphic-effects .

12
How do I replicate the warp effect from Geometry Wars?
2
How are the graphical effects in the Android game Orbital created?
0
How to add energy ball which disappears when touched by player in UDK?
11
How to do the Geometry Wars gravity well effect
1
Create fog (smoke) on Unity3D?
1
How can I achieve a flickering torch/candle effect in 2D?
1
How to create a 2D fog shader?
1
How to make a Blend-Effect like yomawari did?