Why does rendering a gradiented shape leave gaps?

Sometimes when I am drawing objects that aren't 'linear' (e.g. rounded edges, circles, ellipses, diagonal lines, etc) I this weird effect of some pixels at certain points not getting drawn.

It's easier to show than explain: This image is created by the code below it. It's a block fading from blue to black. The same effect appears when only using one color. (Though it's otherwise obviously equivalent to just drawing a filled rectangle.) 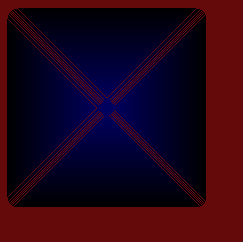 Is there a term for this phenomenon? How do I prevent it from happening?

The cause of this "effect" is that I believe you are drawing the outline of a rounded rectangle, one rectangle inside the other. Is that correct? If so, what you are seeing is simply how Allegro I presume is handling round corners, specifically, it does not draw a thick pixelated line and leaves some pixels "missing" in the corners. When you draw multiple repetitions like you just have, the missinh pixels become more prominent than they would be if you only drew one outline (which is what I presume the function was intended for) and create the missing lines effect.

To put it in visual form:

This is what it's doing: 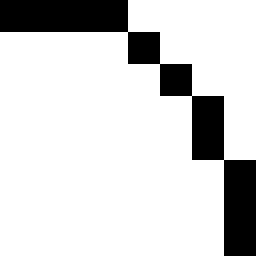 This is the behavior you are relying on / expecting: 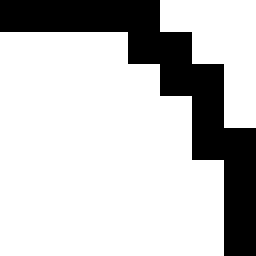 If you stack many iterations of the former round corner you will/might get (a) missing line(s).

Not the answer you're looking for? Browse other questions tagged c++ 2d rendering allegro or ask your own question.