How do you calculate the rotational velocity of a flying object?

When a arrow shaped object is fired it slowly adjusts it's rotation to match the direction it is moving. But what is the actual physics behind it? 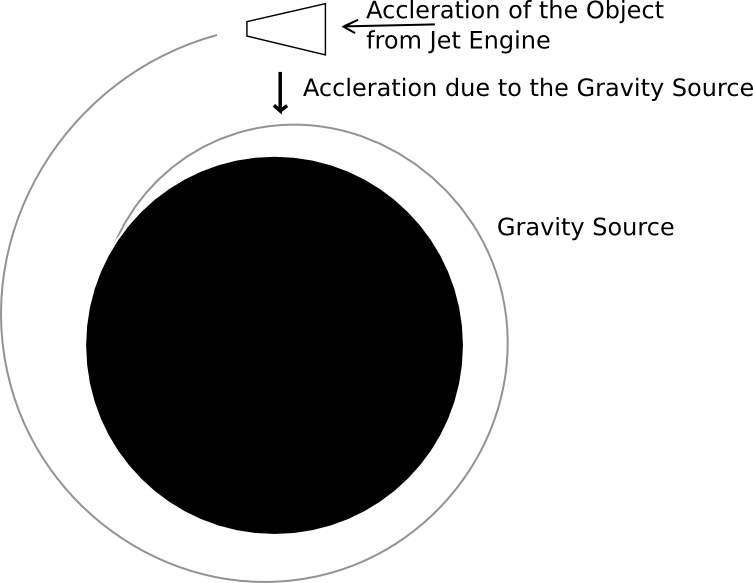 The question is: How many degrees does the ship turn in a second?

I usually approximate the effect by simply setting the rotation to the angle of the velocity, however this is not possible this time since the player is able to influence the rotation of the ship by steering.

There will be a subtle difference in drag on either side*, because the side rotating into the wind will have greater dynamic pressure than the one that rotates with the wind. For an arbitrary shape, this will be somewhat difficult to calculate (although possible) for correct physics. You should not try, and approximate it instead. This approximation can simply be proportional to flow velocity. This is sort of physically accurate, and very simple to calculate.

For a ship, which presumably has roughly the same shape as an arrow with something "draggy" at the downstream end of it, this effect will be proportional to the ship's alignment with the direction. For example, (1 - direction.dot(rotation)) might work well. This will also be affected by the magnitude of rotational speed.

So for an overall system, rotational acceleration due to drag will be roughly:

This will likely result in an oscillating rotation. It will bounce around its own aligned direction. You will need to tweak the code to dampen that somehow.

Treat the tail-fins (or whatever) as the location to apply a constant impulse proportional to velocity in the direction opposite velocity. Because this location should be offset from the center of mass, it will yield a moment that will rotate the ship back toward the forward-direction. When the ship is aligned with that direction, it will yield no rotation.

For this method, be wary of the special case where the tail is pointed almost directly into the wind. That might yield weird results.

When a arrow shaped object is fired it slowly adjusts it's rotation to match the direction it is moving. But what is the actual physics behind it?

The Physics behind it is a combination of G-Force(gravity acceleration) and Aerodinamics. An arrow usually has a head, a body segment and a tail, the mass center will be near to the head. Although G-Force pulls the whole arrow towards the ground, the shape differences between the head and the tail create different Aerodynaics reactions.

The tail of the arrow offers more air resistance along the G-force direction than the head, thus the head will fall to the ground faster. As head and tail are connected through the body segment, the tail will act as a pivot creating rotation. The rotational speed (degrees) will depend on the shape of the arrow.

In your case the rotational speed will depend on the ship shape. If I were you I would separate the ship into segment and give each segment different gravity acceleration penalty, this penalty will simulate air resistance and the segment with most resistance will act as the pivote point.

Penalty must be un the opposite direction of G Force.Whit m being the masas of the segment

Sum all Ti to get the final total Torque, now you can associate this value to a rotational speed value.

Knowing how many degrees the ship turns per second is just a matter of math. I would solve this using vectors:

Not the answer you're looking for? Browse other questions tagged rotation physics or ask your own question.

2
Conceptual - What is the optimal way to combine steering behaviors with rigid body physics?

6
How to calculate the exit speed of ball bouncing off a solid surface
8
How can I factor momentum into my space sim?
0
Showing trajectory indicator
1
BulletPhysics ship rotation
0
Bank ship left/right based on virtual joystick
0
how do I move an object based on rotation of another object?
0
How do I account for the velocity difference between a ship and it's fired projectile?
0
Moving ship to new destination when already having a velocity?