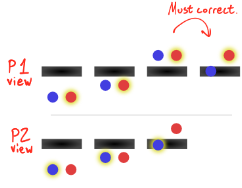 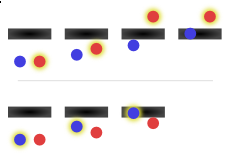 Not the answer you're looking for? Browse other questions tagged unity multiplayer mobile synchronization latency .

3
How do I keep an MMO synchronized?
4
P2P synchronization: can a player update fields of other players?
0
How many players can UDK support without Networking
16
Player ranking using Elo with more than two players
8
Collisions between players in multiplayer racing game
1
Do I need a server to connect two players in a mobile game?
1
Two headphones for two players
2
How can I keep a consistent number of players per match in a continuous multiplayer game?
1
How can I synchronize state in my Asteroids game with many networked players?
3
How can I standardize ping?