I'm doing procedural terrain generation. So far I've created the mesh, and attached a 2D polygon collider to it. The terrain is made up of hills going up and down. 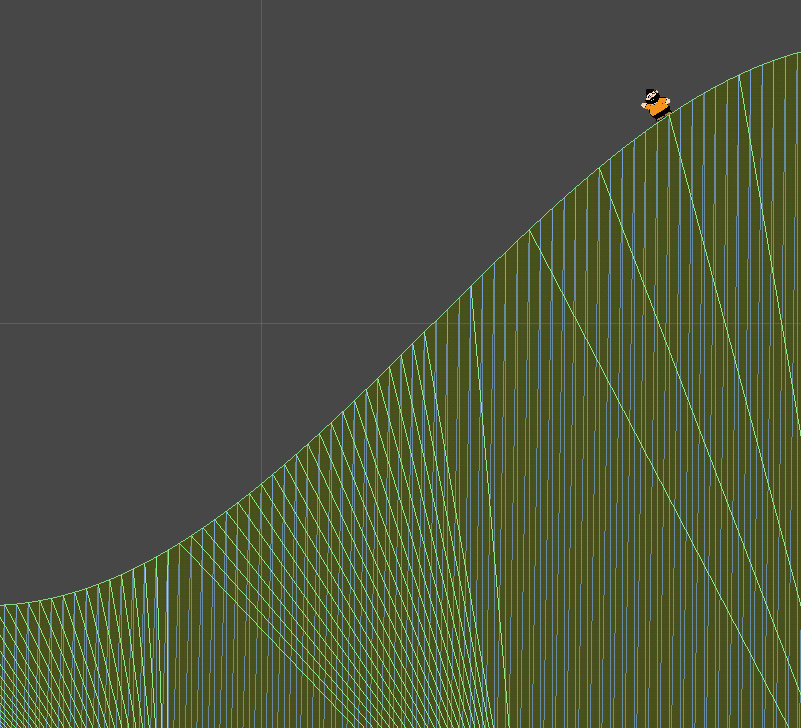 After doing so, I put a 2D rigid body, along with a 2D box collider to represent the player. When I put the player on top and let him slide all the way down, sometimes he doesn't slide properly, and instead bumps on the hill, jumping all of a sudden on his own as if he tripped on something (even though there's nothing there). What's weird is that it doesn't happen all the time, just sometimes. Even when I make him slide on the same spot he bumped before again, he wouldn't do it again except on rare occasions.

What could be causing this?

I had similar issue, but my character stopped at some points. After adjusting rigidbody mass and physics material friction, it worked. Maybe it will work in your case.

Try detect the collision and set the vertical velocity to zero.

Not the answer you're looking for? Browse other questions tagged 2d collision-detection unity physics terrain or ask your own question.