How do I create a World Healing Wave effect?

I want to change my dark and depressing background to a happy grassy background, in real-time, such that the happy background is shown in a radius around a game character.

A forcefield of happiness, if you will.

How can this be done as performantly as possible when rendering to a canvas in a custom view?

UPDATE: Here's how it works in my head:

I'm using canvas.drawArc() to make a circle, but I'm definitely missing something.

The code uses a canvas clip region and requestAnimationFrame for maximum quality and efficiency. (It's better live.)

I assumed you meant HTML canvas! Even if you didn't, other rendering engines (such as Android's 2D rendering pipeline, which you might have meant) also support hardware-accelerated clip regions. The code will likely look similar.

This renders smoothly on a low-range netbook and on my Android phone.

Let's say we have these two rectangles: 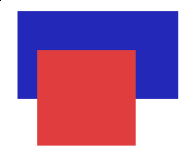 Clipping works just as well on lines, points, images or anything else you might want to render. I'm just sticking to rectangles for simplicity.

We don't want the red rectangle to be visible here (black circle) at all. 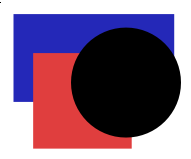 So we can instruct the renderer to clip the red rectangle by that circle. 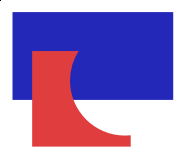 In other words, when the red rectangle is drawn, it is drawn everywhere except where that black circle would have been.

Different renderers have different ways of specifying what region to clip by. In JavaScript, with the HTML <canvas>, I did essentially

Now, in an Android Canvas, you'll want to be doing a similar thing, but the renderer expects slightly different code:

Android documentation on the matter might be handy. There are good questions like this one on StackOverflow about more things you might want to try with it.

Thanks to Anko for all the help!

2
How do I make a progress bar with letters that get "filled in"?
2
How to draw portion of a sprite in libGDX
1
Suggestions on how to achieve circular "hole" in environment

9
How to create the "drunk camera" effect in GTA 4?
8
How to create a Raining Effect(Particles) on Android?
11
How to do the Geometry Wars gravity well effect
5
how to implement motion blur effect?
11
Re-create 2D side-on wave effect from Worms game
13
How to create plasma trail for spaceship
1
How to create Whirlpool/Vortex effect?
0
How to create a hover effect on image
0
Clipping Effect in Toon Boom Harmony 15.0