In a 2d game, doing collisions with the edges of your screen is easy. Your textures are a 1:1 mapping of your screen resolution because your verities are too.. if your x position is > than ( screen width / 2 ) then you have hit the edge of your screen and shouldn't be able to escape it.

How do you solve the same problem once your game is in 3d coordinates?

I've tried the following but I'm missing something, the output is far too large. I'm expecting a number like 6.0 instead I'm getting 41.0 because I'm multiplying 25 or so by 1.5

Fyi, distance coming in as a parameter is actually set to 25.0f at the moment, I was trying to think ahead 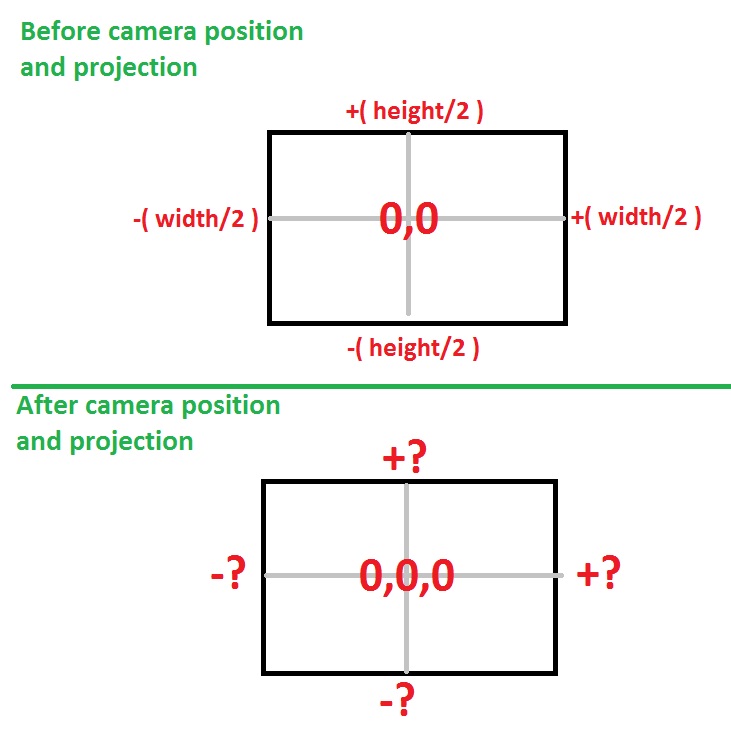 It may help to see the actual problem I'm having... I basically want 2d characters in a 3d world so I can do cool rotation things.. but I cannot figure out how to know when my character has hit the edge of the viewable screen: 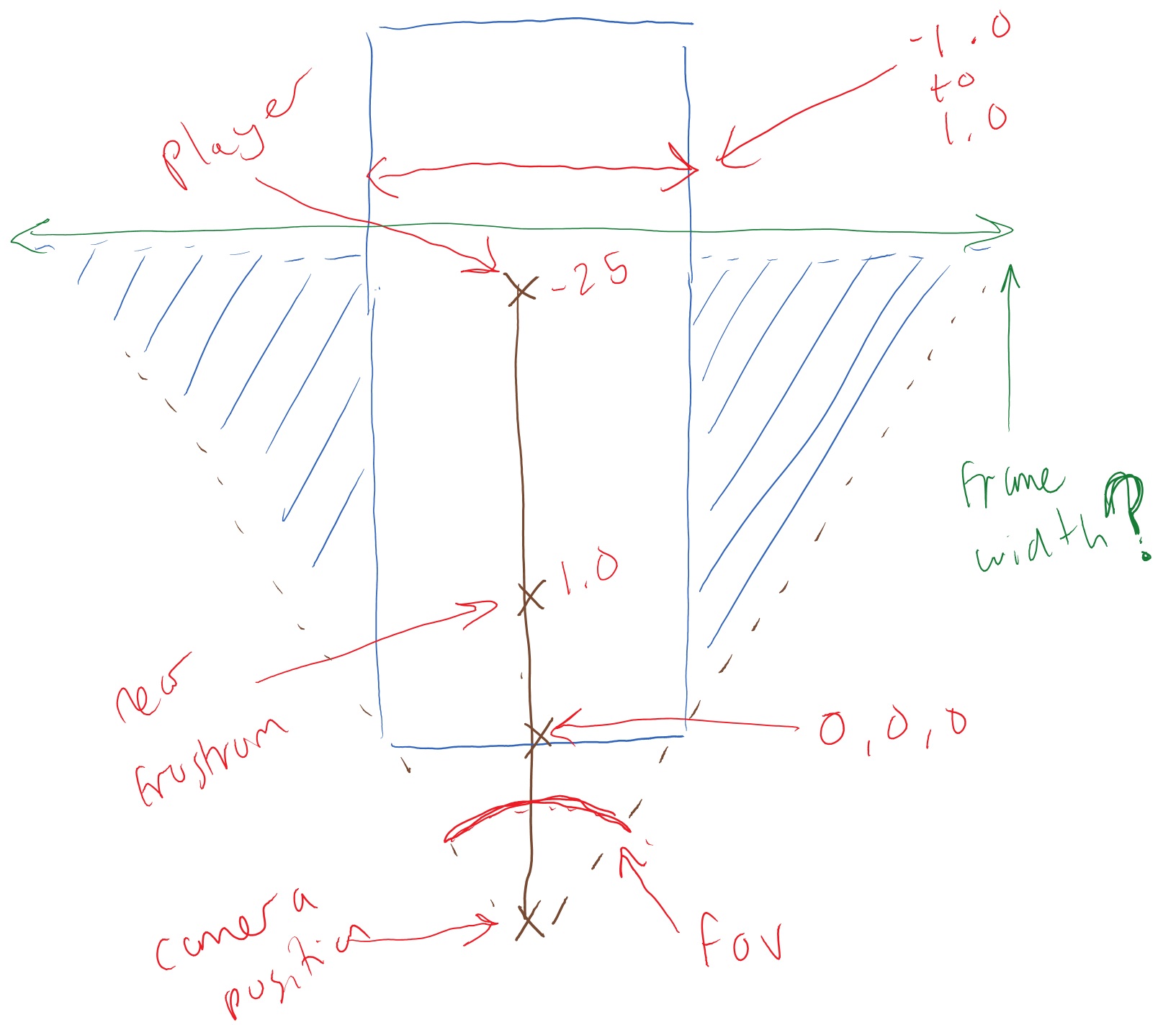 I applied Orthographic projections to my vertices and obviously it came out lovely on my screen! my 1920 x 1200 texture mapped perfect to my full screen app. beautiful.

Same goes with all of my players and enemies etc, I had vertices like:

I wanted to make my game 3D... so I now applied a perspective fov left hand projection and a camera... rather than the orthographic projection which allowed it to be 2D:

I did not change my vertices but I added a z of 1.0f to my objects with just a simple translation... The issue (and I guess you already realise this) was that my textures / vertices were HUGE... I either had to scale all of my objects by some roughly correct size with a scaling transformation, or change my vertices (and this is what I did in the end) to something more like this:

Both choices are killing me. Choice 1 meant I had to scale all of my collisions aswell, and both choice 1 and 2 meant I had to estimate how scaled they should be. so much so that my original 1920 x 1200 background I put back into orthographic projection coz I could not get it to scale well...

The last and most frustrating issue is that I have NO IDEA how to calculate where the borders of my screen are...

What is the usual approach to this?

you can try to project the screen borders back into the scene. In rendering projection matrices are invertable, because depth isn't thrown away. so you can use (matProjection*matCamera)⁻¹*v to project a point from screen coordinates back to world coordinates. the vertices [1 -1 0 1] [1 1 0 1] [1 1 1 1] [1 -1 1 1] are the quad that is on the right border of the screen. used in the formula above and you a a quad in world coordinates that you can use for collision.

And it will get the vector to the border, if camera looks at the z coordinate

I think that you can multiply with camera object matrix to calculate the width of field of view of the camera. (And Multiply with your distance.)