I've been working on a planet sized and shaped terrain lib for a while (In webgl and Unity) and have a couple of working implementations [Quadtree cubesphere and circular clipmaps].

But both of them suffer from the same problem. In the GPU vertex shader I move the vertices to their correct location on the planet. But 16 bit floats can't handle values that go into the millions. So when you get close to any vertex in the terrain it jiggles from the GPU rounding errors.

With the quadtree solution this is how I put vertices where they belong in the shader:

In the circular clipmaps I create a point at 0,0,1 and use two quaternions to rotate it to where it belongs (one for where the point is in the clipamp and one for where the clipmap should appear on the planet), then multiply it by the planet radius.

But both implementations require the multiplication of the planet's radius [the clipmap also has one quaternion with precision far higher than a 16 bit float, at ground level it will be a precision of 1/6000000 of PI]. 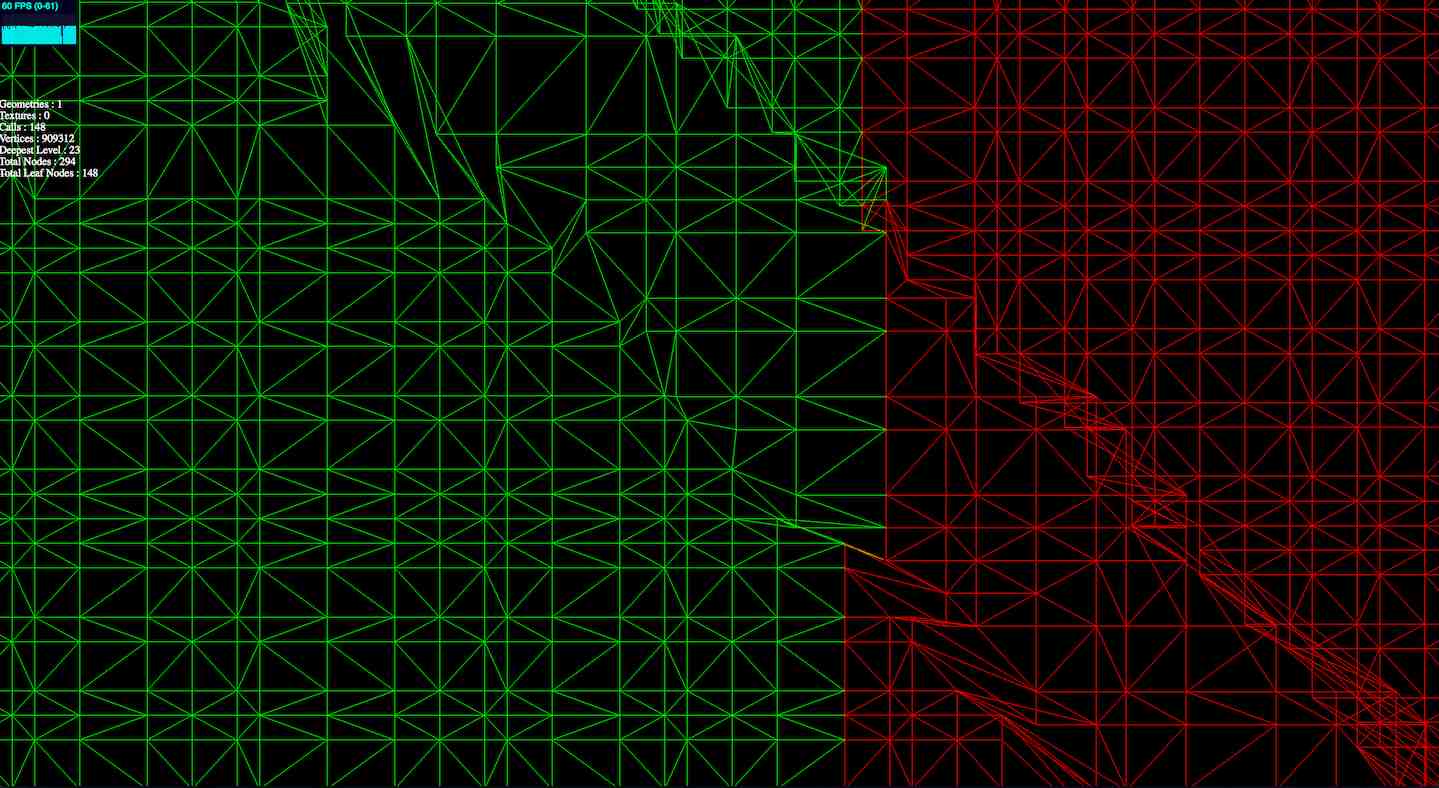 You can read a more detailed answer here:Which is the best LOD method for planet rendering?

I'm doing exactly something similar for my computer science degree thesis and attacked the same problem.

The problem you have is jitter, and you will find another one more called z-fighting.

Jitter: Most of today’s GPUs support only 32-bit floating-point values, which does not provide enough precision for manipulating large positions in planetary scale terrains. Jitter occurs when the viewer zooms in and rotates or moves, then the polygons start to bounce back and forth.

Depth Buffer Precision: Z-fighting. As we are rendering very large terrains, in this case: planets, the Z-buffer has to be HUGE, but it doesn't matter wich values you set for znear and zfar, there will always be problems.

I hope I could help, if you need anything more you can email me.

Not the answer you're looking for? Browse other questions tagged graphics terrain quadtree or ask your own question.

25
Which is the best LOD method for planet rendering?