How can I create a shader that will reproduce this lighting effect on terrain? 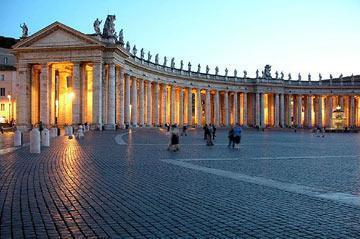 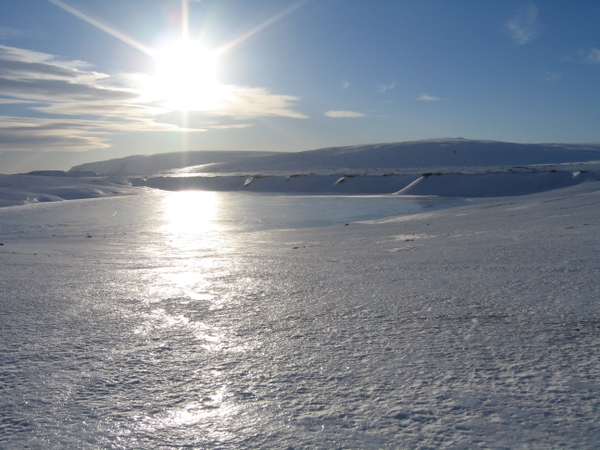 Notice the way in which the major light source in each image reflects off the ground, as a function of the distance between the light source and the viewer (?).

Is this a (bumped) specular map? The effect is seen all over in World of Warcraft; I specifically remember it on the snow in Dun Morogh, and on the shores of Darrowmere lake. Looking directly toward the sun is required. The effect is also commonly on the surface of water in RL and in CG. Specifically, I want to build the effect where the reflection is more intense on the ground surface closer to the light source, and falls off as it approaches the viewer.

I imagine if I was going to build such a shader there are certain phenomenas that I will start with.

First the sunlight is directional, meaning it does't have position nor attenuation.

Second the diffuse component is simply calculated by taking a dot product between the sun direction and the surface normals, adding normal mapping might add to the detail.

The tricky part is modeling the sun directional specular component. So to achieve similar effect I would break it into smaller problems: 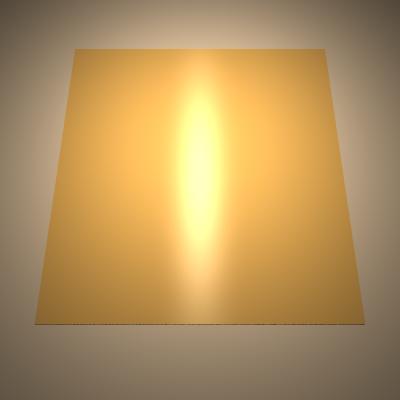 Notice in the image, how the specular lighting is directional unlike the common Phong specular light. Here is an article on the Ward model and how to achieve different effects. EDIT More information on the suitability of BRDF in terms reducing the light intensity closer to the viewer, can be found here. 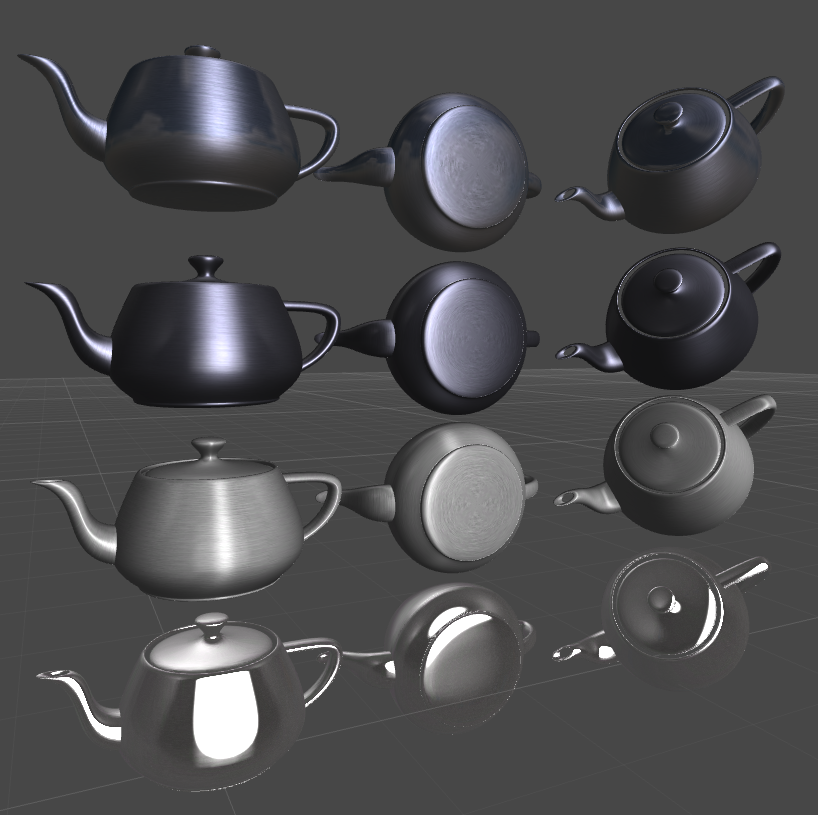 Finally another (optional) two points that I guess could add to the final image,

The reflection itself is just the specular reflection that you get as an output of the functions of your specific illumination model.

There are many different illumination models of varying levels of complexity that will produce a reflection shape similar to this, but a similar look to this can already be achieved with a simple bare bones blinn-phong lighting model, which is (now) probably the most basic lighting model used by graphics engines, and most likely also used by World of Warcraft.

It will not be physically correct and completely equal to your images, but it will look very similar. Concept3D's example of the Ward model is more physically correct and works for more complex surface types (namely, materials where the microscopic bumps in their surfaces are not uniformly distributed, but have different probability distributions), but I don't know of any concrete examples of real time renderers that use it, due to poor gains in terms of quality/performance.

In practice, such types of reflections on surfaces are supplemented by additional specular/gloss and normal textures, that modify the shininess/roughness of a surface, and the direction of the normals of the surface, respectively, which are both inputs to the lighting equations of typical lighting models. This is done because in the real world, the physical properties of surface most often (except for maybe something like plastic, or a mirror) don't stay the same all over the surface, but can vary wildly from pixel to pixel.

Not the answer you're looking for? Browse other questions tagged shaders lighting terrain-rendering or ask your own question.