breakout game, computing optimal ricochet angle of a ball to get to a certain point

Suppose the ball was to hit one of these blue bricks, finding the angle at which the ball should ricochet to go toward any point below the bricks using trigonometry should be trivial and easy.

My question however, is if we have the following setup 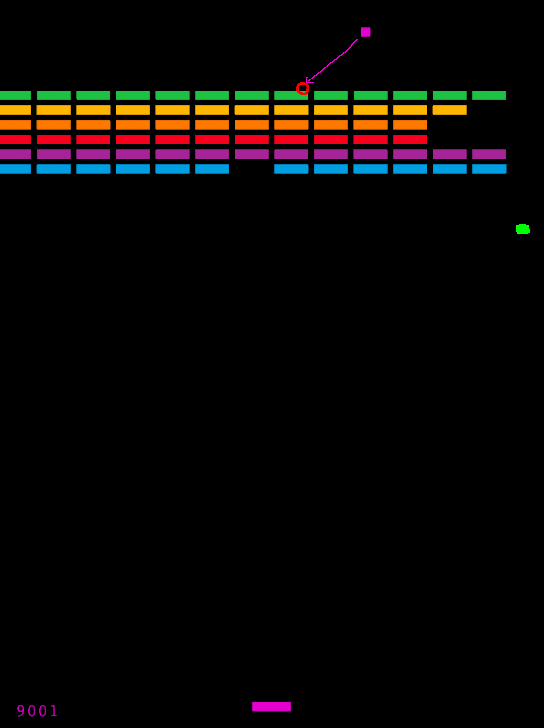 The path should ricochet off of multiple points to get there, obviously, I'm just not sure how to go about it.

Any math guru who can help me out? Thanks!

Depending on how often you can have a "rigged" bounce, an incremental solution might be possible.

For this example, I'll assume that:

Then each time you collide with a block, check whether you have an unimpeded path to the target point without touching another block (but collisions with the boundaries are permitted). If such a path exists, bounce that way.

A fast way to check this is to mirror your playing field and look for a straight-line path to any of the target point's reflections: 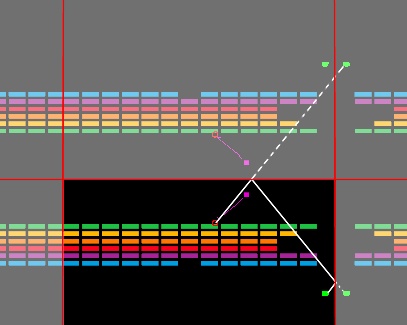 In the example you've given, there's no such path - even the best option hits the green row.

So, as a fallback, we just aim for a block that gets us a better view and let the simulation proceed. When we hit that block, this code runs again, and hopefully finds a path directly to the target. If not, it gets incrementally closer each time.

This way you don't need to account for the erosion of the playing field in your algorithm, since you're only ever looking one block impact ahead.

There are a lot of metrics you could use to select this fallback target. You could...

You could do Raytracing. Just send a number of rays in all directions and choose the ray that reaches your target. As parameters, you should think of the reasonable number of rays to shoot, the maximum distance that a ray should travel before discarded as not adequate and the addition of some little randomness to the starting angles of the rays, so you can restart if no ray reaches the target location. To get the best numbers you should profile and test your application. It is important to note that all rays can be computed in parallel.

The path of modelling this problem mathematically is harsh, since the restrictions of the problem change depending on the bounces that are imposed to the ray.

Just do it backwards.

Assuming you don't care about "realistic bounces" (you said rigged), do the following:

If you construct a travel path based on this, you can reach any final destination point.

The game will be really wonky if the bouncing doesn't happen in some logical order, but hey. 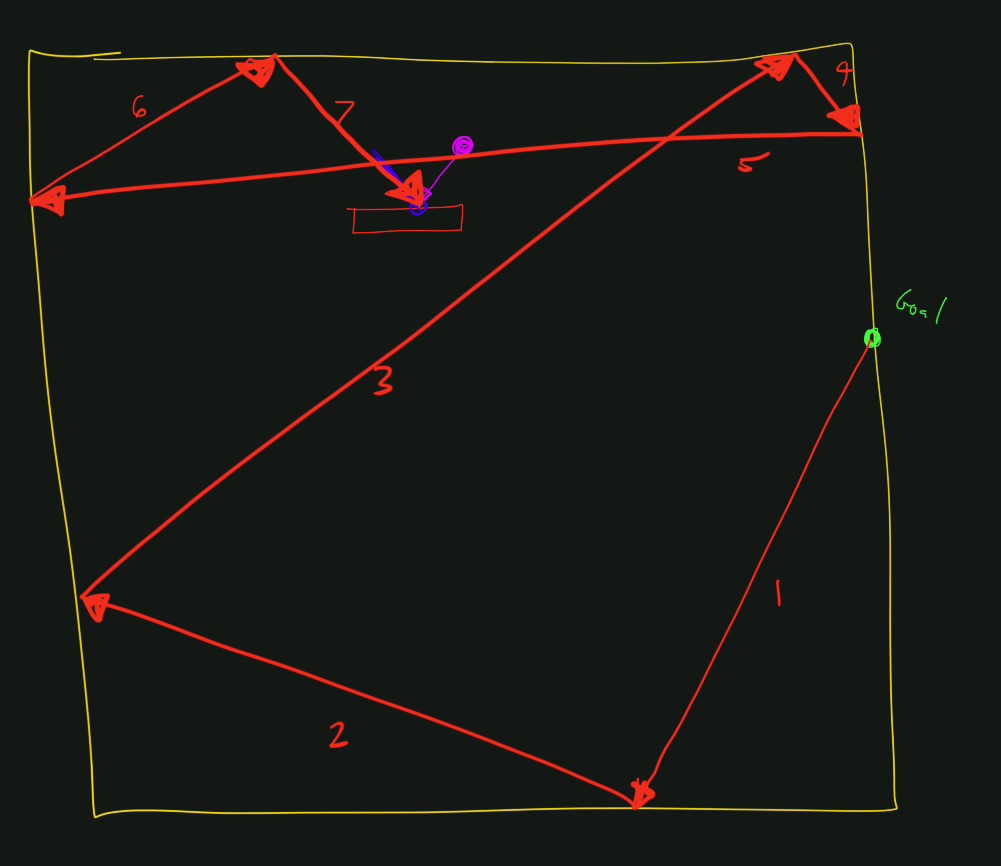 Not the answer you're looking for? Browse other questions tagged mathematics trigonometry or ask your own question.

2
algorithm for Shooting objects that bounce off the wall

15
How do I calculate rotation caused by bounce friction?
31
In Pong, how do you calculate the ball's direction when it bounces off the paddle?
11
Angle of Reflection
14
Get angle in radians given a point on a circle
0
Get rotate angle using a formula
0
Vector-based Pong-ball bounce calculations
1
Calculate target angle to a certain Vector
2
Scaling a sphere to give identical result, regardless of rotation