I'm trying to implement an atmospheric scattering in my graphics (game) engine based on the GPU Gems article: link. An example implementation from that article uses a skydome. My scene is different - I don't render a whole earth with an atmosphere which can be also visible from the space but some finite flat (rectangle) area with objects, for example a race track. In fact this is the most common scenario in many games. Now I wonder how to render a sky in such case:

Then I have correct an inner/outer radius propotion (10/10.25),right? I also send to the vertex shader a model matrix which sets a position of the hemisphere to the postion of the mobile camera vec3(myCamera.x, myCamera.y, myCamera.z):

The hemisphere moves together with the camera (encloses only some space around camera with radius = 1, but it also always fails a depth test.)

Unfortunately a sky color which I get is not correct: 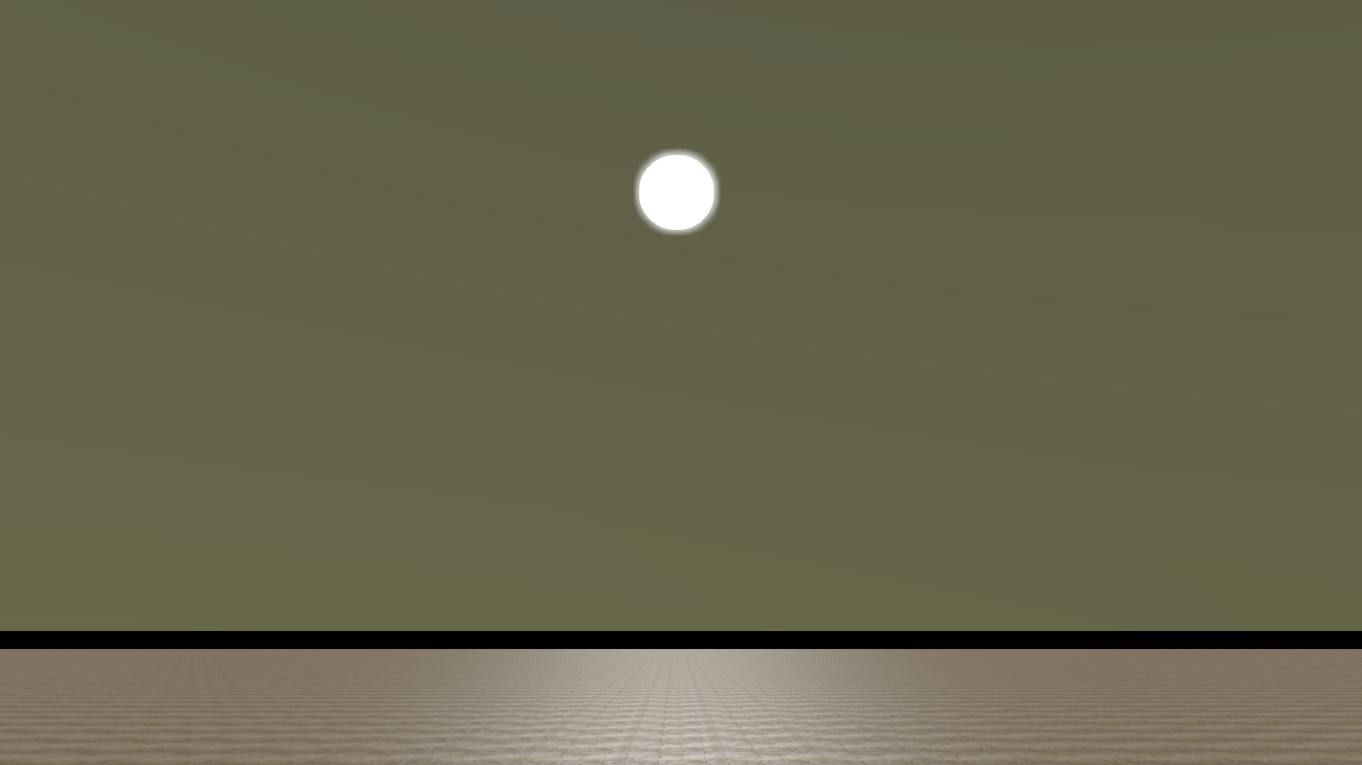 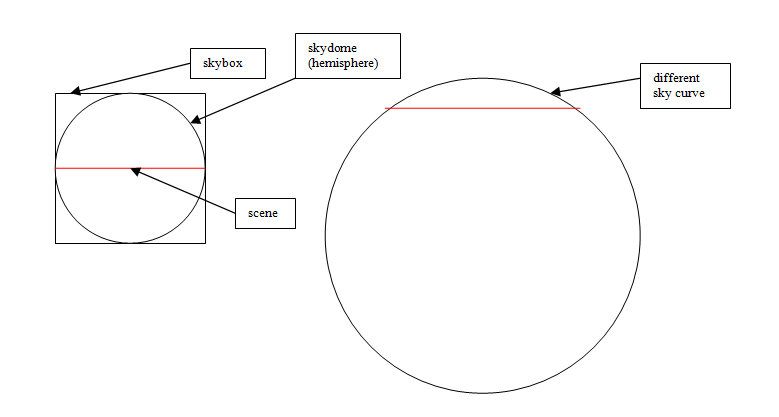 How should I set a sky curve?

Edit1 - debugging: In the vertex shader I assigned to v3Pos position of the "highest" vertex in the hemisphere:

Now the whole sky contains a color of that vertex: 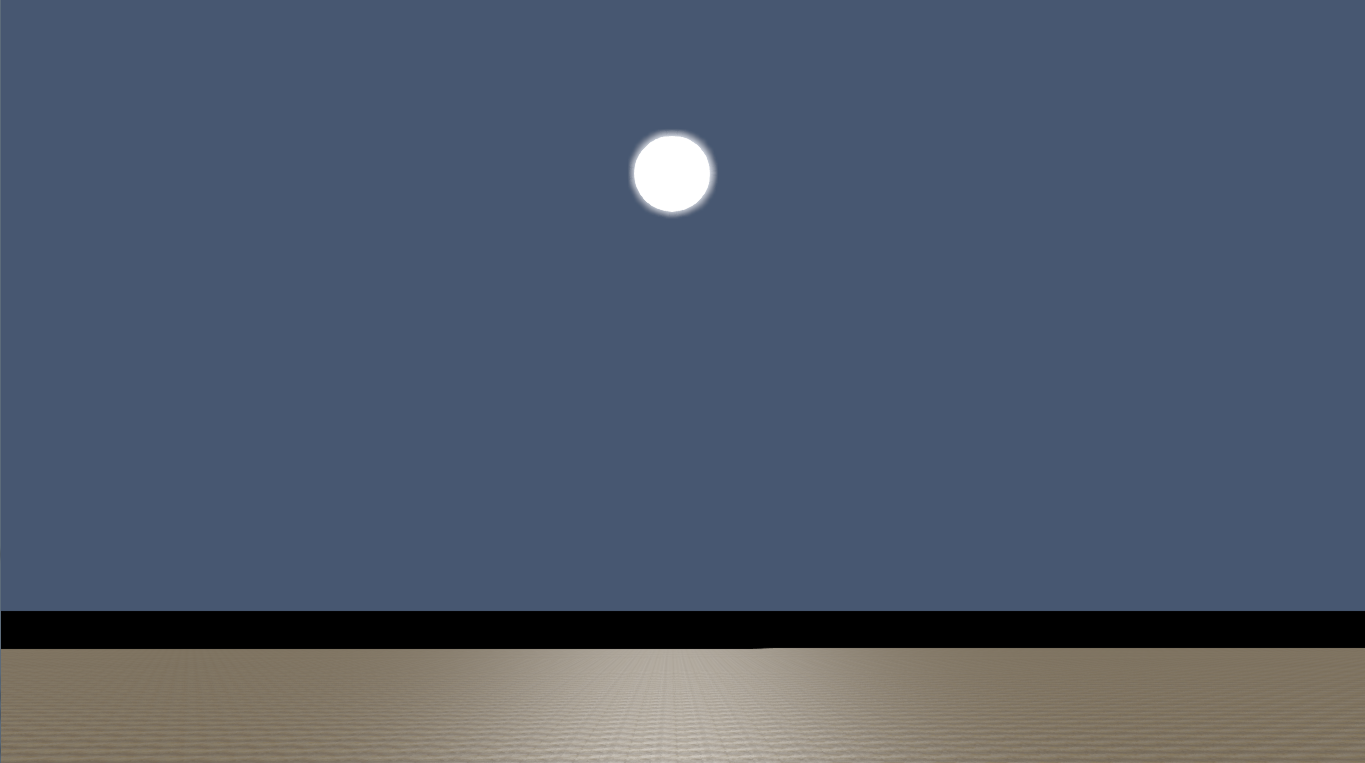 You need to pass your tuning values through uniform data, and not vertex data.

I recommend a screen quad for the support geometry of the sky, and render it at the end of your frame, when all other objects are rendered, using a depth test operation that is supposed to fail all tests, so that only wholes are rendered. (you can use a special orthographic camera matrix for that, where you know that 1 is the deepest value, and you put your screen quad at 0.99 to avoid far clipping, for still to fail all depth tests.)

Then it will be optimal in performance, it is a classic defered rendering technique. (unfortunately with the classic antialiasing problems that we know)

You can also use a skycube or a skysphere, companies have happened to use the 3 techniques described above, so its not like there is a universal answer.

I haven't worked on this problem personally so I probably missed a lot of the nuances but I have managed a project where we implemented just this sort of scattering model. We actually did this twice, once for a forward rendered pipeline and again for a deferred lighting pipeline. In both cases we did everything in screen space with what little dynamic data we needed uploaded as shader constants, and the static data pre-calculated and encoded into 3d textures. The forward version was done as a post process step (although this caused all sorts of headaches, especially lighting alpha polys that were not represented in the depth buffer). In the deferred lighting setup we did this as part of the lighting pass with far fewer problems.

Sorry for being a bit vague but hopefully at least of some help.

Not the answer you're looking for? Browse other questions tagged opengl graphics-programming graphic-effects .