When storing voxels in chunks, how do I access them at the world level?

I'm not looking for how to store the voxels, data wise; I'm looking for the theory. Currently, my voxel engine has no global list of tiles. Each chunk has its own list, and its "hard to do things" like collision detection or anything that may use tiles that are outside of its own chunk. I want to start using height maps, but I have a problem. If each chunk has its own list, then it will be pretty difficult to implement the height maps.

Should I store a global list of voxels, independent of the chunks? Then, I can just easily perform collision detection and terrain generation. However, it would probably be harder to do things such as frustum culling.

So how should I store voxels?

The world should contain a list of chunks currently loaded, and the chunks contain lists of voxels. Each chunk should be the same size (contain the same volume of the world). Now when you want to access a specific voxel in the world, you only need to convert world coordinates into two pieces of data: chunk and chunk coordinates.

Think of it like graph paper, where the larger thicker lines show you where the chunks are and the smaller grids are the data each chunk holds. 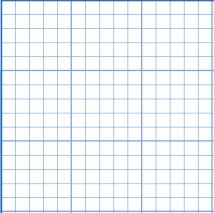 The system used to access each can be very similar. It's just that one system holds chunks, while the other holds voxels.

Not the answer you're looking for? Browse other questions tagged voxels or ask your own question.