Use depth bias for shadows in deferred shading

We are building a deferred shading engine and we have a problem with shadows.

The problem we face is a classic one: Self-Shadowing:

A standard way to solve this is to use the slope-scale depth bias and depth offsets, however as we are doing things in a deferred way we cannot employ this algorithm. Any attempts to set depth bias when capturing light's view depth produced no or unsatisfying results.

So here is my question: MSDN article has a convoluted explanation of the slope-scale:

Could you explain how I can implement this algorithm manually in a shader? Maybe there are better ways to fix this problem for deferred shadows? 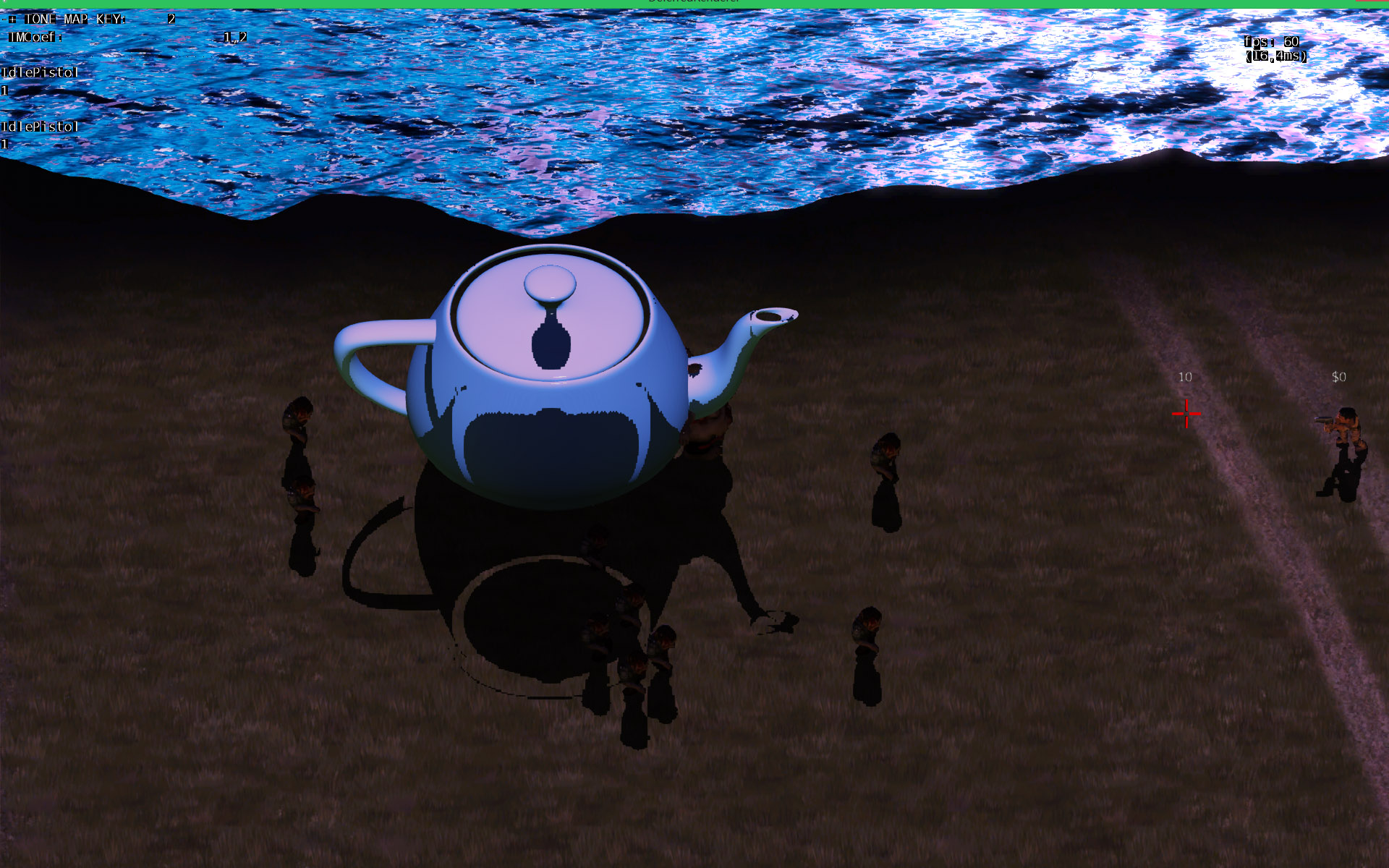 Image with no bias applied: 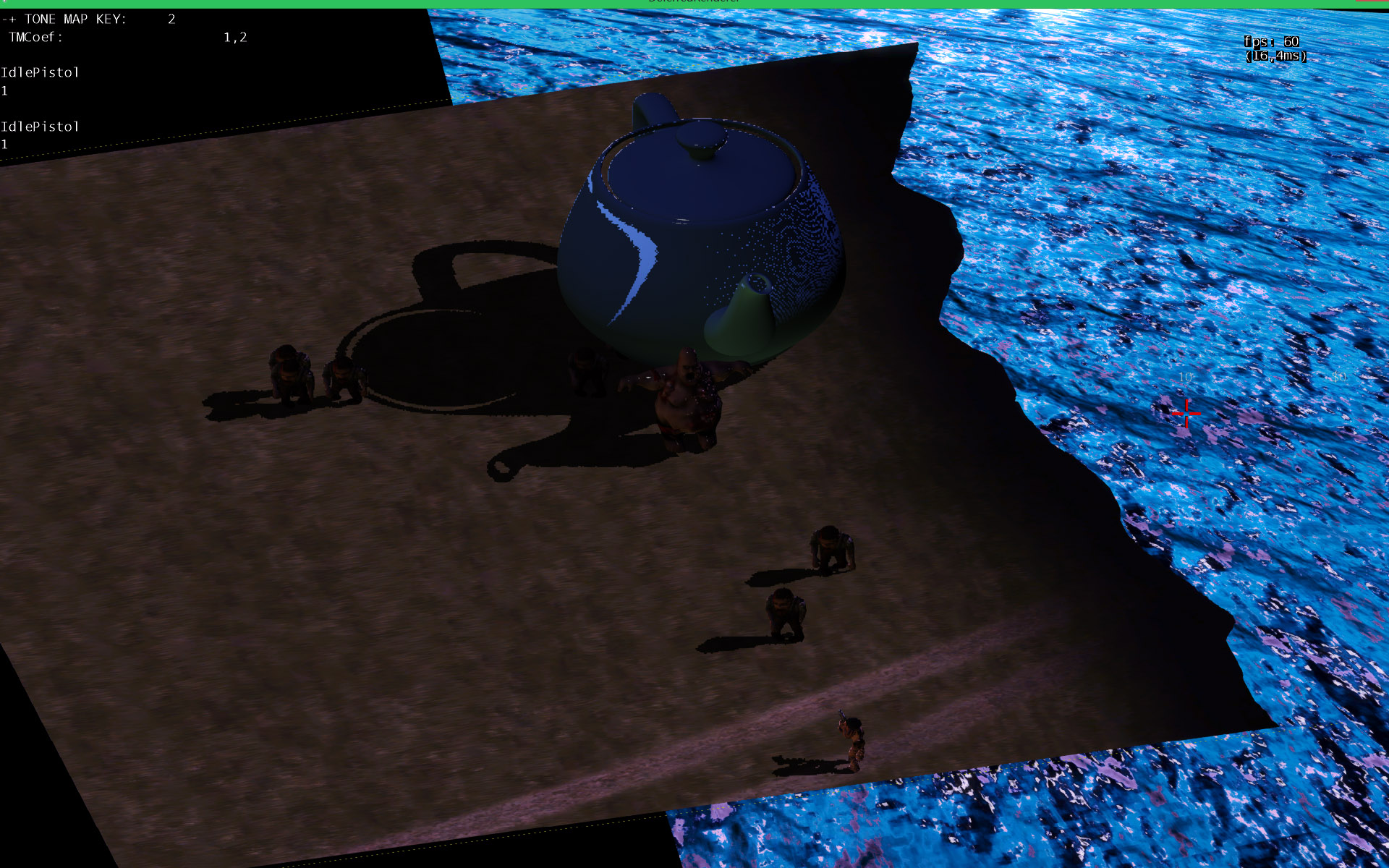 Normal offset bias applied, it works with the teapot, but look what it does with all the other shadows: 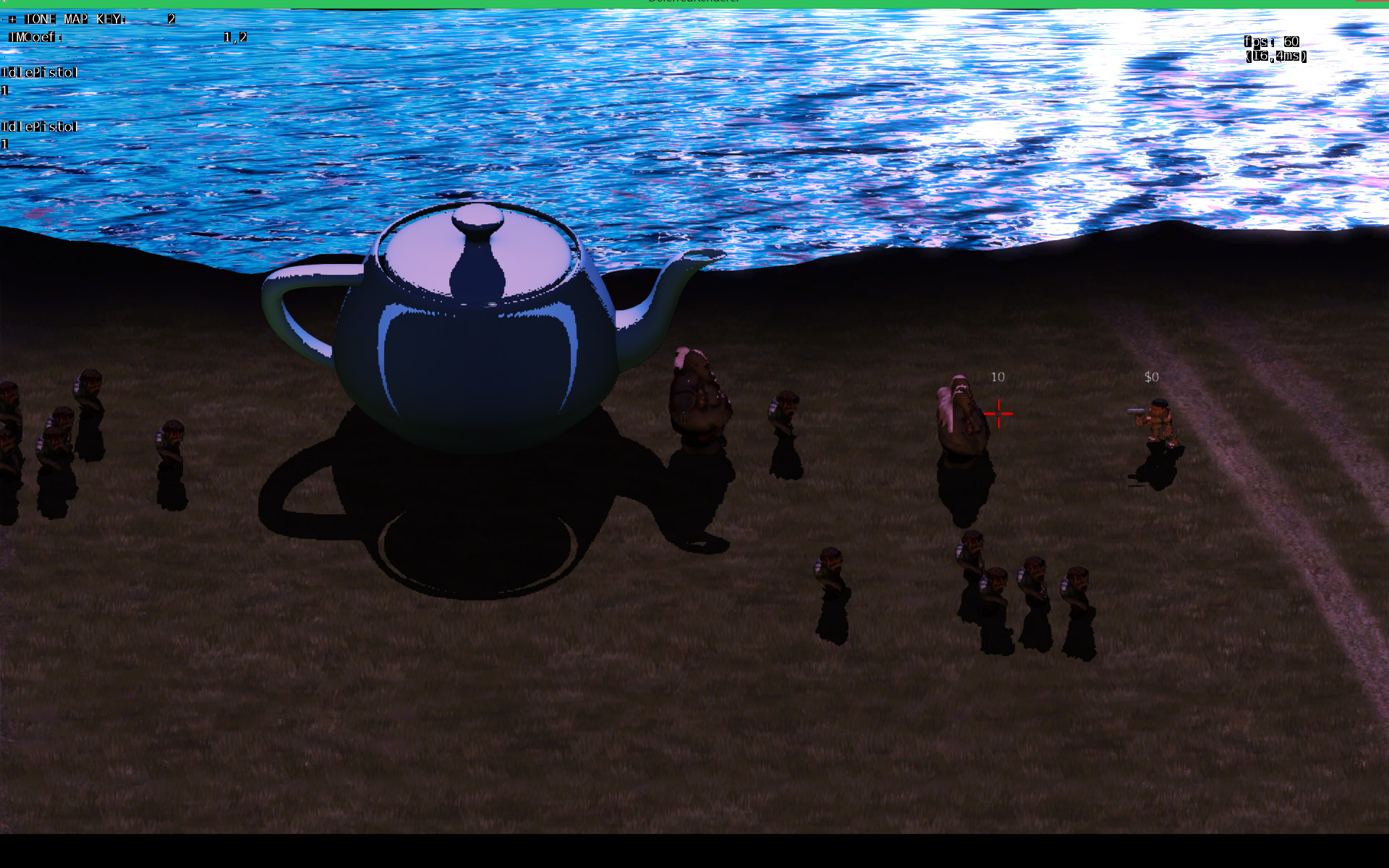 I even tried adding the NDotL term, it does not help:

The hardware slope-scaled depth bias should work fine with deferred shading. It only affects the depth values written into the shadow map, so you generate the same shadow map regardless of whether you're using forward or deferred shading. Is it possible you're not reconstructing position from (camera) depth correctly when you do your lighting passes? That would throw off the points where you're sampling the shadow map, which could cause issues like this.

In general, though, I prefer normal-offset shadows instead of using depth bias. When drawing the shadow map, you use the vertex shader to offset each vertex inward a small distance along its normal. This helps shadow acne without introducing the light leaking artifacts typical of slope-scaled depth bias.

I encounter the same problem when using R32Float as shadow depth, here's my code:

My recommendation is to use hardware depth instead of color buffer, and the depth bias / polygon offset will work correctly; I use R32Float just to workaround a bug of some game engine.

Not the answer you're looking for? Browse other questions tagged depth-buffer shadow-mapping or ask your own question.