I am following OpenGL GLSL cookbook 4.0, I have rendered a tesselated quad, as you see in the screenshot below, and i am moving Y coordinate of every vertex using a time based sin function as given in the code in the book. 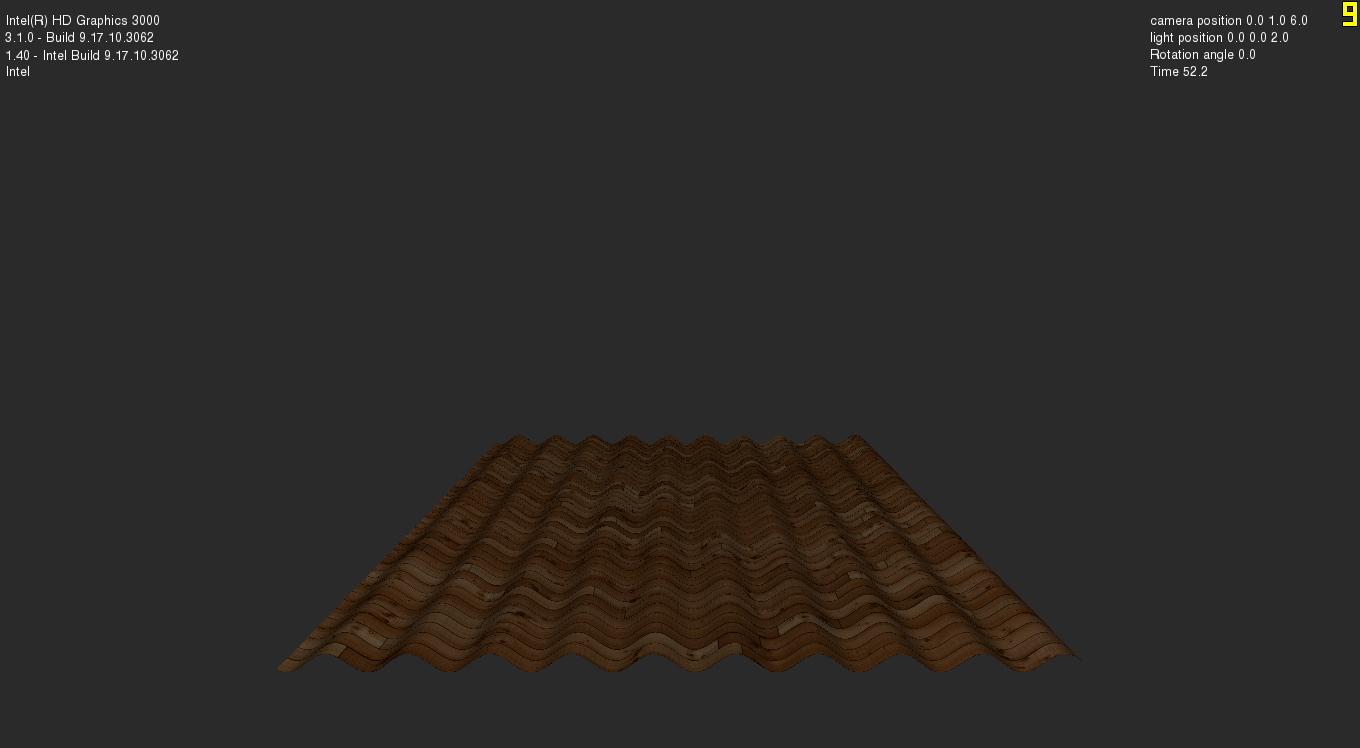 This program, as you see on the text in the image, runs perfectly on built in Intel HD graphics of my processor, but i have Nvidia GT 555m graphics in my laptop, (which by the way has switchable graphics) when I run the program on the graphic card, the OpenGL shader compilation fails.

It fails on following instruction..

I know this error is coming on the sin(u) function which you see in the instruction. I am not able to understand why? When i removed sin(u) from the code, the program ran fine on Nvidia card. Its running with sin(u) fine on Intel HD 3000 graphics.

Also, if you notice the program is almost unusable with intel HD 3000 graphics, I am getting only 9FPS, which is not enough. Its too much load for intel HD 3000.

So, sin(X) function is not defined in the OpenGL specification given by Nvidia drivers or something else??

You seem to have a variable called sin, and that interferes with the built-in function. Try changing the value name to something else.

Not the answer you're looking for? Browse other questions tagged opengl glsl .

5
Why does my GLSL 1.20 shader not work with an OpenGL 4.0 driver?
8
Why does my machine render OpenGL using my onboard chipset instead of my graphics card?
4
How do I get GLEW to use my Nvidia GPU instead of an integrated Intel card?
7
Why do I see spaces between polygons in OpenGL, only on an Nvidia 720M?
0
Black Screen when using High-Performance NVIDIA Processor
3
GLSL error on AMD gpu. No error on nVidia
1
GLSL shader error on different computers