I wanted to know how should I determine a good texture size ? Currently, I always create UV texture that are 1024x1024px but if I create for example, a big house with a 1024px texture size, it will looks pretty bad. 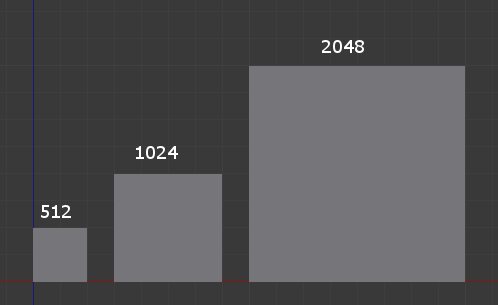 or is it better to always do high-resolution texture and then reduce it in the software (ie : increase the LODBias settings in UDK reduce the size of the texture) ?

Thanks for your answer.

ps : sorry for my english !

Another thing to take into account is how close the camera can get to a particular object. If the camera can get very close, for example to a character, you would want a higher texel density. A character might only be 2 meters tall but you would probably want a lot more than 256x256 for her textures. Conversely, a mountain in the distance will never be seen up close, so it doesn't need a very high texel density.

is it better to always do high-resolution texture and then reduce it in the software (ie : increase the LODBias settings in UDK...)

I wouldn't use LOD bias settings to reduce textures. If you do that, you're still paying for the cost of the high-res texture in memory and loading time. Instead, reduce the texture in a preprocess, and only load the smaller version of it. It's still good to author the original textures at a high resolution so you have the extra detail in case you need it later.

Not the answer you're looking for? Browse other questions tagged 3d textures udk or ask your own question.