2D Side Scrolling game and "walk over ground" collision detection

The question is not hard, I'm writing a game engine for 2D side scrolling games, however I'm thinking to my 2D side scrolling game and I always come up with the problem of "how should I do collision with the ground". I think I couldn't handle the collision with ground (ground for me is "where the player walk", so something heavily used) in a per-pixel way, and I can't even do it with simple shape comparison (because the ground can be tilted), so what's the correct way? I'know what tiles are and i've read about it, but how much should be big each tile to not appear like a stairs?Are there any other approach?

I watched this game and is very nice how he walks on ground: http://www.youtube.com/watch?v=DmSAQwbbig8&feature=player_embedded

If there are "platforms" in mid air, how should I handle them?I can walk over them but I can't pass "inside". Imagine a platform in mid air, it allows you to walk over it but limit you because you can't jump in the area she fits

Sorry for my english, it's not my native language and this topic has a lot of keywords I don't know so I have to use workarounds Thanks for any answer

Additional informations and suggestions: I'm doing a game course in this period and I asked them how to do this, they suggested me this approach (a QuadTree): -All map is divided into "big nodes" -Each bigger node has sub nodes, to find where the player is -You can find player's node with a ray on player position -When you find the node where the player is, you can do collision check through all pixels (which can be 100-200px nothing more)

Here is an example, however i didn't show very well the bigger nodes because i'm not very good with photoshop :P 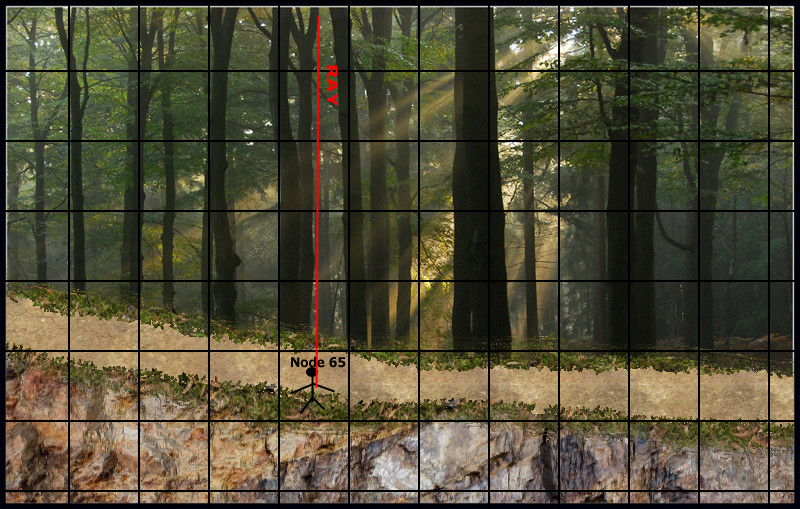 How is this approach?

Typically the way I've handled this in the past is by creating metadata for your level that is nothing more than a series of ordered points to define line segments, and doing player collision vs. line segment collision on them. For a tile based game you only have to author data for those tiles. This is better than trying to do pixel tests since it's easy to define how things interact with lines than a series of pixels.

Then it's a simple matter of defining how you want your collision on your character to be. Circles are the easiest. Usually you probably want to do something like a pill shape, though (two circles and a rectangle).

Basically it's a simplified form of the idea of a collision model that a lot of 3D games use, except it's just lines.

It doesn't necessarily deal with floating platforms and jumping, but consider the idea of walkable areas as opposed to walkable surfaces. For example here's a forest with a sloping path. You only want the player walking on the light dirt path. 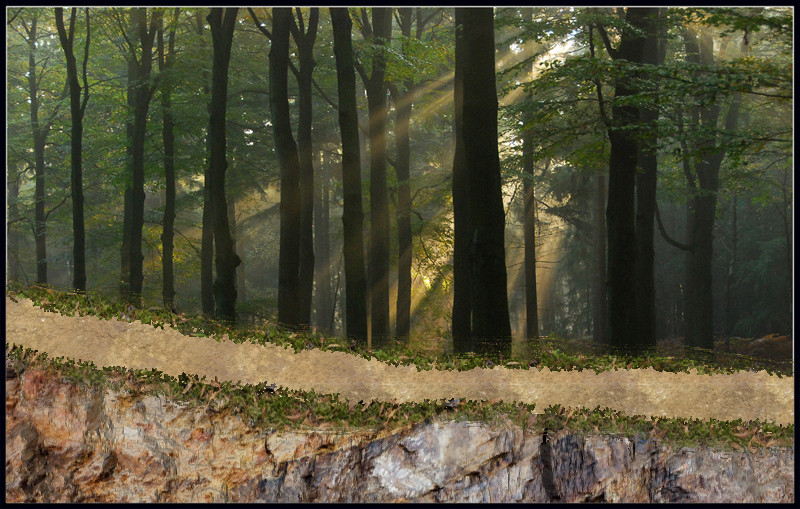 Now have an invisible bound area that defines the places the player can walk. Here's what it might look like overlaid on the forest path. It would NOT be rendered in the actual game of course. 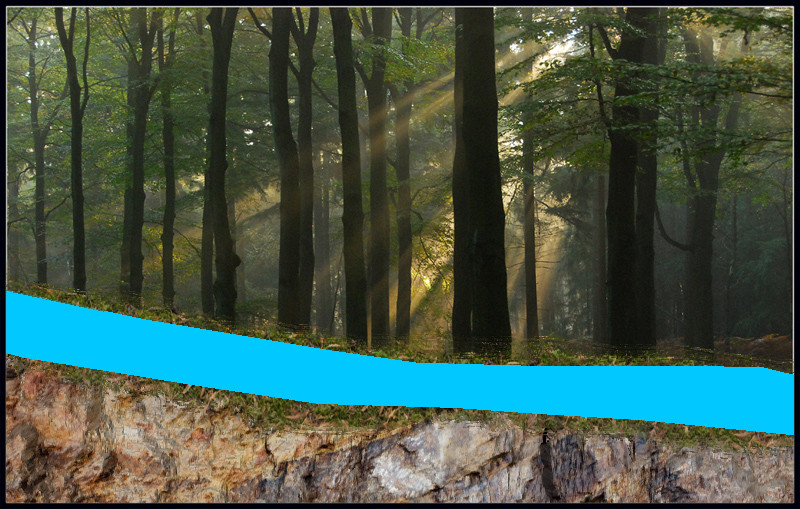 Then you put your player in the picture, and only allow their origin point (probably base of their feet) to be inside the walk zone. 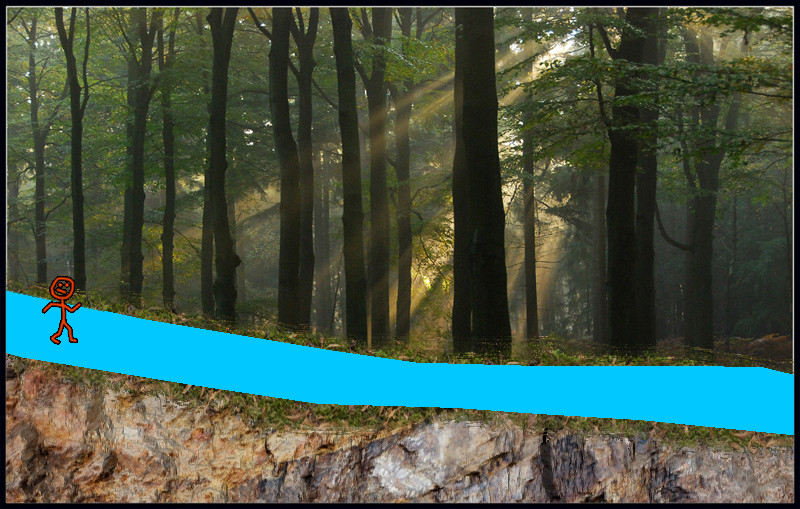 This would work pretty well if you let the player click on any spot, and if it was in the walk zone they would walk to that spot.

Game Maker allows you to do something like this.

Your question is a bit broad, it seems to hint that you are not perfectly comfortable with the programming and/or mathematics involved.

What I describe here is what I after long consideration believe to be easiest for you to understand and implement:

Your world is split into a series of relatively narrow vertical stripes, something like 20 pixels wide each. For each stripe you define a number of lines stretching from one side of the stripe to the other, these lines should be placed to match the surface of the ground in that given area.

It's hard stuff to mess with if you are not a skilled mathematician, but I hope you can use it. I'm afraid it doesn't get a lot easier unless you resort to something block based.

Not the answer you're looking for? Browse other questions tagged 2d collision-detection side-scroller .