Perlin Noise for generating terrain in a 2D side-scrolling game. Is there a way to make variations in noise's amplitude?

For example if my generated levels look roughly like this: 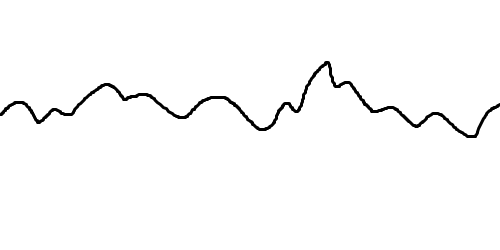 But once in a while I would like to have the "amplitude" rise say 10 times than the rest of the level, so that it would look something like: 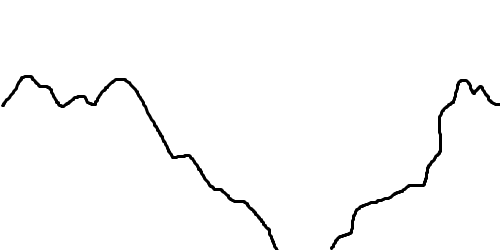 Add another layer of noise to control the amplitude. Scale the noise up (on the X axis) to make the changes in amplitude gradual. Further, you can apply the amplitude changes in a exponential fashion. By applying them in this way, the difference in the noise values of .3 to .4 are not nearly as significant as the difference in the values .9 to 1. This strategy ensures that you do get some deep trenches, but you don't get them frequently.

Note that this method can easily be applied to also cause high mountains if desired.

Not the answer you're looking for? Browse other questions tagged procedural-generation perlin-noise or ask your own question.

6
How to flatten out terrain and make better caves with Perlin noise
6
Do I need multiple perlin noise generators for different features in terrain generation?