Create extra bullets, offset according to angle of spaceship? [duplicate]

I am trying to create a weapons upgrade for my Spaceship, using libGosu and Chingu (in Ruby). This question is about how to deal with this issue specifically in Ruby, and more specifically in libGosu.

In the player class I have tried several variations of the following:

It sort of works, but not exactly how it ideally should. For reference, this is what the Bullet class looks like:

How should I construct "def fire" in order to get the extra bullets to align properly when the spaceship rotates? 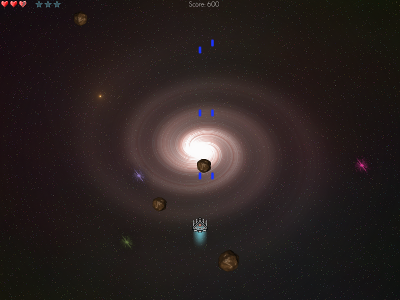 In the first image (above) the bullets are separated as intended. 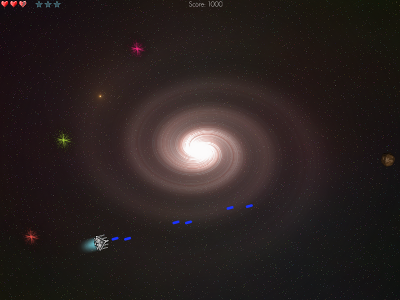 In the second image the bullets are clumping together when the spaceship is rotated.

Here's a little explanation as to what the mistake was.

What you wanted to do is shoot a bullet that started with an offset relative to the rotation of your ship. You knew that the direction of the ship is angle, so if you want to shift it perpendicular to that and you're in the origin already then you only need to add 90° to you angle and go in that direction by whichever offset you want.

As you said, you "can use cos and sin" but you honestly already are, here's the definition of offset_x and offset_y:

Here's also a handy little diagram which hopefully explains it a little bit more (just pretend it's a perfect circle and the blue and black line are the same length, hehe) 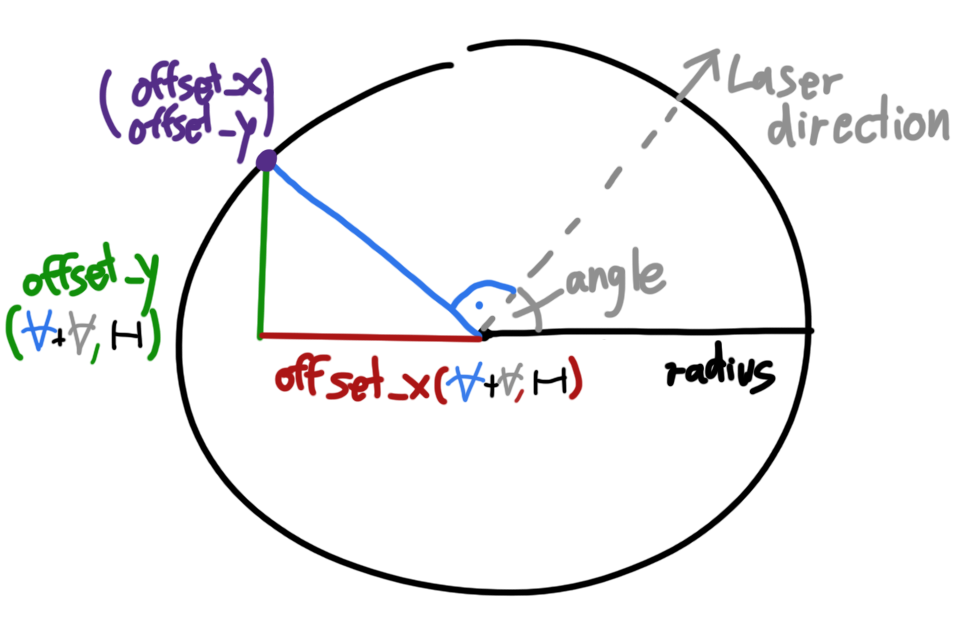 Not the answer you're looking for? Browse other questions tagged 2d ruby libgosu chingu or ask your own question.

-1
Shooting many bullets toward the mouse position

1
Android 2D game, shooting and getting animation to stop
0
android basic Movement for array-objects
2
In a 2D game with an isometric camera (like Bastion) do I need to create a new animation for every angle the player is facing?