While creating some basic AI for my "ghost" mob that is just up for testing at the moment, I thought of allowing it to face the player, depending on the player location. I get it to work correctly, but it doesn't act exactly as I want it to. Here is the current code I use for when getting the ghost to face the location of the player:

It will switch viewing position as I want along the x-axis, but along the y-axis I have to be exactly lined up for it to face me as so (the sprite below the first one is the player, I am just using the same sprite for the ghost at the moment): 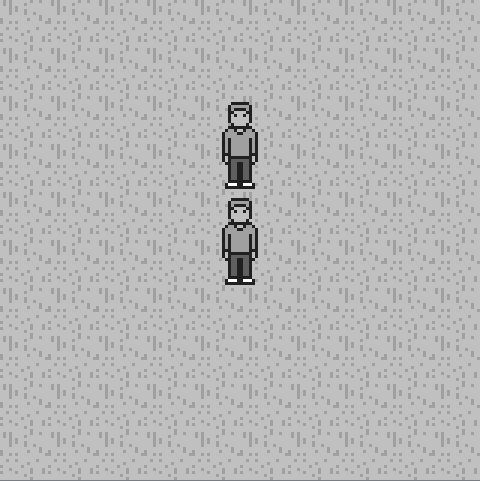 As long as I am down there I would like it to face that location, but if I adjust one pixel this happens: 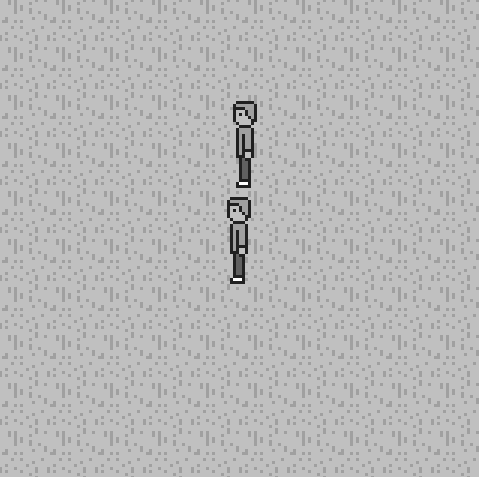 For the mapping, I want it to act similar to this, positions will change within a certain range is what I really want though, so if I were to move to the left side of the ghost, it would switch to that view, but if I were to stay at the bottom, I want it to stay facing that way: 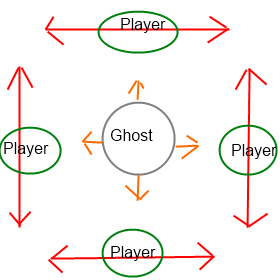 Not the answer you're looking for? Browse other questions tagged java 2d ai or ask your own question.

7
Tiled based map collision detection problem
2
Relating a point after an image is panned and zoomed
11
How to move an object along a circumference of another object?
1
2D Top down acceleration vector
3
Wall-sliding Collision Response Only Works On One Axis (2D)
0
Raycasting on Z in 2D
2
How would i go about implementing portals into my game?
0
How to detect if a key is held?
1
How to use an array of y values to render a 2D top-down Java game?