I have a terrain with geometry that is fairly ridged. I needed to make sure the player didn't enter the world geometry, so I used sphere-triangle intersections (after narrow down of which tris to test using AABBs on chunks of the terrain).

This works fine, the player smoothly appears to "roll off" the terrain when you walk into it.

What I do is detect the penetration distance of the sphere into the terrain, then just push the player back in the direction of the terrain face. That clears him of the world geometry.

Push the bounding sphere of the player back in the direction of the normal of the wall he hit, until he exits the wall. 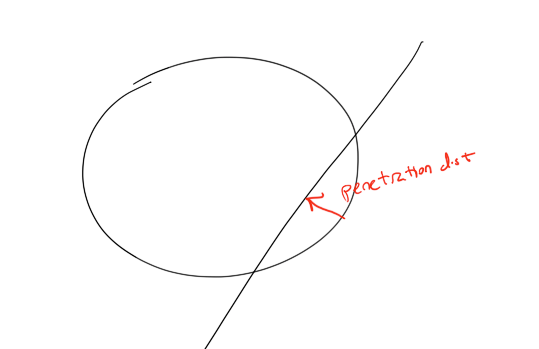 However. This has had the awkward side effect of occassionally pushing the player into another face (when the player is near the meeting of 2 faces). The result is this nasty bounce-shake between the two walls and the player gets stuck until he changes direction (turns around). 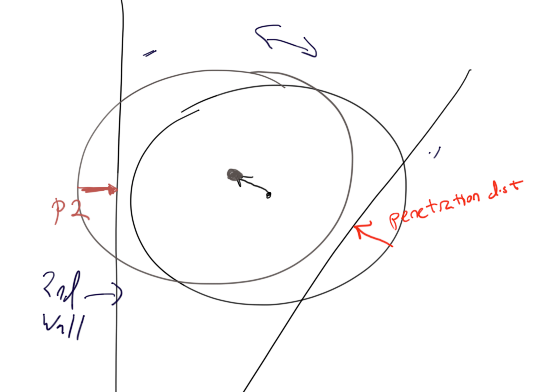 Initially I tried to solve this problem by:

Cancel or partially cancel the move by pushing the player back along the vector from which he came, until he exits the wall he deepest hit 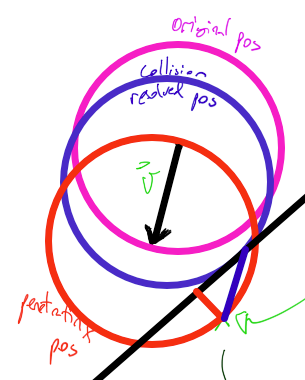 So it seems I was on the right track with the first approach (push in wall's normal direction). What I'm going to try next is a hybrid:

Am I on the right track here? Is there a better way to solve this?

Here's one quick nice trick implemented in the latest Physics SDK: if you have a ball experiencing multiple collisions, then use impulses to resolve collisions.

You could add one invisible wall to prevent players from trying to squeeze into these areas. So instead of bouncing between two walls at an acute angle, they could bounce off three walls with obtuse angles between them. That would avoid your feedback problem without additional collision logic. But to the player, it would appear that they simply can't move any farther into the joint of the two visible walls. 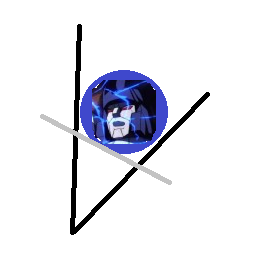 Method #1 does work, but performance is a lot better if you use the interpolated normal of the face (instead of the face normal, as I had been using). 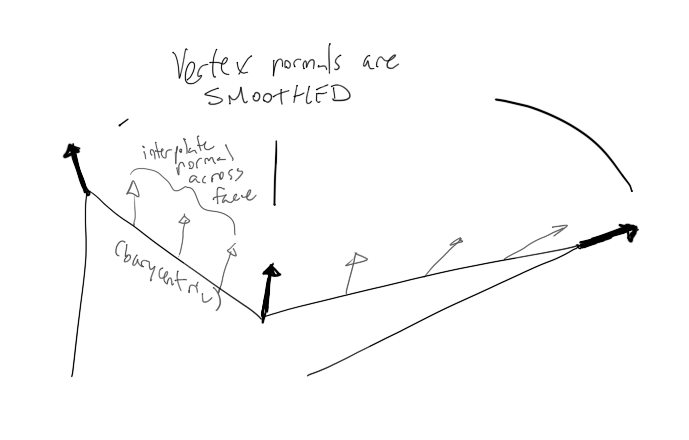 But you can still get sporadic behavior with this. The "weird bounce" behavior occurs mostly when a sphere "chomps" into the side of a triangle (instead of "kissing" the triangle from above)

So I found there were actually 3 cases to handle distinctly to avoid sporadic bouncing behavior: 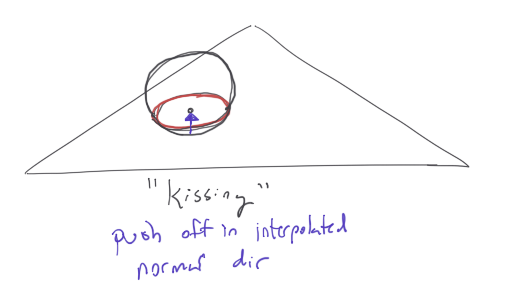 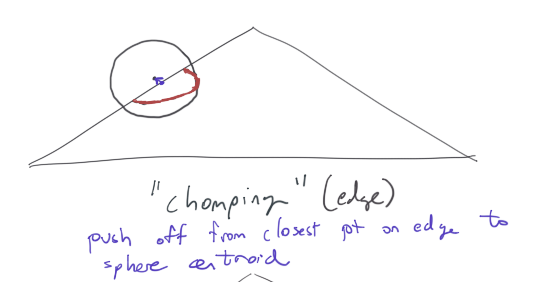 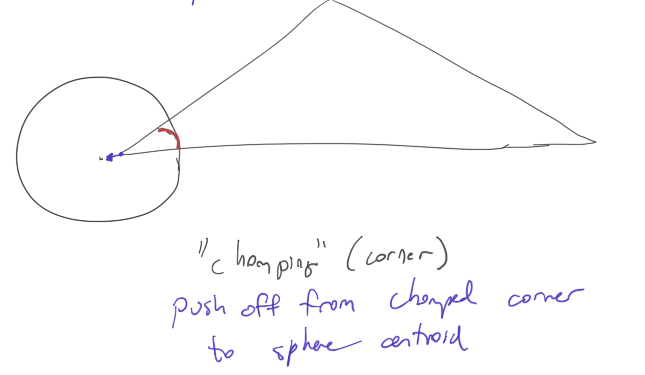 A couple of other notes:

The "canceling" you described earlier should work, just you need to separate the movement between the axes and check both seperatedly. E.g. a collision on the X-axis shouldn't cancel the movement on the Y-axis and vice versa.

Not the answer you're looking for? Browse other questions tagged collision-detection terrain bounding-spheres .