blending with the foreground but not the background 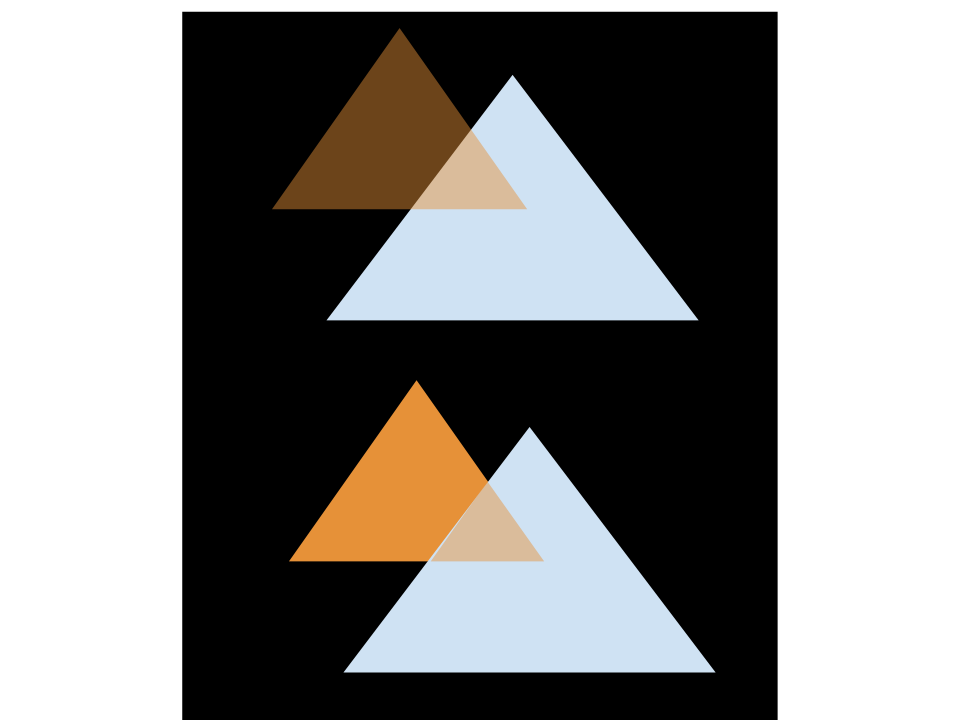 How can this best be achieved? Is there a simple blend func that does this? I would like to avoid deferred rendering and such if I possibly can.

Is there some way that gl.blendFunc and perhaps gl.blendFuncSeparate can be used to achieve this?

To build upon Sean's answer, you don't need to make a separate FBO in order to render the effect you're looking for. Unfortunately, you cannot do it in a single pass because you're asking for two different blending operations for the pixels depending on whether or not your orange triangle is overlapping the light blue one. Fortunately, this is an excellent example of a place where the stencil buffer can be used.

In order to generate the effect that you want you need to do the following:

You will need to make sure that your OpenGL context has a stencil buffer, which you can usually do during creation of the context. I believe that WebGL asks for it explicitly.

Here is some (untested) pseudocode as well:

Turning Sam's comment into an answer, you need to do all your rending in two passes.

For your first pass, draw only the foreground objects into an off-screen buffer/FBO. If you're using multiplicative blending you might get your desired effect with a white background; with additive blending, you may want a black background. Remember to clear to and update the alpha channel appropriately; you probably want to clear it to 0.

In GL, the psueodocode would be something like (I don't recall the names or parameters of the GL functions; correct as necessary):

Not the answer you're looking for? Browse other questions tagged webgl blending .