How do I implement 2D shadows cast between layers?

How could I implement 2d shadows that are cast by objects in a different layer?

NOT like the dynamic lighting in the well known tutorial from Catalin Zima : 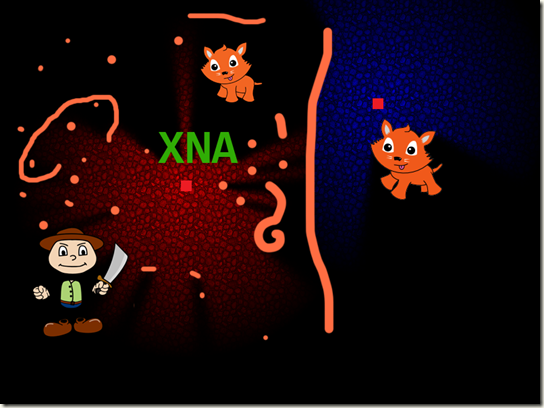 But like the shadows of the pipes in this video:

And like the shadow of the platform and the character in this video: 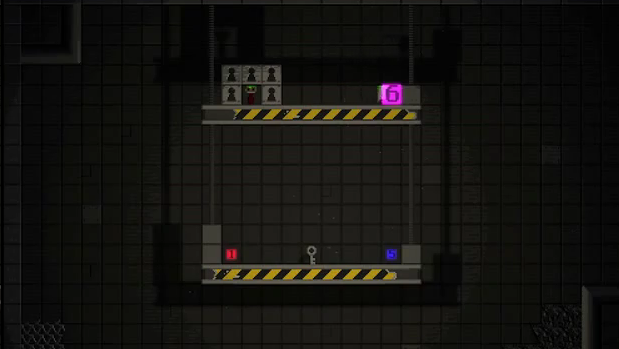 I would like to use the same kind of lighting in a scene with many layers and a lot of lights with different colors.

I could imagine doing this by drawing a black copy of the layer over the layers behind that layer, and adjusting it according to holes in the layers on which the shadow is cast. But I hope there is a less expensive, pixel-shader based approach for this.

This can be done with masking. There are multiple ways to do it.

Another way would be to render the foreground into a buffer, a little bit more than you'd actually see. Then do some "to black" pass and maybe a blur pass. Now render the output of this set of passes and then the visible section of the foreground buffer.

To support multiple lights at different angles, you can just do the previous step multiple times, or accumulate them all in a single buffer. The math will vary based on what you're trying to achieve, but a first guess at what's going on in that first video is that they just take the position of the light against the position of the camera (center of the visible area) and then use that vector (scaled) to determine how to offset the shadows. Something like:

Lights that are "closer" to the scene will have a smaller scale factor. If you want multiple depths, there's some math to work out there, simple geometric stuff.

Not the answer you're looking for? Browse other questions tagged xna 2d fragment-shader shadows or ask your own question.