I am trying to build an infinite fog shader. This fog is applied on a 3D plane.
For the moment I have a Z-Depth Fog. And I encounter some issues.

As you can see in the screenshot, there are two views.
The green color is my 3D plane. The problem is in the red line. It seems that the this line depends of my camera which is not good because when I rotate my camera the line is affected by my camera position and rotation.

I don't know where does it comes from and how to have my fog limit not based on the camera position.

Next I want to rotate my Fog to have an Y-Depth Fog but I don't know how to achieve this effect.

It seems that this is caused by _CameraDepthTexture, that's why depth is calculated with the camera position.
But I don't know how to correct it... It seems that there is no way to get the depth from another point. Any idea ?

Here is another example. In green You can "see" the object and the blue line is for me the fog as it should be. 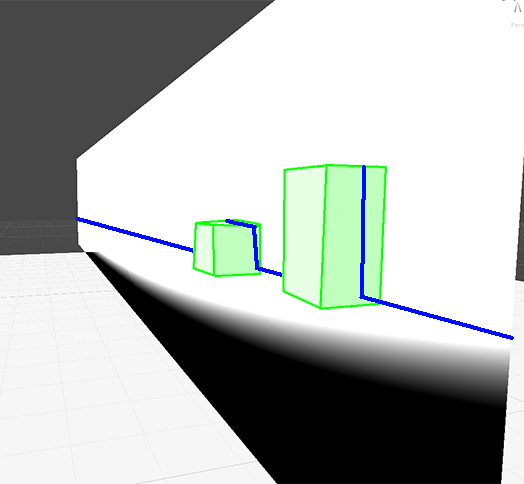 Well this can't be solved in a single rendering pass, you need to render your scene from another point of view (different camera) to a separate off-screen render buffer in a different pass and then convert this buffer into a texture and bind it to _CameraDepthTexture.

The new camera position might "follow" some constraint depending on how you want the fog to look like, (e.g. its position might be aligned to the world z-axis or perpendicular on some plane. which is something not very clear in the example)

Not the answer you're looking for? Browse other questions tagged unity shaders glsl hlsl fragment-shader .