Does anyone know tools to generate convex collision geometry from given 3D model?

For example, UDK's Static Mesh Editor can do this; Valve instead recommends to use smoothing in 3D editor.

Does that tool exist? (it even can be commercial, not free, but could be obtained separately, without particular engine/SDK/bundle...)

I suggest automatically generating, and maybe caching, the convex collision meshes instead of creating them by an external tool. However, I am not sure which of the following ideas is what you want.

Do you want to end up with a single convex shape for a single model? That would be a convex hull around all vertices. Of course that simplification results in not that accurate collisions but on the other hand it is very fast compute them. Moreover, you have only one physics body per object which is faster than the alternative below. 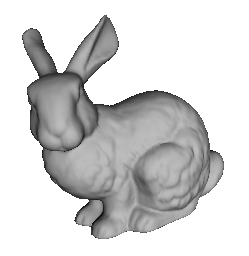 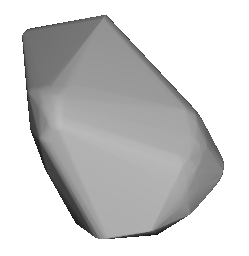 Do you want to end up with several convex shapes for a single model? Then convex decomposition is what you want. For example Bullet Physics has an algorithm called HACD built in to perform convex decomposition. There is also a standalone version you could integrate in your own application. Furthermore, the algorithms allows you to specify the amount of detail and number of clusters in the result. 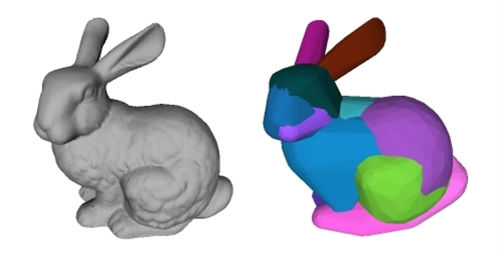 This screenshot is from the algorithm author's blog linked above.

Not the answer you're looking for? Browse other questions tagged collision-detection tools content-generation or ask your own question.

5
How can I create a set of collision points for an arbitrary mesh?

6
Which programming language to use for tools?
5
3D Particle-Geometry collision
10
Tools for developing C64 Games
11
Tools for game script / storyboard
4
Collision detection of convex shapes on voxel terrain
4
How do I generate a torus mesh?