How do “community patches” for commercial games work?

For a lot of games, mostly role-playing games (Gothic 3, Oblivion, Skyrim, Titan Quest to name a few), there exist community patches. So, patches that are made by the communities, not by the developers.

How does this work? Most commercial games are not open source.

How can someone without source code access provide a patch?

patching community-management
Share
Improve this question
asked May 16 '13 at 14:18

A "community patch" could mean one of two things (or some combination thereof):

You don't need the source code to patch a game; game's that are reasonably well-engineered tend to be driven by data that is stored independently of the source, which makes it much easier to patch. Even if a game did not keep source and data distinct, or did require a code patch, you could also accomplish this by reverse-engineering the compiled executable and building a patch for that.

The easiest way for the developers (who tend to make games for commercial purpose) to make community patches is to give the players an SDK/API or whatever has been created strictly for the game. Of course a normal player will not have access to the 3D Studio Max, but the developer can provide something else, like the 3d item prospector, 3d world builder etc.

Bethesda Softworks has provided the Skyrim community with the Skyrim Creation Kit which is a combinatin of all tools that were used to assamble the game, by level designers, game designers. 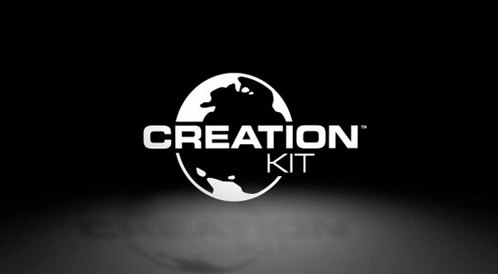 It has complete solutions for the AI system along with a complex NPC talk-action dialogue system. That way the players can do anything to the game, no source code is needed. As the matter of fact the Skyrim uses Havok Physics engine, and I am sure that distributing the expensive Havok Engine soucecode would make the Intel corporation rather unhappy.

The community creates various patches that are shared over the net. Even though the company has no money from the additional player-made patches, it encourages players who play on a pirate game version, to buy one because it gives you access to the community mod patches along with the Creation Kit. Bethesda used some of the ideas/solutions provided by players in mod packages upon creation of the official game patch, which was free. And later they have used some of the mods in creating the official Skyrim expansions such as the "Dawnguard" or "Dragonborn" which cost about $15 each.

It doesn't have to be opensource to encourage players to create using the SDK (Software Development Kit) you provide. Thus delivering source code isn't mandatory to create the game fully "modable". The best proof of that is Skyrim - 4+ large official patches and 15,000+ community made patches with 16+ patch combo's with major bug fixes done by enthusiasts.

Not the answer you're looking for? Browse other questions tagged patching community-management or ask your own question.

14
Ways to manage changing designer data alongside changing player data
37
How do patches in games work?
77
How does one make games playable before they are fully downloaded?
0
How can you effectively filter your community feedback?