I do not know how to wrap around the terrain and all the items which are on the terrain(NPCs etc) I thought of portals, but then I have problems on the corners of the terrain. In 2D it is quite simple(even trivial), but on 3D I cannot find a solution.. Any advice or tutorial ailable?

Have a matrix of chunks that make up the visible area around the camera. The chunks will use modulo, just like in 2D, to determine which chunk of your wrapped 3D world they should contain. 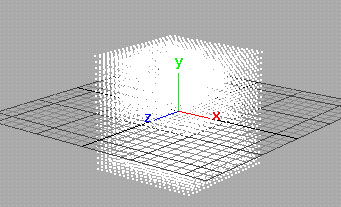 Each dimension is like a conveyor belt, loading and unloading chunks as the camera moves along its axis.

Now, when it comes to drawing, you just reference the chunks loaded around your camera. If the wrap of the world was small, there would be duplicate chunks referenced in the chunk matrix. The view frustum doesn't need to know anything about where the world wraps, it just looks at the loaded chunks.

Not the answer you're looking for? Browse other questions tagged terrain-rendering or ask your own question.