How to add a feel of depth?

I have several mountain models drawing in the background. See actual screenshot here: 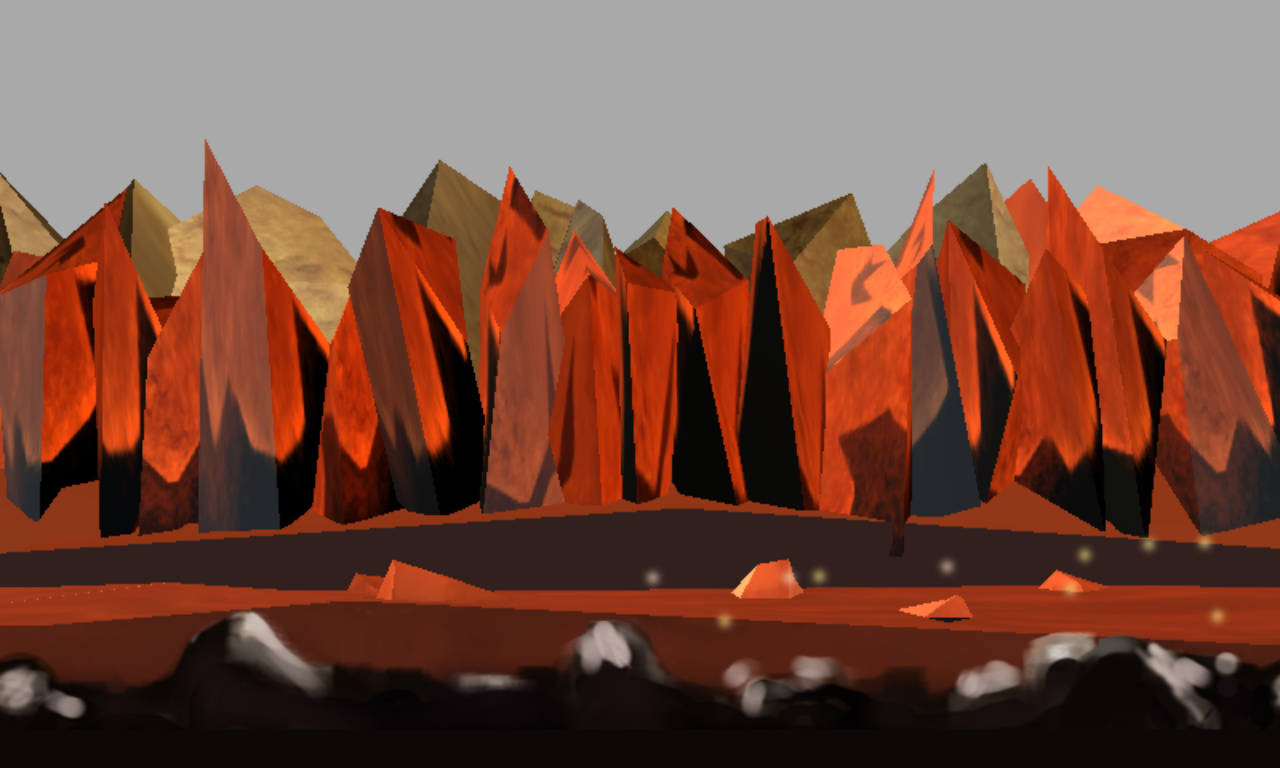 At the very back, you see those grey mountains. Although they are so much in background, it still doesn't seem "in the background".

How can I add a feel of depth to those mountains? I would like see them as far far away.

This is how it looks now, thanks to DarenW 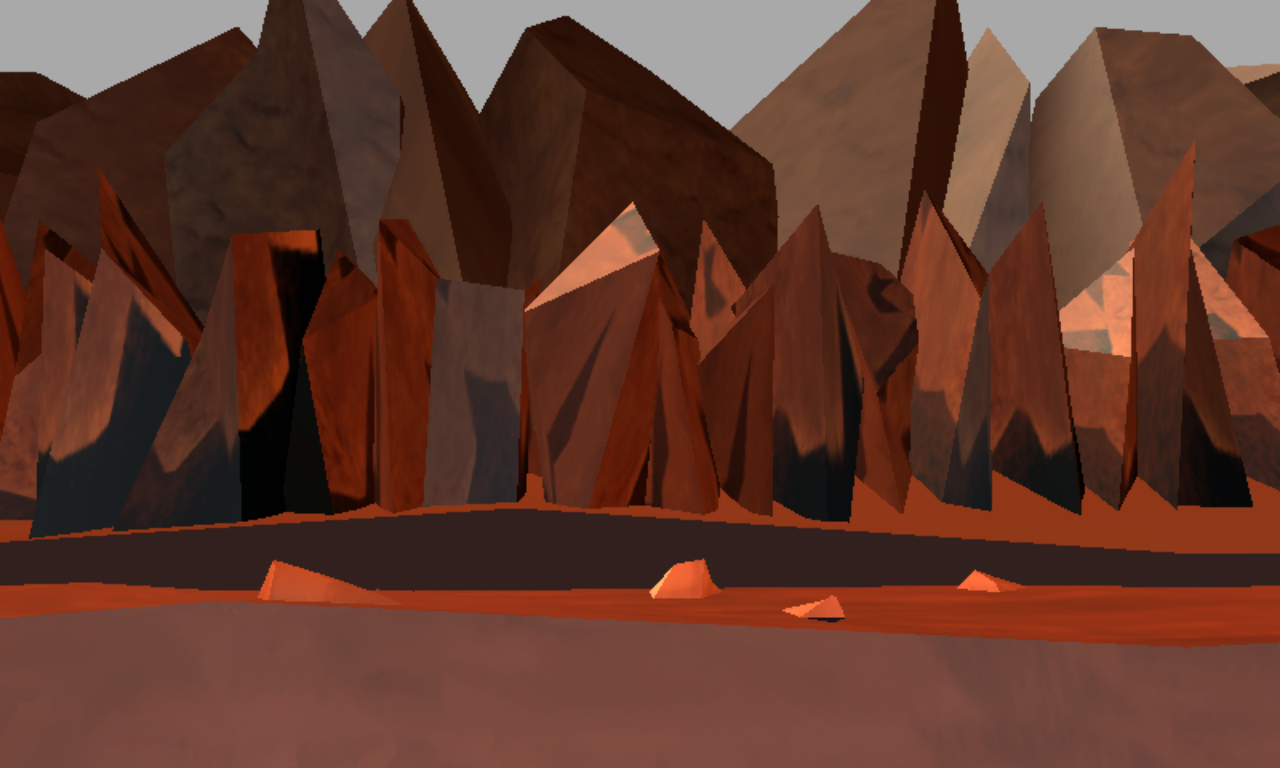 The spikey intense orange objects are pushing in front of everything. In visual arts, distance is indicated by:

For far away objects which will always be shown far away, production effort may be minimized by making the original image assets pale, light, and blurred appropriately. Then no extra run-time compositing effort will be needed.

Although you're working in digital arts, there's a ton of accumulated wisdom in the traditional media world of fine art. I visit wetcanvas.com for that, and also https://graphicdesign.stackexchange.com/ because I like the SE way of doing Q&A.

The most important aspect of making mountains appear distant is to make them closer to the color of the sky. If you take a picture of snowcapped mountains that look distant, and use a color picker on the white snow, you will usually find it is actually a pretty strong blue. Mountains that are orange covered with a blue overlay will still look orange by contrast with the blue sky.

Magic happens on the second row of mountains where they should get some edge blur, less detail, some highlight coming off the bottom and get in color value with the sky. If you could get some Z fog in there that would be good.

Google some "landscape haze" and deconstruct it carefully.

Also take a look at http://www.youtube.com/watch?v=CgogMP-kbA0

There is a PSD plugin that can generate Depth map out of single photo so that can help you as well http://www.kolor.com/neutralhazer-haze-remover-photo-photoshop-plugin.html

Not the answer you're looking for? Browse other questions tagged art or ask your own question.

5
How to become a Game Artist?
25
How do I teach my artist to do art for games?
2
How can I batch-convert TexturePacker .pvr.ccz files to .png?
2
How to achieve an aesthetic which looks like hand-made pencil and paper drawings?
4
How to give depth to a top-down shooter?