What game mechanic can I use to show that the player character is bored?

I'm designing a part in my game where the player must notice that his character feels bored about a certain mundane task he is doing, without being boring for the player.

By observing the game mechanic, the player should understand that his character is bored or fatigued. To keep the player interested in playing though, the mechanic has to gamify that mundane process into something interesting or challenging.

How could this be done?

Just a whistle and blow bubble animation would do well.

Because people don't wear wrist watches anymore, you could have the player take out a phone device and start flipping through that.

The classic Sonic waiting animations are good too. 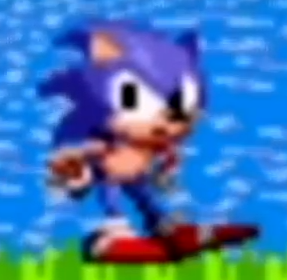 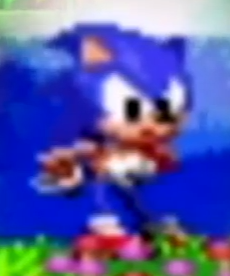 Though this isn't a game mechanic, it's just a visual animation.

If you're wanting the design to be central to the game, or at least to the section of the game in which the boredom occurs, you could desaturate the screen.

Since you're wanting to express boredom in a visual/mechanical medium, yet wanting to avoid mechanical boredom, the logical conclusion is to implement visual boredom. Remove a large amount of color saturation while the character is bored, so the mechanics can remain fun while still showing the negative effect on the character. Conversely, when the character starts having more fun, the saturation can be brought back, maybe even enhanced beyond the normal for the game to express the relief/distraction.

Audio could be similarly used, but would be much more subtle and likely to be missed entirely unless the sound of the game is fundamental to the emotional feel throughout the game.

They can get distracted and disobey and you'll have to make them work by making them concentrate(mashing a button?). Not sure if this is fun, though.

I suppose a lot depends on how you want that boredom to affect the player character. Are they just zoning out at a basic work task, like folding laundry or assembling packets? Maybe the gameplay becomes simpler and simpler, starting with multiple inputs to do the first few iterations, then maybe just one click or press per iteration, to maybe even just hold button to continuously complete the task. This makes the gameplay becoming less interesting a metaphor for the lowered interest of the character.

If you want to emphasize how the boredom makes their will to continue working on the task suffer, then perhaps have the character start to look away, sigh audibly, or change the ui text that refers to the text to editorialize its plainness. For example going from "wash plate" to "clean the stupid plate" or "waste more of my life". Or each time the character looks away you have to manually "refocus" the character to get them to continue the task.

I guess i'm proposing to do unexpected, slightly erratic, innatural, comical if possible, small adjustments that are minor enough to just about give a hunch, fetch the users curiosity for "what next"?. Like the big artsts say: Give a small seed and let the audience imagine the rest themselves. Or, well - extensive exaggeration might produce some laughs too :-).

In Atelier Shallie, a mechanic is implemented to keep the player connected to the plot of the game in a relatively open sandbox though the "Life task system". The player may lead the player character (PC) to do whatever they like, but if the PC is preoccupied with a certain central task or problem, then the performance of the PC on unrelated tasks is lessened. As you can see here: https://www.siliconera.com/2014/04/14/atelier-shallie-changes-world-depending-play/ there are on-screen pop ups that give regular reminders of what the PC would like to do, and there is a special screen to see what tasks they would like to focus on.

You can implement a similar mechanic that keeps track of the PC's boredom, and lessens their performance if they are chronically bored. Show some on screen popups that gently guide the player towards the what the PC considers as "fun" and reward the player for doing these things by improving the character's performance. Like that you still give the player freedom to do what they want, but push them gently towards doing what the PC wants, and, indirectly through the PC, to doing what you want them to do.

12
What are the other three "game dynamics"?
25
How can I introduce time pressure on the player's decisions?
2
How do you determine the amount of moves/turns/lives that should be given to a player?
4
How would you define this mechanic in narrative based games?
4
Game Design - Challenging a player in an RPG-like game without removing easy cards
7
Why have the player pick up loot manually?
136
How to avoid players getting lost in and/or bored by the meta game?
5
How do I teach the players that their strong but slow attack can not be cancelled?
1
How can I make my race game fair with all players and keep it climatic?
4
If an AI is sure it is going to lose, what can it do to make the game fun for the player?