I have pretty much zero experience working with shaders as my first couple phone games were just 2d games that didn't use any sort of shaders. Now I'm working on a PC game that has a day and night cycle so I found a tutorial and implemented a shader effect with only a basic understand of how it's working. Enough so that I've been able to accomplish what I've desired with darkness and lighting. This is a 2d game as well. Anyway here's my shader effect that I'm using:

I didn't notice any problem at first on my 27" S-IPS 2560x1440 monitor. When I change primary monitors to my 1920x1080 LCD monitor the shaders don't appear to work the same. It doesn't have the soft gradient lighting from my lightmask. It's kind of difficult to describe. The outside edge of the lightmask isn't a fade into darkness. It's more of an abrupt change from being lighter to darker. I've tested on another computer and it's not working right on that other computer either. It has a 22" or so LCD monitor. Anyway I'm just confused as to why it's displaying different based on the monitor. I do scale but I start at 0.6f * hudScale so the lightmask is fairly large and starts even scaled down.

I really don't understand much about shaders so perhaps someone out there can help me understand why there is this difference of how the shader is displaying between monitors. My primary monitor is displaying it exactly how I like it, but more people have 1920x1080 LCD monitors than one like my 25560x1440 S-IPS LED so I want to to display the for all setups. 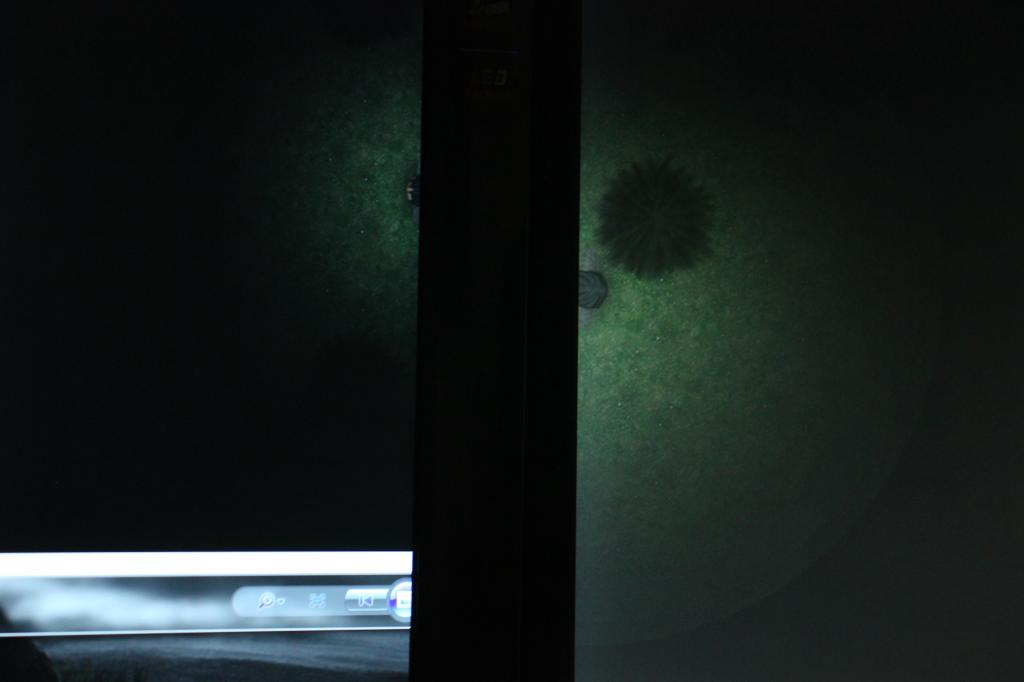 I suspect you're running into an issue with gamma conversion settings. If you're not familiar with this, check out the Gamma FAQ - although you don't need to understand all the details. It's enough to know that the relationship between a pixel value and the intensity produced by the monitor is non-linear, and varies from monitor to monitor (and also depends on OS/driver settings, etc).

Since your light mask is a texture that you've presumably created in some paint program, I suspect what's going on is that the texture contains a subtle sharp edge - perhaps going from RGB = 0 to RGB = some small number, like 10 (let's say) - and this edge is invisible on your primary monitor because the way it displays intensities makes 10 almost as dark as 0. Therefore you wouldn't have noticed it when you painted the texture. However, when you take it to another monitor, RGB 10 (or whatever) is a good deal brighter than 0, so the edge becomes visible.

If that's the case, a simple solution is of course to fix the texture. :) If you turn up the brightness of it in your paint program (using an adjustment layer in Photoshop for instance) you should be able to see the edge.

Alternatively, you might consider using a mathematical function in the shader to generate the falloff, rather than using a texture. If you choose a function that goes smoothly to zero within the boundaries of the sprite, that should avoid any overly-sharp edge being visible on any monitor.

Not the answer you're looking for? Browse other questions tagged xna c# shaders .