Should my platformer have collectibles? [closed]

By collectibles, I mean objects that you collect mainly for the sake of collecting them, not to power up. Think coins in Super Mario or bandages in Super Meat Boy.

I'm not interested in making features for feature sake. I'm purely wanting an opinion on whether collectibles should be included in a game and what should the collectibles do when you collect enough? Is a simple +1 life fine? Should there be some cool object you get? Possibly should collecting really change something hectic, like collect 100 coins and your character is invincible?

How do I decide if my platformer should have collectibles?

Closed. While I disagree with the closing as according to the FAQ What should be asked game design (level design, gameplay, mechanics, etc). I got some nice pros and cons from everyone. I have updated the question slightly to be more specific.

You don't say anything about what your game is, so it's hard to know whether you should or shouldn't have such collectibles.

Some platformers do have additional tokens to collect, and some don't. There's no tradition that requires they be included in a game. What matters is if they fit in how your game should be played. I imagine you're more likely to be able to think of games where there's some sort of reward for collecting them. Some games offer extra lives for collecting enough things, others allow unlocking additional features (areas, characters, all sorts of stuff). If there's a purpose to them, they can add additional replay value or extra goals for skilled players.

The Super Mario Bros. games award extra lives (among other things depending on the title) for collecting enough coins, giving them a specific purpose and a reward. The reward for players skilled enough to collect more coins, is that they earn additional chances in-game. Mario games are more arcade-style gameplay, and the player benefits directly from being able to earn additional lives.

Metroid, on the other hand, does not feature similar non-upgrade collectibles. Your tokens are either direct upgrades (new armor, weapons, etc.) or health and ammo. There are no extra things that exist solely to be collected. This doesn't hurt the game because the game isn't designed around the need for such collectibles.

Both of these series are considered classic platformers, one has them, the other doesn't. The list could go on, of course...

Look at the design of your game and determine what the purpose for collectibles would be. If you think your game would benefit from them, try it.

Good platformers that have collectibles (and how they're used):

Good platformers that don't (and why not):

There is much to be learnt from history.

It's a matter of game design. Collectibles are common in platformers, but they are not necessary or traditional. Even when they are used, they are used in very different ways as to gameplay.

Use them wisely, if at all.

Collectibles can also be used to communicate hints to players. They can "suggest" players to perform certain actions. Look at this screenshot from Giana Sisters: Twisted Dreams. The goodies here mark the ideal jump trajectory over a pit. They tell the player "That's how you have to jump": 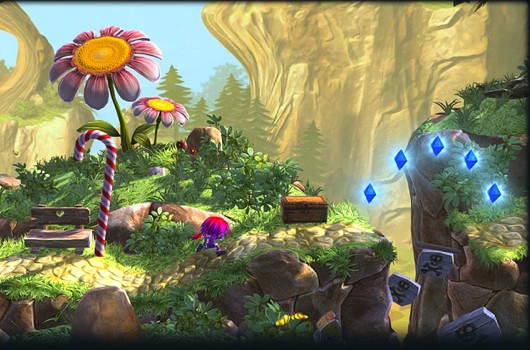 Goodies can also tell the player if they already were in a certain location before or not (when there are still goodies around, the location must be new). So they are also a valuable navigation help, especially when your level design is complex and you lack the graphic design resources to make each location sufficiently unique.

Would you like to have collectibles in your game? If so, have them. If not, don't.

If you are looking into designing the platformer, consider other parts of platformer design too, as mentioned in this blog post:

Collectibles arent necessary in platformers. They are a choice decision by the game designer, in the overall design of the platformer gameplay.

Not the answer you're looking for? Browse other questions tagged game-design platformer or ask your own question.

10
How do you decide when your feature list is long enough?